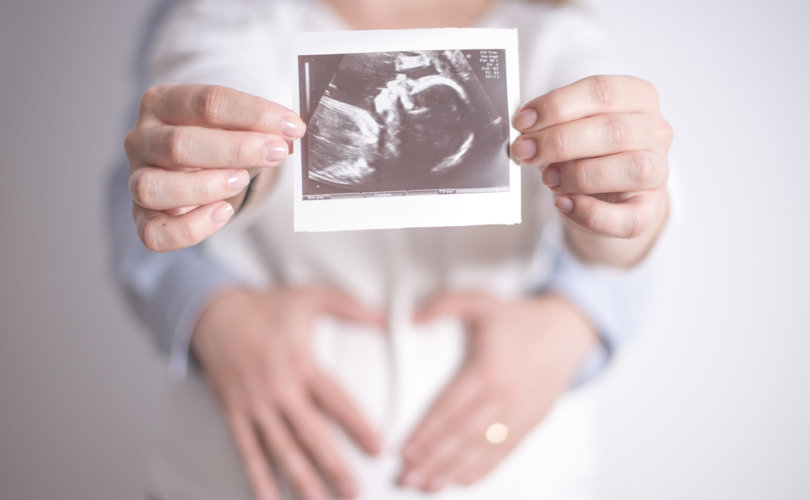 January 27, 2017 (EndtheKilling) — It is common knowledge in the pro-life movement that the “pro-choice” media is, for the most part, “pro-abortion.” This is not an attempt to demonize their motives, but simply the only rational conclusion that observation can produce. Consistently, the media and their abortion industry allies portray legislation that would give women more information—informed consent, information concerning the baby’s development in the womb, ultrasounds—as “anti-choice,” when in in fact these policies simply allow women to make their irreversible, permanent decision with more facts. That those facts often prove persuasive in swaying women to choose life is evidence that providing them with these facts is not only useful, but should be, if “pro-choice” meant anything at all, imperative.

The most recent example of the media’s pro-abortion bias is an essay released in The Atlanticby Moira Weigel titled “How Ultrasound Became Political.” The essay is intended to be a hatchet job on pro-life legislation and the lawmakers who seek to pass it, but instead reveals something ugly about the writer and the abortion mindset. Not only that, but the entire essay is coated with a patchy veneer of scientific terminology while being scientifically incoherent. An example:

Doctors do not even call this rapidly dividing cell mass a “fetus” until nine weeks into pregnancy. Yet, the current debate shows how effectively politicians have used visual technology to redefine what counts as “life.”

The ignorance in that statement is cringeworthy. First, “fetus” is simply an age categorization (Latin for “young one”), just like zygote, embryo, newborn, toddler, and adolescent. Second, politicians have not defined—or “redefined”—what counts as “life.” The fact that a unique, new human life begins at fertilization is an established scientific fact taught in embryology textbooks in medical schools across the continent, and is contested by no credible expert in the field. Weigel is simply trying to pretend that we do not know things about when human life begins that we do in fact know, and for explicitly ideological purposes.

Weigel goes on to claim that the ultrasound (being, of course, a photo of the baby in the womb) removes women from the picture entirely. This sentence, for example, clearly shows her attempt to frame a medical tool as an anti-feminist attack on abortion rights: “Ultrasound made it possible for the male doctor to evaluate the fetus without female interference.” Who says the doctor is male? Does this scenario change if the doctor is a female? And how does examining a photograph of the developing human being in the womb involve doing an end run around the woman? Weigel’s words are loaded with innuendo that betray her inability to see the abortion debate outside of her feminist framework.

Even when citing stories of women who changed their minds about having an abortion after seeing an ultrasound, Weigel deliberately selects stories that subjectivize what happened, quoting women who announce that they now “believe” that what they saw was a human. Of course, what they believe isn’t particularly relevant to the scientific reality: the human being developing in the womb is a human being. Weigel wants that fact ignored, and performs all sorts of rhetorical gymnastics to ensure that it is.

Later, she writes, footage of the abortion procedure as well as photos of the baby in the womb are being used to “redefine fetuses as persons.” Here, again, her statements fail the test of both history and science. Roe v. Wade toppled abortion laws that were championed in the 1800s by doctors as their knowledge of life in the womb increased. Roe v. Wade was not a recognition of established science, but a war on laws that were passed to reflect an increased knowledge of human life in the womb. This history is inconvenient for the science-deniers of the abortion movement, but easily discoverable to anyone operating outside the confines of abortion ideology.

One final point: As I’ve written before, the fact that abortion advocates like Weigel dislike the idea that an ultrasound photograph could dissuade a woman from having an abortion reveals, starkly, their dedication to the abortion industry. This essay fails to accurately reflect—or even consult—established science. It misrepresents history by ignoring the fact that doctors pioneered abortion legislation prior to Roe v. Wade in the first place. And it presents attempts by the pro-life movement to provide women with more information in the hopes that they choose not to end the lives of their children as draconian attempts to control women. Weigel’s worldview is a sad one—when abortion rates decline, we should all be able to celebrate. Some, unfortunately, see it is cause for complaint.