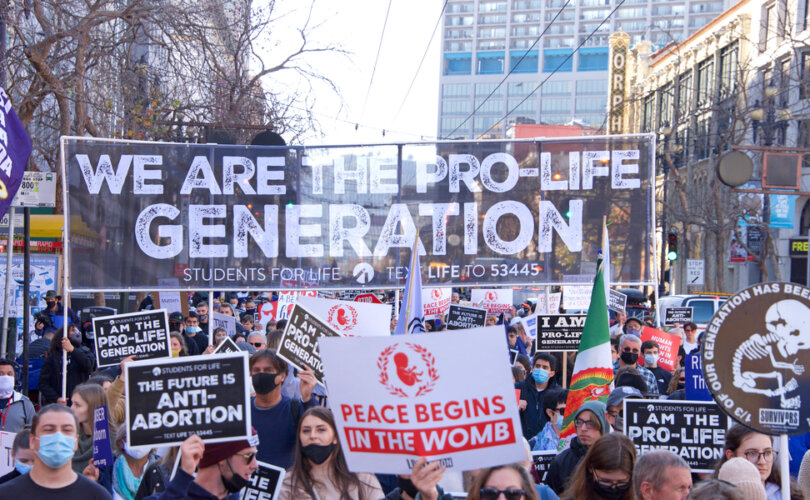 (LifeSiteNews) — In defending life at the ballot box you are, to quote the late Pope John Paul II, “Doing the most important work on earth.”

That statement from John Paul II comes to us through the founder of the Population Research Institute, Father Paul Marx, OSB.

Marx traveled to Rome to meet the new pope shortly after his installation. The Polish pope, upon learning that Father’s last name was Marx, asked him if he was related to Karl. Father Marx laughed and said, “Only through Adam and Eve, Your Holiness.”

Marx went on to share with the pope his efforts to protect the unborn. He spoke of fighting the legalization of abortion, and of creating pro-life organizations around the world to do battle with the culture of death.

John Paul II listened intently and then, after a moment of prayerful reflection – the pope always prayed before speaking – said with great emphasis, “You are doing the most important work on earth.”

Marx took the pontiff’s words as both a blessing and a command. And so should we.

Why did John Paul II call fighting for life the most important work on earth? For two reasons, I think.

The first takes us back to the book of Genesis, which makes clear that the earth was created by God for the propagation of human life. That is why the first commandment given to our first parents, Adam and Eve, was to “be fruitful and multiply.” This commandment remains in force today. God doesn’t change his mind.

We have literally been put here on planet Earth to cooperate with God in bringing souls into existence, and babies into the world.

Yet right now, a slaughter of the innocents is occurring at a rate unprecedented in human history. Worldwide, the lives of perhaps 60 million unborn children are snuffed out each year. In the U.S., nearly a million children lost their lives in 2020, although these numbers are now in decline thanks to the end of Roe v. Wade.

This is, I believe, the second reason why John Paul II underlined the importance of defending the unborn. This tsunami of abortions constitutes the biggest ongoing violation of human rights in history. And it is a violation of the most fundamental right of all: the right to life.

The Catholic Church, throughout its long history, has always been clear on the unique evil of abortion. This is the first right enshrined in our Declaration of Independence, and for good reason. The Christians who signed it understood that, without the right to life, all the other rights are null and void.

Finally, we can’t forget how we reached this point, by decades of fasting, prayer, and political involvement. Pro-life Americans must storm the polls in overwhelmingly large numbers this November to ensure that our newfound gains are not turned back. The time to recruit and register new voters who will vote to preserve and expand protections for life is now.

Make no mistake, the end of Roe has energized the abortion movement and their allies in government. It is easy to feel overwhelmed by the enormity of the forces arrayed against us. They appear – in the natural world at least – to be far more powerful than we are. They can send dozens of heavily armed FBI agents to the homes of peaceful pro-lifers to terrorize and arrest them on trumped up charges.

But we are not alone. Behind us stands the mighty company of Heaven. And we can rely on Our Lady’s promise that “In the end my Immaculate Heart will triumph.”

But, in the meantime, we poor creatures of the dust, we poor Hobbits of this present darkness, must do our part. We must continue to fast, pray, and remain politically involved.

As President Ronald Reagan, for whom I had the great honor of writing a couple of speeches, once remarked:

And, right now, that “something” is voting a straight pro-life ticket. And doing our best to make sure that all of our friends and family are doing so as well.

Pro-life Americans must storm the polls in overwhelming numbers this Tuesday to ensure that our newfound gains are not turned back.

There is, as Pope John Paul II confirmed, no more important work on earth.