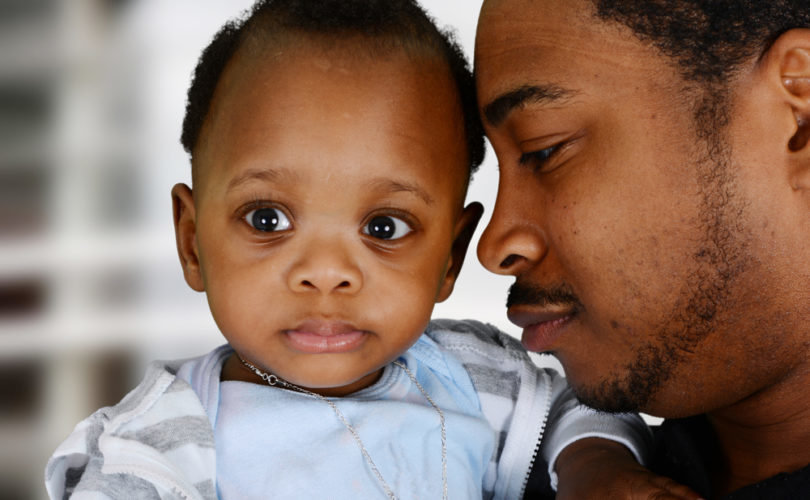 The NAACP exhibits that deterioration in so many painful ways. What was once an organization with a proud history, a legacy of liberation, and a focus on the most disenfranchised has turned into just another rusty cog in the “civil rights” industry.

I interviewed about a hundred attendees at Cincinnati’s “Black Family Reunion”. Ninety percent of those asked had no idea what the NAACP acronym stood for or what the organization’s mission currently is. The video shows how irrelevant the organization has become among black Americans. The NAACP isn’t for the individual. It’s for the corporation. Just take a look at who sponsors the organization and the (often absurd) resolutions passed at their multi-million dollar extravagant annual conventions. It’s amazing what happens to a “civil rights” group more committed to profit than principles.

When I was a kid, I enjoyed learning about an organization that boldly stepped in to stop the violence and destruction of real inequality. I never would have thought that I, as a biracial (black/white) adult, would be the target of such inequality. I could never have conceived that I would be sued (along with The Radiance Foundation) by the very organization I used to revere all because I exercised one of my most basic civil rights–free speech. When the ACLU sides with us over the NAACP, acknowledging the abuse of trademark law to silence speech, you know just a little bit of hell has frozen over. The case is now before the Fourth Circuit Court of Appeals this week in Richmond, VA, March 24th through the 26th. Our hope is that three justices will undo the outrageous harm Federal Judge Raymond Jackson has done, not only to us, but to the precious First Amendment right of free speech that we all share. (Read the outrageous Opinion and Order and the Permanent Injunction Ruling.) We’re grateful Alliance Defending Freedom has been defending our civil rights in light of the NAACP’s efforts to censor us.

The NAACP, a multi-million dollar victim-based organization, felt threatened by a tiny little non-profit and a citizen journalist who simply parodied their name, calling them out for their brand of failed liberalism. If I had to sum up my feelings about the hard-left group, I’d say they’re more interested in their exaggerated “school to prison pipeline” than the fatal womb-to-abortionist pipeline. They don’t think that children deserve a mom and a dad, because their LGBT activism declares men and women are simply interchangeable. They clearly don’t think the epidemic of fatherlessness in this nation is an issue, despite the fact that 72.3% of black children are born into homes without fathers. And as this lawsuit has shown that integrity and truth matter little to NAACP leadership, it’s no surprise that they think dirty coal is more of a concern than dirty politicians. When the president of the Louisiana NAACP chapter (Danatus King) heads a “Justice for Jefferson”committee because it could only be because convicted Congressman William “$90k-in-the-Freezer” Jefferson was being targeted because he was black, it shows how far NAACP leadership will go to excuse corruption. They’ll pursue conservative blacks whose only “crime” is not being liberal while liberals who act unethically, like Eddie Bernice Johnson (the Congresswoman who “improperly” gave scholarship funds to, whoops, her own family members in the Congressional Black Caucus Scholarship Scandal), can do no wrong.

The wrong that our research has found is that the NAACP, no matter its dishonest protestations, is radically pro-abortion. Their foray into abortion advocacy was joining NARAL and Planned Parenthood’s “March for Women’s Lives” back in 2004 which was a direct response to the passage of the 2003 Partial Birth Abortion Ban Act. Apparently, discrimination and deadly violence are okay sometimes.

Today, the NAACP fights relentlessly for a teenage girl’s “right” to an abortion, but won’t fight for her right to an education. All across the country, the NAACP stands with Big Ed as it shoves aside millions of minority parents who want “school choice” for their children stuck in failing public schools. My wife was a teacher in public and private schools for 10 years. We know many teachers do all they can do to educate, but federal bureaucracies and union politics make it impossible to do it effectively and efficiently.

I wanted to see what the NAACP sees as valuable, or at least decides what is worthy of communicating to its donors. I almost had to laugh, as I reviewed the NAACP’s 2013 Annual Report. (Funny, there’s not one mention of gay “rights” or “marriage equality” in it at all considering the inordinate amount of time the NAACP has championed “gay marriage” and LGBT “equality”.) Even funnier to me, on page 29 were 2 paragraphs dedicated to our free speech lawsuit against them, among 54 pages boasting of their “historic civil rights achievements”! Despite making their prochoice position very public in 2004, the civil rights group continues to deceive its donors and major supporters with its duplicity, claiming in the report that The Radiance Foundation “attacked the NAACP based on its belief that we espoused a pro-choice platform.” No, NAACP. It’s based on your own press release, on your 2004 Pro-Abortion Resolution, on your $1000-a-Margaret-Sanger-Circle-Ticket to hear NAACP CEO Ben Jealous speak at a Planned Parenthood fundraiser, on your receipt of funds from Planned Parenthood as a corporate sponsor, and your denunciation of our Black & Beautiful: TooManyAborted.com billboards as racist. Those, of course, are merely a handful of examples.

The Radiance Foundation is honored to be featured in the historic, yet wayward, organization’s yearly report. Nothing says civil rights like denying others of their First Amendment rights! The cover of that same NAACP Annual Report declares in bold writing: “We Will Not Be Moved.” They’ve moved all right (or should I say all left?), and continue to slide further down into liberalism, crushing real civil rights along the way.