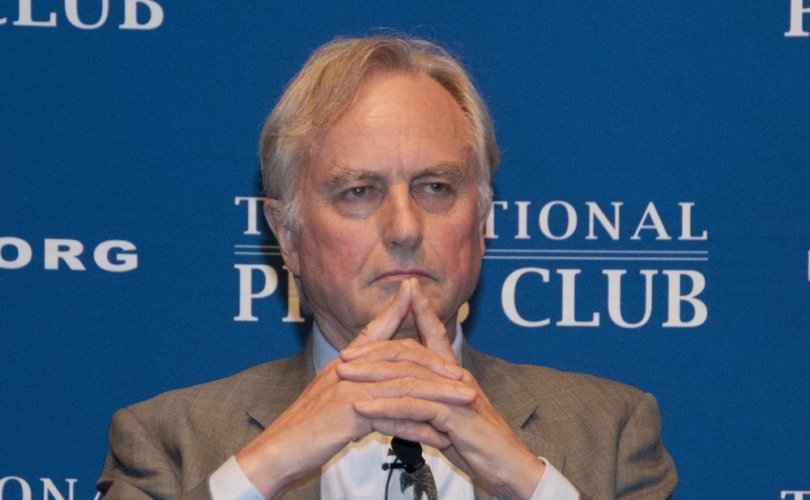 February 27, 2018 (LifeSiteNews) – A popular tendency of our day is the reduction of anything and everything to the purportedly universal claims of scientific or empirical data. This reductionism tends to regard the modern sciences and their ongoing development of technology as the sole measure of the truth of any and every statement, and indeed, as mankind’s true source of salvation and liberation. The quasi-religious pretensions are not difficult to see, which has led to the coining of the term “scientism.”

Modernity expects people to hand over their intellects to a mysterious oracle called “Science,” a source of dogmas more unquestioned and blindly trusted than ever the papacy was in the Dark Ages. Christianity, in contrast, requires believers to submit their minds to an infinite God of truth who created all things—a worthy object of worship and obedience.

The “new atheists” assert that Christians, by profession as it were, have a contempt for hard facts. In reality, it would be impossible to find a religion more friendly to truths of nature and history and more encouraging of those who devote their time and effort to studying them.

Consider the five proofs for the existence of God offered by St. Thomas at the beginning of his Summa theologiae. Not a single one is based on something subjective or psychological, such as a “conversion experience” or an “inner voice that speaks of good and evil.” In spite of the difficulty of grasping Aquinas’s compressed and demanding metaphysical arguments, all of them are based on obvious facts evident to all observers of the natural world, or easily inferred from what is known by common experience: motion, causality, necessity, diverse grades of qualities, and the activity for the sake of an end found in natural things (plants, animals) that do not have reason or will to guide their actions.

Consider the Christian’s faith in the resurrection of Christ, which, according to St. Paul, is the foundation of our hope of everlasting life. Our belief in the resurrection is based upon the testimony of contemporary eyewitnesses, who tell us that they saw the risen Lord. Moreover, the dialogue between Christ and the Apostle Thomas is the epitome of empiricism: “I will not believe until I place my hand in His wounds,” says the doubting Thomas, and Christ obliges: “Place your hand in my wounds, and doubt no longer.” The disciples who followed Jesus were so confirmed in their faith by the forty days He spent with them after His resurrection that they went on to preach the Gospel everywhere they could get to and suffered agonizing martyrdoms rather than deny the truth they saw, heard, and touched.

Consider the procedure followed by the Church in investigating miracles. The purported miracle is submitted to intense scrutiny. Expert witnesses (non-believers, if possible) are brought in to assess the scientific account that can be given of the event. Only after experts have rendered their judgment that, for example, a sudden and total cure of advanced cancer flies in the face of scientific explanation will the Church then be ready to declare this event an intervention of God at the behest of a saint. It would be difficult indeed to find any human institution that proceeds as cautiously and thoroughly—shall we say, as scientifically?—as the Church does in such matters.

There is no religion that has more uncompromisingly held the total harmony of faith and reason, divine revelation and natural evidence, than the Catholic faith. Her greatest theologian, St. Thomas Aquinas, makes this all-embracing openness to truth fundamental to his entire body of work, where the insights of the pagan Aristotle, the Jew Maimonides, and the Moslem Avicenna, as well as innumerable empirical observations drawn from daily life, nestle side by side with quotations from Sacred Scripture and the Fathers of the Church. Truth is truth, whatever source it comes from. You will not find in Thomas an anguished tension between nature and grace, reason and revelation, but rather a calm and abiding confidence in the power of divine grace to perfect nature, healing it, restoring it, perfecting it, elevating it beyond everything it can be and do on its own. The Church has never put herself in opposition to empirical evidence, as long as those who make use of it are careful to make no claim beyond what the evidence justly warrants—which means, above all, that men not be proud and headstrong regarding what they know and what they do not know.

Unfortunately, there are many who are proud and headstrong in just this way, men who think they know either less or more than they really know and who therefore take Catholics to task for saying more or less about reality than they themselves would. Rudolph Carnap (1891–1970), the empiricist logician, had the following nugget of wisdom to offer:

We agree with this view of Hume which says . . . that only the propositions of mathematics and empirical science have sense, and that all other propositions are without sense.

It takes a lunatic in a mad world to say something like this. Imagine that: only mathematical and scientific statements make any sense at all, while every other kind of statement—literary, romantic, religious, metaphysical—makes no sense at all. It’s pure subjectivity, sticky poetry, unintelligible nonsense.

Carnap admits he is voicing the view of David Hume (1711–1776), one of the very few men in history who was religiously stunted in his growth, if one may so put it—a kind of spiritual imbecile who could discern nothing beyond his mutton, porridge, and beer. Let us hear him speak:

Celibacy, fasting, penance, mortification, self-denial, humility, silence, solitude, and the whole train of monkish virtues; for what reason are they every where rejected by men of sense, but because they serve to no manner of purpose; neither advance a man’s fortune in the world, nor render him a more valuable member of society; neither qualify him for the entertainment of company, nor increase his power of self-enjoyment?

Hume’s followers will claim that clergy are the victims of waves of credulity having their origin in some charismatic person who long ago claimed to speak authoritatively about the wishes of God in order that his own desire for power might be satisfied. Sometimes the Humean will go further and say that the clergy as such are power-seekers who have sublimated their thirst for control into what they call a refined “spiritual mission.” This is the same tiresome reductionism that we find in the poet Lucretius among the ancients, and in Karl Marx, Friedrich Nietzsche, Sigmund Freud, or Jean-Paul Sartre among the moderns; and frankly it isn’t very clever.

The saints are the silent, perpetual refutation of this sort of reductionism. Acquaintance with them makes one aware of the superficiality of the modern critique of religious motivation. In the end, the saints are infinitely more satisfying, more inspiring, more human, more real, than the sociological constructs and stick-figures they are reduced to by their foes.

The faithful Christian is capable of dwelling in a region that includes not only all the things valued by the secular “scientific” man, but far more than such a person ever dreamed of. The greatest difference is that a Christian actually sees the point, the purpose, the meaning, of what the secular man accepts as raw truth but cannot make ultimate sense out of.

For the believer it is not a question of rejecting one thing to get something else, but of embracing the whole, and preserving the parts intact as a result. The intellectual lesson Christianity can give to the world is a lesson of the whole: what it means to hold together the whole and not lose any of the parts, but gather them together for the sake of guarding and strengthening the integrity of the whole.

When the faith has become conscious of itself and capable of formulating an understanding of revealed mysteries—that is, when faith has become theology—it can show to believer and non-believer alike that human truths and beliefs, values and judgments, are so many fragments associated with and even alluding to one another in the larger context of a definitive whole, the revealed Word, which precontains them and provides their one and only foundation of intelligibility.

Even when the Faith is worthily proclaimed, however, it does not follow that people will embrace it. The mystery of evil is nowhere more striking than when those to whom the liberating truth and blessed good of Christ is preached turn against it and against their very souls, and walk away, as most listeners did when Jesus called himself the Bread of Life (John 6), or when Paul preached the resurrection to the pagan Athenians (Acts 17). “God created us without us: but he did not will to save us without us,” as St. Augustine said. The truth man hungers for is a truth he can reject, even in the face of starvation. There is no guarantee—nor given the nature of freedom could there be—that the proclamation of truth and goodness will meet with the humble gratitude and joyful acceptance which are the only appropriate response to such good news.