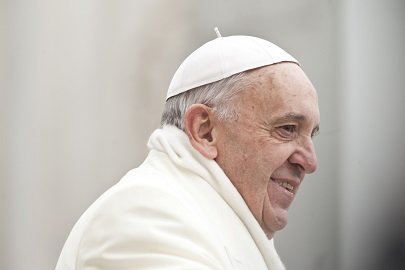 April 20, 2021 (LifeSiteNews) — Many think that the idea of a pope being overturned for heresy is utterly unthinkable. Yet it is the sort of scenario that was patiently and thoroughly discussed by many of the greatest theologians of Catholic tradition, especially during and after the Great Schism, and even more during the Reformation period. The possibility of a heretical pope and how to resist him has been discussed quite a bit in former centuries.

Case study: the Portuguese Jesuit Francisco Leytam (1631–1716) dedicated to Cosimo III de Medici an enormous tome entitled The Impenetrable Shield of the Dignity of the Papacy (in the original: Impenetrabilis Pontificiae Dignitatis Clypeus). It had all the usual recognitions and permissions for publication. A digitized copy is available on Google Books.

This treatise dedicates a considerable section to how a heretical pope is deposed. In Section IX, §§77 (link here) Leytam considers the case in which the elected pope “does not respect the Sacraments or does other things contrary to the definitions of faith made either by Councils or by other popes preceding him” [ne observarentur Sacramenta, & ut aliquid fieret contra definitiones de fide tam in Conciliis, quam extra, ab aliis Pontificibus antecessoribus factas].

Leytam argues, citing authorities, that in this case “he may be deposed by the Church” [potest deponi ab Ecclesia]. The reason he furnishes is worth careful attention:

because those sinful precepts against that which is defined by faith in the Church are external signs which signify the internal disposition of a heretic: for heresy is not only signified in words but also in actions: whence if the pope does not wish to amend, he may be declared to be a heretic, in which case he will be censured immediately by Christ and deposed by Him: and then he would not be pope but a private person able to be punished by the Church [quia ille praeceptiones iniquae contra id, quod de fide est in Ecclesia definitum, sunt signa externa significativa interni affectus haeretici: haeresis enim non solum significatur verbis sed factis: undè si Papa ab his non vult emendari, potest declarari, ut haereticus, & censebitur immediatè à Christo depni: & tunc jam ut non Papa, sed ut persona privata potest ab Ecclesia puniri, ut suo loco dictum est]. (§78)

One wishes to shake today’s hyperpapalists awake with the caffeinated message that Catholic theology is a lot bolder and goes a lot deeper than the tidy syllogisms of Jesuit neoscholastic manuals or the well-intentioned musings, more sentimental than coherent, of Protestant converts from the twentieth century.

When the Open Letter of April 2019 accusing Pope Francis of heresy was first published (it has recently been published along with its companion documents and thirty-one items of commentary in a valuable offering from Arouca Press, Defending the Faith from Present Heresies), I recall that one reader objected that the seven heretical propositions identified by the Letter were “all about sex and Islam.” Leaving aside Islam, which is poised to overrun Christianity in its historical regions, we could respond: So what if the propositions are primarily about sexual morality? That is the main arena in which the devil has seduced the modern world and the modern Church. Yes, there are worse errors, but nothing is more like quicksand or tarpits than sins against the sixth and ninth commandments. The Open Letter focused on statements that are obviously heretical (which they are), repeatedly said, in important contexts, and backed up with actions. Many of Francis’s other doctrinal errors have been uttered in homilies or interviews, which carry just about zero magisterial weight (recall that it was a medieval pope, John XXII, who used the vehicle of papal homilies to articulate his errors about the afterlife). “Denzinger-Bergoglio” already exists for documenting hundreds of such deviations; the authors of the Open Letter confined themselves to the “smoking guns.”

If Christians in earlier centuries (especially the first five centuries) were perhaps too quick to label “heresy” any opinion they couldn’t immediately recognize as familiar and to brand as a “heretic” anyone with whom they disagreed, today we are vastly too elaborate and slow in pegging as heresy an opinion at variance with Scripture or Tradition, or identifying as a heretic someone who manifestly is one. Take Pierre Teilhard de Chardin, S.J.: how many people would wince to hear him called a heretic? And yet he manifestly was, a thousand times over. We can become victims of our partialities, crippled by our caution, stifled by our pseudo-scholasticism.

The words of Venerable Bartholomew Holzhauser, writing in the early seventeenth century, predicted a future of logic-choppers, of Scholars of the Law, who would fashion sophistries to avoid adhering to Catholic tradition and replace it with their novelties:

They will ridicule Christian simplicity; they will call it folly and nonsense, but they will have the highest regard for advanced knowledge, and for the skill by which the axioms of the law, the precepts of morality, the Holy Canons and religious dogmas are clouded by senseless questions and elaborate arguments. As a result, no principle at all, however holy, authentic, ancient, and certain it may be, will remain free of censure, criticism, false interpretation, modification, and delimination by man.

Holzhauser’s words describe what has transpired under Pope Francis: the Christian simplicity that holds fast to the truth and identifies error, deviation, and corruption is attacked by the self-appointed knights of the papacy who care nothing for holy, authentic, ancient, and certain principles while they exacerbate the crisis by their naïve complicity. We must let them go, for we probably cannot persuade them to think or act otherwise, and make sure that we ourselves maintain and proclaim the truth of Christ and His Church, which no one—not even an angel from God, a fortiori not a pope of Rome — can alter.