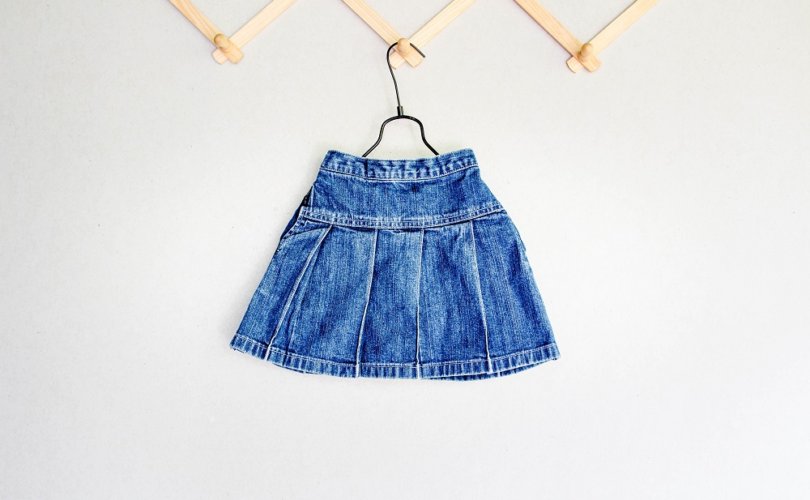 June 7, 2019 (LifeSiteNews) — Last week saw the deletion of another Twitter account by someone who aroused the anger of the mob. Fr. Kevin Cusick deleted his account when, after tweeting about the importance of modest attire in church, he was overwhelmed by angry responses. Actually, “angry” was not the right word. It was deranged.

In explaining why women should cover their shoulders, Fr. Cusick volunteered the suggestion that it was for the benefit of men who are otherwise distracted during Mass. This fits the same pattern of thought expressed by Maryann White, a mother who wrote to a Notre Dame student paper that the leggings worn by some female students in the Notre Dame Basilica distracted her sons. White also suffered a huge social media backlash. The more substantial objection made against both Fr. Cusick and Mrs. White is also that made against the judges or police officers who occasionally make the mistake of warning women that they increase the chance of being raped by wearing practically nothing, late at night, in less salubrious city districts, while under the influence of alcohol.

The key objection is that if anything bad happens as a result of women wearing certain clothing or behaving in certain ways, it is entirely the responsibility of the men who are the immediate causes of those bad things, whether it be impure thoughts or rape, not the women involved at a previous stage of the chain of causes.

No one would deny that blame for rape, to take the more extreme case, lies with the rapist, and it may seem over the top to suggest that anyone is suggesting anything different. The point, however, is that however carefully expressed, these kinds of remarks about the consequences of certain kinds of female attire are read as a form of “slut-shaming”: the accusation of having low sexual standards. And the fact is, there is a connection. Immodesty is an indication of low sexual standards, and Fr. Cusick and the others are, when all is said and done, accusing certain women of immodesty. The targets of this criticism are stung by it.

But hang on — you might say: Does anyone today (apart, perhaps, from Fr. Cusick’s supporters) care about being immodest? Isn’t the standard response to “slut-shaming” the “slut walk,” the flaunting of extreme immodesty? Surely, immodesty is a virtue among many today? And what could “low sexual standards” even mean in this day and age?

Well, strange as it may seem, accusations of sexual impropriety, made against women, remain the most furiously resented of all possible accusations. Accuse feminists of being cowards, liars, murderers, or thieves, and they’ll laugh it off. Accuse them of sleeping with anyone who asks, and they’ll turn up on your doorstep and burn your house down — in a manner of speaking — and then, no doubt, pretend to laugh it off, make a virtue of their promiscuity, and parade down the streets in their underwear to prove the point.

This is an empirical observation; the question of why this remains such a sensitive issue is another one. A century ago, people said the price women put on themselves affected their social prestige, desirability, or honor. Women who gave themselves away, so to speak, had a low value; women who held out for a higher price, a higher one. Is it possible that such an idea is at work in the minds of paid up feminists in 2019? They would certainly reject it consciously. All the same, search Twitter for “slut shaming,” and it is clear that something very strange is going on.

Whatever the explanation of this sensitivity about sexual standards, there is another difficulty with Fr. Cusick’s argument. If the problem with immodest clothing in church is its effect on men, then the same standards of modest clothing would logically seem to apply equally outside church — say, on the beach. But surely what we want is an explanation of why we have a special obligation of modesty in church — why, in fact, it is not right to wear beachwear to attend Mass.

Instead of talking about modest clothing, I would suggest we talk about clothing appropriate for the occasion. It is still possible, just about, to have a rational conversation about clothing appropriate for the office or for funerals; we should be able to have one about what is appropriate for Mass as well. One should not sport beachwear to Mass, if one can help it, for the same reason one should not wear it for a meeting with clients. More formal clothing is a way of showing respect to the people one is meeting. Never mind the other church-goers: in Mass, one is meeting, in a special way, the most important Person of all.