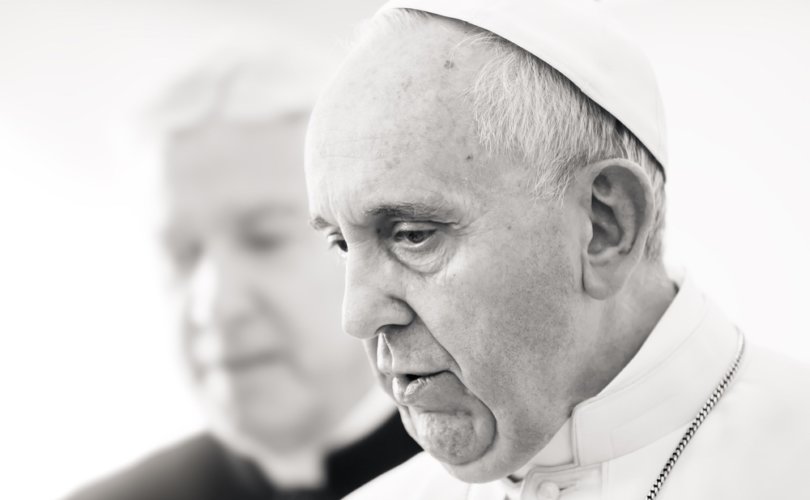 January 30, 2019 (LifeSiteNews) – Most Catholics are probably aware by now of Pope Francis’s airplane press conference comments about why schools need to provide “sex education” to children. I will admit that this past six years have battle-hardened me into a capacity for hearing and processing bad news, but even so, occasionally this pope of surprises can still make my jaw nearly fall from its socket.

It isn’t as if the Church’s Magisterium has not offered considerable guidance on this question, always laying emphasis on caution, modesty, discretion, and above all, chastity. In the 1920s, when the concept of “sex education” for married couples was first gaining ground, Pope Pius XI memorably said in his great encyclical Casti Connubii of 1930:

[W]holesome instruction and religious training in regard to Christian marriage will be quite different from that exaggerated physiological education by means of which, in these times of ours, some reformers of married life make pretense of helping those joined in wedlock, laying much stress on these physiological matters, in which is learned rather the art of sinning in a subtle way than the virtue of living chastely. (n. 108)

More pointedly, in 1929 Pope Pius XI’s encyclical Divini Illius Magistri, which has been called the “Magna Carta” on the Christian education of youths, expressly takes up the question. Strikingly, it is as if Pius XI is responding precisely to the dangers and errors contained in his successor’s position. And that they are truly dangers and errors cannot be denied, in light of the following authoritative exposition:

65. Another very grave danger is that naturalism which nowadays invades the field of education in that most delicate matter of purity of morals. Far too common is the error of those who with dangerous assurance and under an ugly term propagate a so-called sex-education, falsely imagining they can forearm youths against the dangers of sensuality by means purely natural, such as a foolhardy initiation and precautionary instruction for all indiscriminately, even in public; and, worse still, by exposing them at an early age to the occasions, in order to accustom them, so it is argued, and as it were to harden them against such dangers.

66. Such persons grievously err in refusing to recognize the inborn weakness of human nature, and the law of which the Apostle speaks, fighting against the law of the mind; and also in ignoring the experience of facts, from which it is clear that, particularly in young people, evil practices are the effect not so much of ignorance of intellect as of weakness of a will exposed to dangerous occasions, and unsupported by the means of grace.

67. In this extremely delicate matter, if, all things considered, some private instruction is found necessary and opportune, from those who hold from God the commission to teach and who have the grace of state, every precaution must be taken. Such precautions are well known in traditional Christian education, and are adequately described by Antoniano when he says: “Such is our misery and inclination to sin, that often in the very things considered to be remedies against sin, we find occasions for and inducements to sin itself. Hence it is of the highest importance that a good father, while discussing with his son a matter so delicate, should be well on his guard and not descend to details, nor refer to the various ways in which this infernal hydra destroys with its poison so large a portion of the world; otherwise it may happen that instead of extinguishing this fire, he unwittingly stirs or kindles it in the simple and tender heart of the child. Speaking generally, during the period of childhood it suffices to employ those remedies which produce the double effect of opening the door to the virtue of purity and closing the door upon vice.”

Perhaps Pope Francis or one of his defenders would reply: “Aha, but that is someone speaking in 1929. Today, everything is different.” He might play once again the “novelty card” as he did in his October 11, 2017 speech against capital punishment, in which the word “new” was mentioned 16 times, as a way of driving home that the Church must teach not only what is old, but also what is new, fresh, never seen before…

Human nature does not change; the demands of virtue do not change; the harm of premature and improper exposure to sexual topics, outside of the confines of the family, remains the same; the permanent damage sins of impurity cause in souls, in friendships, in families, in society as a whole, remains ever the same. Nothing of substance has changed between 1929 and 2019. All that has changed is that our world has become ferociously promiscuous, mired in morose delectation, addicted to carnal pleasure, steeped in iniquities that weaken the will and blind the reason. All of these effects were known to the Desert Fathers of ancient Christianity, who predicted all the consequences of self-indulgence. Far from needing to be up-to-date, we would be far wiser to look back and recover their wisdom.

I’m sorry, but as a parent myself, as a friend of many good Catholic parents, and as a lifelong educator of young people, my reply is unshakably firm: “What Pope Pius XI taught in his encyclicals Casti Connubii and Divini Illius Magistri more than adequately covers the issue of ‘sex education.’ I am content with old truths that nourish, and have no need of new opinions that poison.”