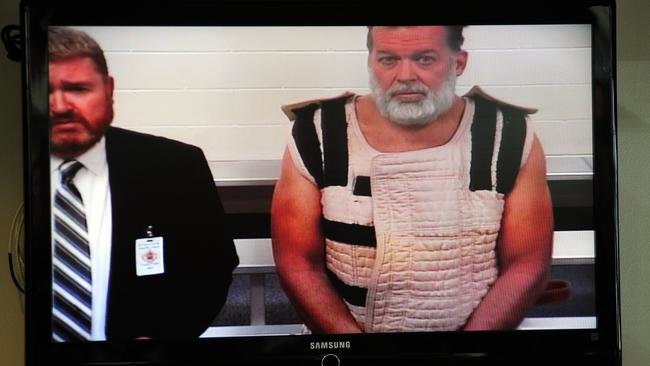 Robert Lewis Dear opened fire near and inside a Planned Parenthood near Colorado Springs, Colorado, resulting in three fatalities and nine other casualties.

This week, a 57-year-old man named Robert Lewis Dear opened fire near and inside a Planned Parenthood near Colorado Springs, Colorado, resulting in three fatalities and nine other casualties. The abortion movement has lost no time utilizing the incident to distract from the recent revelations that they are supplying the dismembered organs and body parts of pre-born boys and girls to researchers by asserting that they, in fact, are victims of the pro-life movement.

The abortion movement is desperate to attribute these murders to someone opposed to the killing that they commit as a matter of business. The Abortion Rights Coalition of Canada announced on Facebook that: “Despite the pretense that ‘it is too early to speculate about a motive,’ it's obvious what the motive almost certainly was.” This despite the fact that staff at the Planned Parenthood clinic were not targeted or victimized. The motives are obvious to those who desperately need them to be obvious for PR purposes, but not at all obvious to the authorities who have Dear in their custody. As usual, the abortion movement is attempting to use corpses to get ahead.

What we do know about Robert Lewis Dear reveals someone seriously disturbed, a man remarkably absent from the Internet, and strange, to say the least:

According to the Associated Press, 57-year-old Dear split his time between a house in Swannanoa, N.C., and a remote cabin without electricity or running water in Black Mountain, about 15 miles outside Asheville, N.C.

Neighbor James Russell told the AP that Dear typically kept to himself and that on the occasions when they did speak, Dear avoided eye contact and rambled about a variety of unrelated topics. However, Russell said, he’d never heard Dear talk about religion or abortion.

The AP also reported that on Saturday, Dear’s cabin was adorned with a cross made of twigs.

Other news outlets have traced Dear’s roots back to South Carolina, where police records indicate a history of arrests and domestic and neighbor disputes dating back to the mid-1990s.

The Daily Beast has reported that Dear was arrested in 2002 on peeping Tom charges that were later dismissed and again in 2003 on animal cruelty charges for which he was found not guilty.

According to police records obtained by the Daily Beast, Dear’s then-next-door neighbors Lynn Roberts and her husband reported that Dear “had been making unwanted advancements,” “leering at Ms. Roberts on a regular basis,” and had been seen peering into their home from the bushes on more than one occasion. In July 2002, Roberts apparently obtained a restraining order against her neighbor.

It gets weirder, too:

I hesitated in writing this column. After all, tragedy is tragedy, and injustice is injustice. The fact that people were murdered by this bizarre killer is one that should sadden us all, and for many reasons. One of the police officers murdered by Dear, Officer Garrett Swasey, was a pro-life co-pastor at Hope Chapel, Colorado, a husband and father of two children. My fellow pro-lifer Scott Klusendorf, a prominent anti-abortion speaker, noted that he “was a Christian pastor whose church opposed abortion. (I know, I spoke there several years ago.)” The pro-life movement mourns the killing of this advocate for life, who died defending life.

RELATED: The Planned Parenthood shooter: Not who you think he is

It’s interesting, isn’t it, how the Left functions. If an Islamic terrorist shoots up a theatre, he is “not a real Muslim” and “not following the peaceful tenets of True Islam.” However, if some strange nutcase opens fire outside a Planned Parenthood and proceeds to murder a pro-life pastor police officer, immediately we are all to assume that this person is definitely a Real Christian, and represents All Christians.

If every peace-loving adherent of the Muslim faith should not be asked to apologize for ISIS-inspired Muslims, as the media never ceases to solemnly inform us, then I see no reason that the appalled pro-life movement should be asked to apologize for this deranged idiot who decided to shoot at pro-life police officers from a Planned Parenthood facility. If the nice Muslim couple who lives next door have no reason to reiterate that they, too, find the barbarism of ISIS reprehensible, than the pro-life movement, which has always condemned murder, should not have to pretend they have anything to apologize for when some madman murders a pro-life pastor and others from a Planned Parenthood clinic.

We will not allow Planned Parenthood and the abortion movement to climb atop a “moral high ground” created from the chopped-up body parts of human beings they have dismembered to smear the pro-life movement with accusations of violent rhetoric. The abortion industry, by their own admission, is killing human beings. Skull-crushing techniques are discussed at presentations in their conferences, and a baby’s eyeball accidentally dropping into an abortionist’s lap is their idea of a laugh. For us to oppose this barbarism while also condemning the violent actions of an unstable recluse at a clinic in Colorado is to be consistent with what we believe.

It’s impossible to deny that Dear hurt the pro-life movement. Regardless of his motives, Planned Parenthood now gets to play the victim and pretend that they are not the purveyors of violence, but the recipients of it. They can unleash hell on pre-born boys and girls day in, day out, filling freezers and Stericycle trucks with headless children and severed limbs—and then turn around and accuse a movement dedicated to exposing and stopping these horrors with “violent rhetoric.” Sorry, but that’s not “violent rhetoric”—it’s a description of what Planned Parenthood does, and often in their own words.

That’s why Planned Parenthood is saying that condemning the shootings is not enough—political candidates and pro-life activists and media outlets must condemn what they claim, without a shred of evidence, led to this shooting. In other words, they want those exposing Planned Parenthood’s violent work to back off and shut up. It’s not going to work. The pro-life movement had nothing to do with this violent psycho. He was not a pro-lifer. He was not a Christian in any real sense of the word. And we won’t be distracted from exposing the violence going on within the walls of Planned Parenthood clinics every day.

Because all human life is inherently valuable, whether that life was ended by a madman’s gun or an abortionist’s forceps.