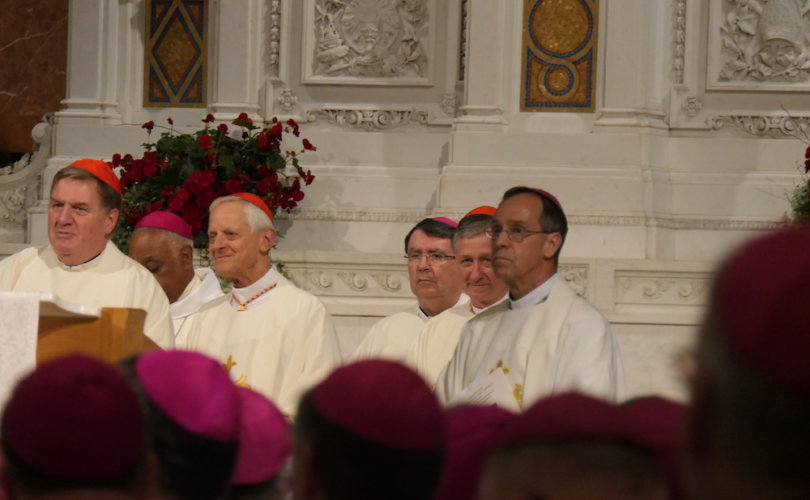 January 17, 2019 (LifeSiteNews) – Two recent stories have shocked Catholics in the United States and around the world. First, on December 4, Msgr. Edward Weber, “director of priest personnel” (whatever that might be) in the Archdiocese of New York, wrote a formal letter of recommendation for a priest, Fr. Donald Timone, who wished to spend some time at a Catholic college in California.

The letter affirmed (according to CNA) that Fr. Timone had “never been accused of any act of sexual abuse or sexual misconduct involving a minor,” and “manifested no behavioral problems in the past that would indicate he might deal with people, including minors, in an inappropriate manner.”

But as a matter of fact, Timone was at that very time the subject of an internal investigation, and accusations had been made to the Archdiocese about him as long ago as 2004. The Archdiocese suspended him as a priest 11 days after Weber’s letter was signed.

The second story, broken by The Washington Post, revealed that Cardinal Donald Wuerl not only knew of allegations that Archbishop McCarrick had abused seminarians but had passed them on to the Nuncio, the Pope’s representative in the United States, back in 2004. What, then, are we are to make of Cardinal Wuerl’s repeated claims in the course of 2018 that he had not heard of any accusations against McCarrick?

Are we to believe his claims that he had a memory lapse, that he forgot?

Did Wuerl only mean to refer to allegations about the abuse of minors? Even if we accept that explanation, he is still guilty of deliberately misleading the faithful who had a right to know how the hierarchical Church had responded to allegations, of the utmost seriousness, against a senior prelate.

Although these stories were shocking, on reflection I do not find them difficult to believe. The long-established pattern of moving “problem priests” from parish to parish, which was the norm at least up to the 2002 Dallas Charter, itself implied a kind of routine mendacity. When a bishop appoints a priest to a parish, he is telling the faithful to accept and support that priest’s ministry: to trust him with their sins in confession, with their children in instruction, and with their money. The bishop’s recommendation of a priest to the parish implies a positive assessment of that priest’s character and ability to do the job.

No doubt bishops’ eagerness to believe the best of their priests played a role in many of these cases. But the latest round of stories, not least about problem bishops, is underlining the fact that in many cases bishops would appoint, leave in post, and defend priests and episcopal colleagues when problems were clearly still ongoing. Allegations had been made but not investigated; alcoholism diagnosed but the priest was still drinking; financial anomalies were identified but not resolved; liturgical abuses were taking place Sunday after Sunday.

McCarrick’s beach house, with its inadequate number of beds, may stand as a symbol of this phenomenon. It was purchased for him in 1984. Stories were swirling about it decade after decade. Matters were not resolved. Seminarians continued to be invited down there. No one familiar with the situation could claim to be confident that all was well: such a claim would have been a lie. And yet that confidence is implied by the silence of those seminary rectors and fellow bishops — the great majority — who failed to warn potential victims, failed to report concerns, and failed to confront McCarrick.

Catholics today find themselves in an institutional Church whose keynote appears to be moral cowardice. Those failing to display its telltale symptoms are weeded out of seminaries or, as priests, are dumped in marginal parishes. Only those willing to play the game are encouraged and promoted.

At first, all that is asked of them is to turn a blind eye to problems that they have no power to address: indeed, they know well that to make a fuss does no good to the victims, only harm to oneself. But as time goes on, more is asked of them. Playing the game means brushing off victims and their families. It means covering up. It means lying. It means facilitating abuse. It means, even for those who don’t themselves abuse, getting into the swamp right up to the neck.

It would no doubt be an exaggeration to say the entire leadership of the hierarchical Church, and a majority at the junior levels, is committed to playing this game. Even some of those who are deeply implicated must, today, be looking for a way out. Some have been doing their best over many years to avoid involvement. Others again will have struggled against it and suffered for that.

Nevertheless, the degree of complicity of so many in the hierarchy is truly frightening, and dealing effectively with the whole mindset of excusing, lying, and covering up will be acutely painful. Only with iron determination from a Pope, and the unwavering support of the laity and a cadre of good priests and bishops for firm and painful action, is success even imaginable. It is clear that these necessary conditions are not yet met.