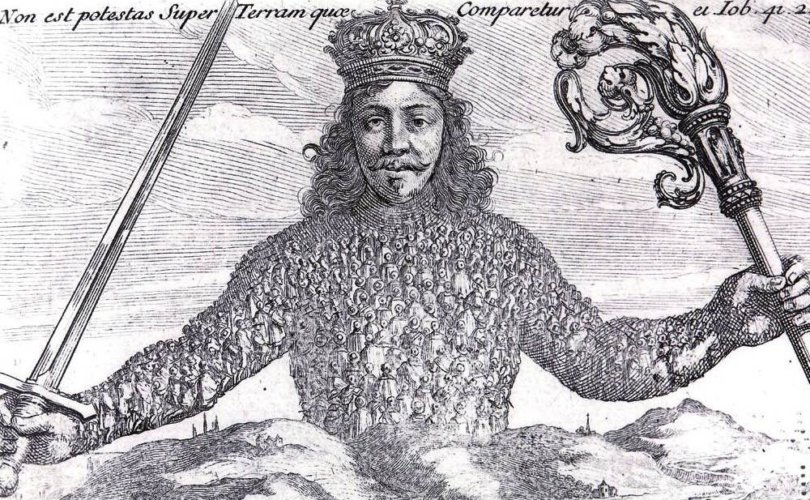 July 2, 2018 (LifeSiteNews) – The bond of mother and child has been mocked before. Thomas Hobbes, a materialist philosopher (if that is not a contradiction in terms), had this to say about mothers and infants in his fanciful state of nature:

For in the condition of meer Nature, . . . the right of Dominion over the Child dependeth on her will, and is consequently hers. Again, seeing the Infant is first in the power of the Mother, so as she may either nourish, or expose it, if she nourish it, it oweth its life to the Mother; and is therefore obliged to obey her, rather than any other, and by consequence the Dominion over it is hers.

One cannot fail to see the parallel to modern pro-abortion arguments. Yet Hobbes maintains this position only for his hypothetical state of nature or state of war. In civil society, exposure of infants would never be allowed by the sovereign power.

Hobbes’s more subtle follower, John Locke, argues in the Second Treatise that parents have no power or right over the life and death of their children. For Locke, procreation is the “chief end” of marriage, and parents are accountable for their children. Even “Mr. Property,” who defends an almost absolute right over one’s property and one’s body, can see that marriage is ordered to children!

There are always hardships involved in having children—indeed, more in the past than now, in spite of efforts by glossy magazines to convince people that they cannot possibly afford the price-tag of a human person. This makes the fundamental change in attitude or habit of thinking all the more ominous. It is the ebbtide of Lebenslust, love for life.

What is the root of this fundamental change in attitude? It is a deep and complex root of many branches, but surely, an important contributor is materialism, the philosophical driving force behind the abortion mentality. As applied to human beings, materialism amounts to a denial of the human soul, the form or actuality of the body that causes it to be alive and to serve as the instrument of the soul’s many powers. For the materialist, there is nothing in a man other than physical springs and cogs. To commit suicide is to relegate oneself to the scrapheap, to commit euthanasia is to release a worn-out machine from its poor functioning condition. To kill a developing child is to remove some unwanted parts from a machine.

How, one might object to a materialist, can a being which is organically growing towards some perfection be understood as a machine, when no machine in the world ever does anything of the sort? A child is alive, full of desire to grow, to mature. Abortion violently interferes with the most basic human process, the growth of a child from a fertilized cell to a baby, and onwards to adulthood.

What is immediately obvious is that whenever circumstances prevailing here and now lead to men being not only regarded as masses but actually treated as such—treated, that is, as aggregates, whose elements are transferable according to the demands of temporal vicissitudes—it becomes more and more difficult to keep in mind the inalienable characteristics of uniqueness and dignity which have hitherto been considered as attributes of the human soul created in the image of God. To say that these characteristics are becoming more and more lost to view is not enough; they are being, if one may so put it, actively denied, they are being trodden upon. Man may end by imagining that he can prove by his very behavior that he is not such a being as the theologians have defined.

If we look at the question carefully we shall see, also, that we have here a real vicious circle. The less men are thought of as beings [with innate worth], . . . the stronger will be the temptation to use them as machines which are capable of a given output; this output being the only justification for their existence, they will end by having no other reality. There lies a road which runs straight to the forced labour camp and the cremation oven.

In the same lectures, Marcel talks about the effort to create (or at least envision) a soulless world and modern man’s tendency towards “de-creation”. People have bought into the illusion that man is all exteriority and no interiority. In a similar way, Charles De Koninck spoke of the “lifeless world of biology.” The suppositions and framework of the modern science of biology, which are thoroughly materialistic, paved the way for human reductionism.

Remaining silent on the evil of abortion, the evil of contraception, and the evil of divorce would make us complicit in the reduction of man to machine, the replacement of sacrificial love with egotistical calculation, and the demonic effort to uncreate the world.