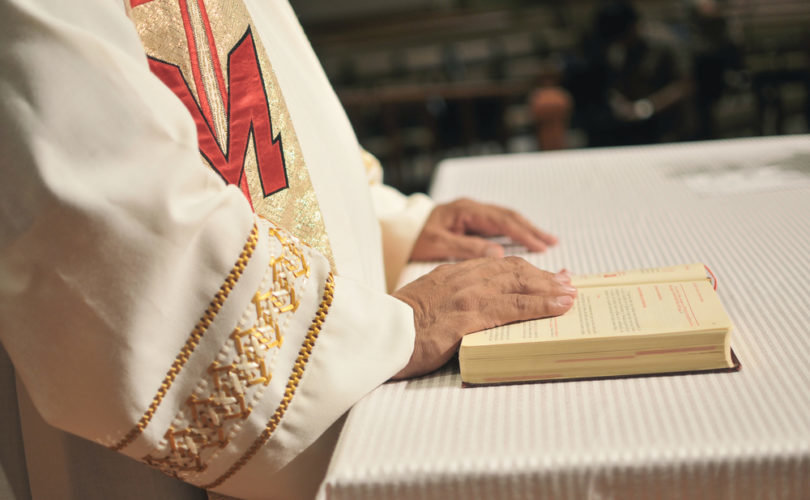 April 9, 2019 (LifeSiteNews) – There is a kind of priest, I’m told, who always does what his bishop tells him to do. No matter what it is, he is “obedient” to the bishop. If there is a notorious dissenter from Church teaching but the bishop says “go ahead and give him communion,” then the priest does it. Or if the bishop dislikes the traditional Latin Mass, the priest, citing “obedience,” won’t celebrate that Mass, in spite of its being a spiritual treasure for himself and the people. If the bishop thinks an eastward orientation (ad orientem) for worship is a non-starter, the priest will not break away from the bad custom of versus populum.

Is this really a problem? Yes.

Obedience—especially in situations that don’t require obedience—cannot absolve us from listening to and following our consciences. Otherwise, we are reduced to robots. If I were a priest, there is no way in conscience, no matter what a bishop thought, that I could give holy communion to a public sinner, or refrain from offering the usus antiquior, which is a Roman Catholic priest’s birthright and canonical right. Nor does a bishop have the authority to forbid any priest to celebrate ad orientem or to expect that he will place his ordinary’s personal preferences over 2,000 years of Catholic tradition, which (mirabile dictu) even the new missal allows for.

Without meaning to pass judgment on any particular man of the cloth, this path of false obedience is a convenient way to offload one’s conscience on to another and to continue on in peace without having to make waves. While no one should go out of his way to make waves, and everyone appreciates peace and quiet, at some point one has to stop ignoring the demands placed by the moral law upon oneself, not to mention the spiritual needs of the priest and his flock.

As the Abbé de Nantes once said: “The truth is, speaking in general, this attitude of obedience in all things also sits very well with ambition, concern for material goods, a peaceful life and indolence. Whether acknowledged or not, it must be the case that these secondary advantages give rise to a sense of shame and to a confused impression of surrender, as when a man gives himself good reasons to choose a bad path because of the advantages he finds therein.”

Once a man has compromised so much and traveled so far down that path, it is not easy to turn back. At that point he will need a deep conversion, a grace not everyone will end up receiving or cooperating with.

Consider someone like former Cardinal McCarrick. What is he thinking at this point? He has lost everything. Why not repent? Alas, the devil does not so easily loosen his grip upon those who have danced to his tune! Just one more reason to take refuge in the safe harbor of tradition, where we know we are safe from the buffeting winds of the Zeitgeist.

I know of clergy who fit the description given by the Abbé de Nantes. More often than not, they are classic cases of the “conservative”: one who ultimately thinks truth is relative to authority. To be a good conservative is, on this model, to obey most perfectly all the commands given by the superior. (John Lamont has subjected this mentality to a withering critique.) Should we be surprised when such conservatives turn out to be evolutionists and opportunists as well?

For example, when the Pope attempted to change Catholic teaching on the intrinsic grave evil of adulterous sexual acts or on the inherent permissibility of the death penalty, we saw certain conservatives lining up to pay obeisance before the ink had even dried on the new versions of the Decalogue and the Catechism. No departure from Scripture or Tradition is too great for a conservative, who, depending on which way the wind is blowing, is as ready to wave the magic wand of “development of doctrine” as the nuttiest progressive.

One such conservative had this to say: “Theologians have been arguing that we could make this next step, as a true development of doctrine: to intend the death of a human person violates their human dignity and that the death penalty is always and everywhere non-admissible.”

You see: he simply bends the knee to the master’s will, regardless of the implications. My recent book Tradition and Sanity devotes chapter 12 to what those consequences are—and they are pretty grim.

Every Christian is required to know the first principles of faith and reason and to make judgments based on them, rather than letting his or her principles be dictated and manipulated by superiors. The great work by Bd. John Henry Cardinal Newman, “Letter to the Duke of Norfolk,” is a fine treatment of this subject (see Section 5 in particular). To the extent that faith and reason are rejected, we will not fail to see the simultaneous breakdown of theology and of sanity—just as Frank Sheed would have predicted.

Those who practice a false obedience give a bad name to a noble virtue. If the pope told them to sell out Jesus for thirty pieces of silver, they would do it; after all, “obedience.” And the money could be given to the poor, no less.

There is something extremely sinister about this mentality of obedience to whatever the superior says. It is Nietzschean, inasmuch as it lives from a cynicism about moral absolutes; Machiavellian, inasmuch as it builds careers and wins promotions. It is the kind of attitude that empowers and protects abusers. False obedience (otherwise known as compliance and sycophancy), ambition, and worldliness all go together in a sort of witch’s brew. Vade retro Satana (go back, Satan).