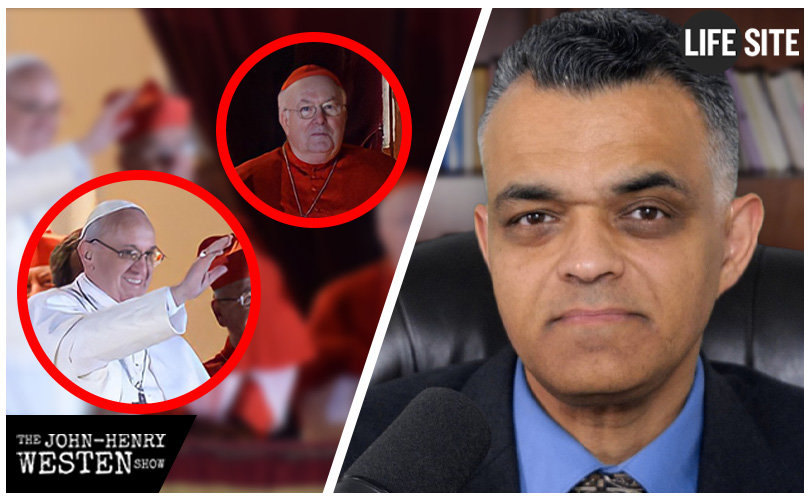 (LifeSiteNews) – Ever since really the start of the Francis papacy, many Catholics have been shocked by much of the agenda coming out from the Vatican and have been trying to make sense of it all. A new book has been released which sheds light on Pope Francis and his connection to a secret group of leftist cardinals which began to meet in the mid-1990s.

I had the pleasure of speaking with Julia Meloni, a Catholic journalist and author of The St. Gallen Mafia: Exposing The Secret Reformist Group Within The Church, about her book and research into the inner workings of the “mafia,” and some of its controversial members.

However, she pointed that “the formal literature” she has seen has not named McCarrick as a technical member, even though James Grein, his most famous abuse victim, has revealed that the ex-cardinal was a frequent visitor to Sankt-Gallen, Switzerland.

But how does Pope Francis fit into this? Well, Meloni described to me how documents and interviews reveal that then-cardinal Bergoglio was meeting with Cardinal Kasper several times in Argentina, and the St. Gallen Mafia was talking about him.

Meloni also says that Cardinal Daneels of Belgium was attracted to Francis in the 2001 synod of collegiality, since Bergoglio was one of the synodal officials. And it was actually Daneels who has revealed much of the information we know about the “mafia,” and even gave it the name.

In fact, the journalist told me that Daneels “began speaking about how he had a resurrection, that’s his imagery, a resurrection under Pope Francis.” Meloni detailed that the name “Francis” came from the Belgian cardinal who said in the 90s that “we need a new Francis.”

Another influential cardinal for Cardinal Bergoglio was fellow Jesuit Cardinal Martini of Milan, whom Meloni puts in the center of her book. She described how Martini and Bergoglio had an “interesting dynamic” and that many of the same positions the former cardinal held were adopted by Francis, almost in lockstep fashion.

All these cardinals that were meeting in secrecy, and had an influence in the election and agenda of Pope Francis, were discussing how to change the Church and attempt to make it more liberal. They were in favor of abortion, homosexuality, women ordinations, liturgical changes, and other radical ideas.

Therefore, it should not be surprising, but is still very scandalous, for the faithful to see that Francis himself is promoting this same ideology throughout the eight years he has been pope.

But Meloni also offered some advice for Catholics who are fighting the culture wars in the Church and secular world.

“It’s very important to have something concrete that keeps you hopeful because it’s very spiritually exhausting work to have to deal with,” she said.

She called on the faithful to build up their spiritual lives by following devotions, and to remember that at the end the Immaculate Heart of Mary will triumph.

I especially encourage you to get this incredible book and read the amazing and important work Julia Meloni has brought together. Click here to order the book.