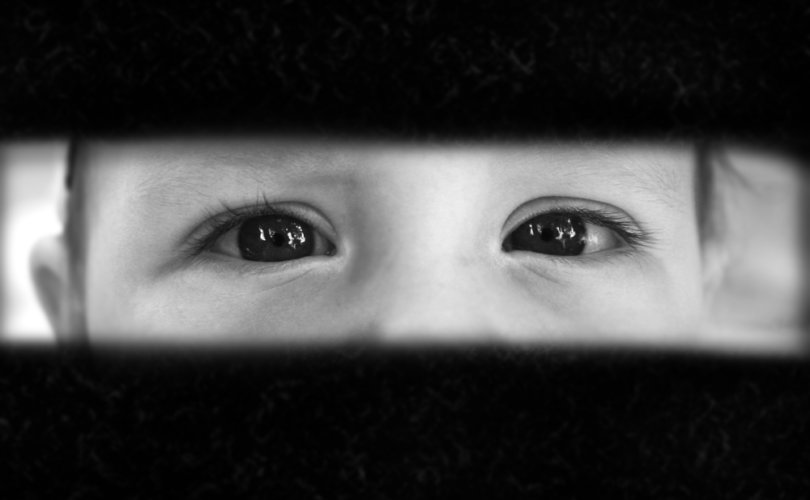 January 24, 2019 (LifeSiteNews) – Very few people are willing to say so out loud, but the transgender movement is doing something extraordinarily sinister to our society: It is advocating for (and engaging in) a mass experiment on our children.

We have suddenly discovered, just in the past few years, that there are apparently thousands upon thousands of children across the West born in the wrong body. Physicians, psychiatrists, and academics who protest this conclusion are savagely bullied into silence by activists who state that to disagree with this new ideology is bigotry. We are told that we must surgically alter these children if we are compassionate, and that castrations and mastectomies are life-saving treatments.

Consider the example of a transgender couple in the UK, Greg and Jody Rogers. Both were born female, but Greg got a sex change at age sixteen, and they now identify as a straight couple and have joint custody of Jody’s 5-year-old son, Jayden. Jayden, the Daily Mail has reported, will be transitioning into a female after wearing dresses for the past year. The couple claims to have struggled mightily with the decision, but will now be beginning the surgeries and treatments necessary to “transition” Jayden into a female. Greg, the biological female identifying as male, insists that there was no influence from them on Jayden’s decision whatsoever, and that they disliked the idea of Jayden being transgender—although not enough to use their parental influence to guide Jayden away from making permanent, life-altering decisions (including sterility) at age five.

The National Post, which published an article in 2016 on the sharp rise of pre-schoolers claiming they had been born with the wrong body, has recently released a report on new “guidance” being given to Canadian family doctors “on how to manage the burgeoning number of teens identifying as transgender” (which we are not permitted to question or inquire into).

The Canadian Medical Association Journal has noted that in response to this phenomenon, doctors should take a “thoughtful, affirming” approach, and rather than suggesting that the child had been born into the right body, they should completely avoid “influencing the adolescent to move down a path they would not have chosen for themselves.” In other words, the “youth’s voice is always paramount,” and the doctor’s voice is not.

The Post noted that “wait lists at specialty gender clinics” are now “a year or longer,” and that “experts report more youth with no known histories of gender identity issues in the past suddenly identifying as transgender,” which had led academics like Dr. Lisa Littman of Brown University to conclude that “rapid-onset gender dysphoria” is a “social and peer contagion” driven by in part by transgender YouTube stars—one parent recently emailed me to say that their child had begun to transition against their will after falling under the influence of a peer group where identifying as a sexual minority is the “in” thing. Another student noted that nobody identifies as “straight” anymore—everyone identifies as something. “It’s not also uncommon,” clinical psychologist Dr. Laura Edwards-Leeper noted, “to have youth who, a couple of weeks ago, decided that, after talking with a friend or researching on the Internet that maybe they’re transgender.”

More worryingly, hormone treatments and puberty blockers are becoming part of nasty divorce battles, with parents fighting over who gets to decide treatments. Some parents want to rush transition, with the CMAJ’s recommendation being that “it [is] important to allow initial pubertal changes to occur” in case the youth changes his or her mind. Still, hormone blockers can be given at around 10 and a half for girls, and 11 and a half for boys. One American expert, the Post reported, “worries that, without proper assessments by trained mental health experts, family doctors could be too quick to prescribe cross-sex hormones, which come with some irreversible body changes. Testosterone for female-to-male can cause a permanent deepening of the voice. Estrogen for male-to-female transitioning causes breast development.”

It is always children who suffer the most from the follies of our Sexual Revolution. It is children who suffer the most from divorce. Children who are killed by abortion. Children who are exposed to sex acts and adult genitalia at “family-friendly” Pride events. Children, even, who are celebrated for becoming ten-year-old drag queens and doing photo shoots with nude adults. And it is children who are the guinea pigs in our transgender experiment, as we pretend that for the first time in recorded human history, thousands upon thousands of children are born into the wrong bodies and must have healthy body parts amputated in order to honor their self-conceived identities, which we are not permitted to question.

It would be better for him if a millstone were hung around his neck and he were cast into the sea than that he should cause one of these little ones to sin. —Luke 17:2

The Van Maren Show, with host Jonathon van Maren, launched January 23. In his first hour-long episode, he discusses the rotten fruits of the Sexual Revolution with author and professor Anthony Esolen. You can subscribe here, and listen to the first episode below: