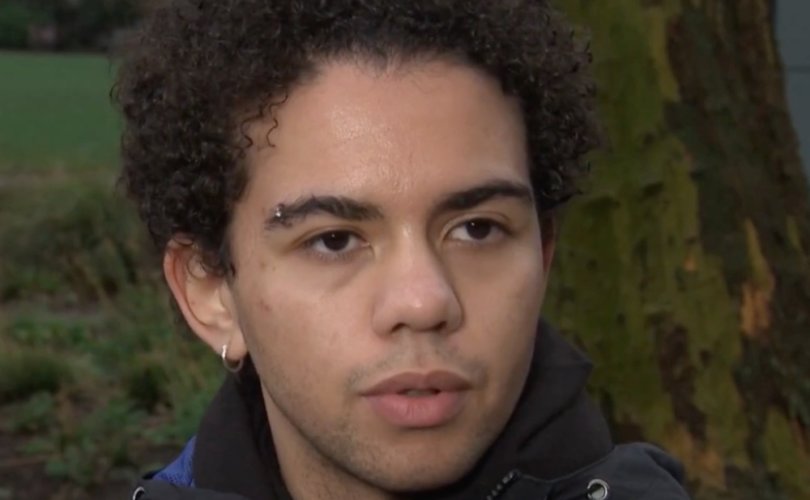 (LifeSiteNews) — The United Kingdom has been ground zero in the transgender culture wars for several years now. On one hand, no country has clamped down on free speech in a more draconian fashion, with the police being sent to people’s homes over “transphobic” social media posts. On the other hand, the High Court has delivered de-transitioner Keira Bell a win, and the National Health Service’s Tavistock gender clinic was shut down after an independent review concluded that “gender-affirming” (read: sex change treatments) practices had badly damaged children. Up to 1,000 families are launching a massive class-action lawsuit against the gender clinic.

In the wake of the report affirming that the gender clinic was “not safe for children,” the NHS has been working on new guidelines for gender dysphoric children. These are to address the concerns laid out in the report, especially concerns with puberty blockers and surgical interventions at a young age. Reuters has purportedly obtained a copy of the new guidelines, and they appear to be a significant step in the right direction—that is, a step away from the so-called “gender-affirming” model. According to Reuters:

The draft guideline says that if NHS professionals decide a patient should not be taking puberty blockers or hormone treatments obtained privately, they can advise the patient’s primary care doctor to initiate “safeguarding protocols.” The draft does not spell out why safeguarding measures would be taken or what that would entail. But under NHS protocols, “safeguarding teams” are made up of representatives of the police, medical and social services professionals who are responsible for ensuring a child’s safety and well-being. The NHS has previously said it “strongly discouraged” people from sourcing gender-affirming medications online from providers that are not regulated within the UK.

The draft guidelines call for “local authorities to be alerted in some cases where young people have obtained puberty blockers and hormone therapies on the private market,” a step towards shutting down the trans activists who have created a lucrative business peddling testosterone and other cross-sex hormones to gender-confused kids over the internet.—A report by the Daily Mail back in 2018 indicated how easy it is for children, coached by activists on social media, to make these purchases with credit cards.

— Article continues below Petition —
Stand with Christian daycare worker fired for refusing to indoctrinate kids with LGBT agenda
Show Petition Text
7984 have signed the petition.
Let's get to 9000!
Thank you for signing this petition!
Add your signature:
Show Petition Text

The new NHS guidelines go even further in discouraging so-called “social transitioning,” a practice promoted by the transgender movement. The guidelines explicitly discourage calling gender-dysphoric children by new pronouns or encouraging cross-dressing, stating that they can no longer be seen as a “neutral act” due to the impact these practices have on a child’s psychology. Social transitioning has been strongly encouraged not only by the trans movement, but by schools and other institutions. Therefore, the NHS’s repudiation of these practices is very significant. From the Daily Mail:

But now NHS England’s draft approach calls on clinicians to recognise most cases of ‘gender incongruence’ in children are just a phase. ‘The clinical approach in regard to pre-pubertal children will reflect evidence that in most cases gender incongruence does not persist into adolescence,’ it reads. Therefore, it says encouraging social transitioning for prepubescent children should be considered carefully due to the mental health risks posed to the child when they reach their teenage years. ‘The clinical approach has to be mindful of the risks of an inappropriate gender transition and the difficulties that the child may experience in returning to the original gender role upon entering puberty if the gender incongruence does not persist into adolescence,’ it reads.

This is precisely what critics of the “gender-affirming” model have been saying for years while being shouted down as bigoted transphobes. More:

Stella O’Malley, psychotherapist and director of campaign group Genspect, said medics needed to take heed of warnings over social transitioning. ‘Professionals working with children need to reflect on that and make sure they aren’t inadvertently causing harm by providing short term relief that leads to long term distress,’ she said.  ‘At Genspect we believe that children should be free to wear whatever clothes they want, boys should be free to run around waving fairy wands in princess dresses and girls should be free to act however they wish, yet we don’t think changing pronouns helps anyone- it creates more problems than it resolves.’

These guidelines come as reporting shows that a minimum of fifteen children under the age of four were referred to the NHS’s transgender department in the past twenty-four months; five-year-olds were also referred. Tavistock received more than 5,000 child referrals in only two years, with only half of those being age fifteen or older. Many of those children suffered permanent and irreversible damage; the new NHS guidelines seek to correct some of the horrifying problems exposed by the report on Tavistock.

Public feedback on these new guidelines will be permitted until early December. If approved, medical professionals around the world will have a choice. Do they continue to pursue the extreme “gender affirming” model that has done so much damage? This is the route currently being taken by much of the American medical system, defended fiercely by progressives from Joe Biden to Jon Stewart. Or do they learn from the mistakes of the UK’s NHS and start to pull back from these barbaric practices? To do so would be to admit that critics of the transgender movement have been right all along.