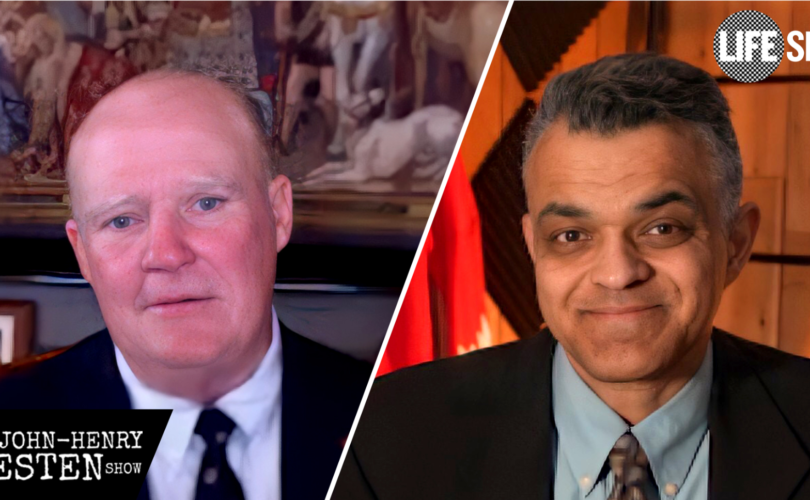 (LifeSiteNews) – On today’s episode of The John-Henry Westen Show, I spoke with Charles Morton, a lawyer-turned-filmmaker who is working with high-ranking churchmen inside Russia to have the country consecrated to the Immaculate Heart of Mary exactly as she requested in her appearances to the children of Fatima.

Morton, a father of 10, was able to meet with Father Louis Kondor, the spiritual director to Fatima seer Sister Lucia, in 2004, at which time he was told that the consecration performed by Pope John Paul II in 1984 was not done according to Our Blessed Mother’s instructions, although “heaven has accepted the consecration,” Sr. Lucia had said.

Morton explained to me that John Paul II asked Kondor, immediately after his 1984 consecration of the world to Our Lady’s Immaculate Heart, if it had been done properly, sending the priest to Portugal to find out from Sr. Lucia if Our Lady’s request had been fulfilled.

Kondor shared with Morton that the consecration had not been done exactly as Our Lady asked, with Sr. Lucia adding that if Our Lady’s instructions had been followed in 1917 the First World War would have been shortened.

Not disputing that there has been some kind of consecration, Morton told me that nevertheless the “full graces flow if the consecration is done exactly like Our Lady asked.”

Our conversation also turned to the Second Vatican Council, Francis’ pontificate, and the innovators within the Catholic hierarchy who have sought to sow confusions and ambiguity in the Church’s teaching while tearing down the ancient liturgies.

Despite troubling movements in the Vatican, Morton noted that Our Lady has a special role in salvation history. “She’s got it all under control, she’s a master strategist,” he said before again insisting that Russia must be consecrated by the Pope to the Immaculate Heart “or Russia will continue to spread her errors.”

With the conflict between Russia and Ukraine still raging, Morton is intent on encouraging the authentic consecration of Russia, as the bishops of Ukraine have also now called upon Pope Francis to do.