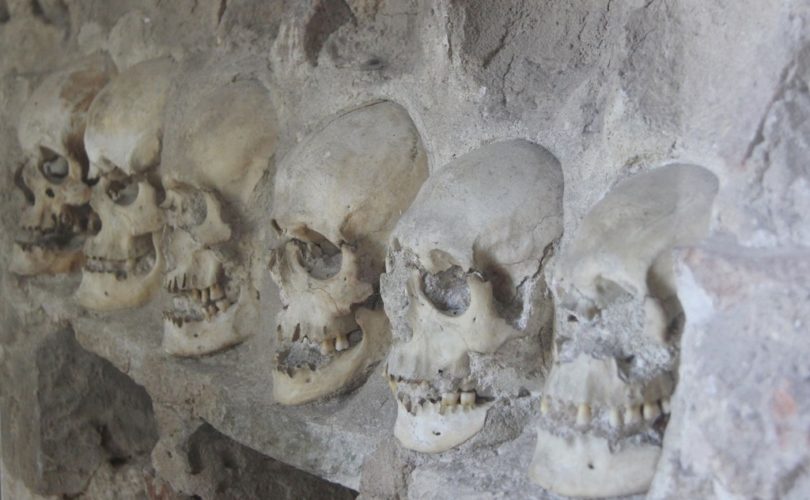 May 8, 2015 (LifeSiteNews.com) — Nations and cultures are fragile things. I was reflecting on this some time ago, reading through the work of that great Russian novelist and historian Aleksandr Solzhenitsyn, who saw with rare clarity of vision what the nihilist secularism of the Soviet state had done to millions of people. Signs of this fragility are everywhere, especially in the former Eastern Bloc, to which I’ve had the privilege of traveling a number of times. These visits are always deeply moving, especially as the scars of history’s destructive rampage are still so visible there. It always forces me to think about our own country, our own past, and our own future. It is not just culture that is a fragile thing—it is also the consciences of the people. Bloodshed has a way of congealing and sealing our consciences and hardening our hearts.

On a crisp but beautiful day a few months ago, I was walking the streets of Belgrade, Serbia. A local, Jorge, had agreed on short notice to take myself and two friends around the city. We tromped down cobblestone streets from castles to museums, noting the architectural signs of the eternal struggle this region has tenaciously survived—Yugoslavian, yes—but always, Turkish remnants of the centuries-long battle against Muslim invaders creeping through. Jorge, an unemployed engineer, points out a wall in the Belgrade Museum embedded with 2,000 skulls—the leaders of a peasant revolt against the Ottoman Empire, still grinning their defiance. “We lose half of every generation fighting the Turks,” Jorge says matter-of-factly.

More recently, bombed-out buildings fronted by black gaping mouths lined with jagged brick teeth reminded us that not so very long ago—I can still remember reading about it in the newspapers, after all—Western countries unleashed their bomber payloads over the city. Jorge doesn’t want to talk about it much. He was in the Serbian army in Kosovo, and all he’d say was that he saw killings–“Lots of them.”

It’s not like other European cities. Some buildings are decaying and broken, with signs in the window announcing that local businesses still exist here—those are contrasted with shiny, flashing modern buildings owned by Western companies like H&M. The Western influence here is regarded suspiciously—it’s not just frivolous material goods that are being brought here. It is our uniquely decadent moral relativism, too. Jorge complained loudly that Pride parades and “LGBT values” were being forced on Serbia by the universally-despised European Union–“I have no problem if you like sex with whoever, but why this is what the West wants us to have? It is bulls**t.”

Abortion is taking its toll, too. “We are now old country,” Jorge noted somberly. “All old people.” And of course, promises of a future are hollow without children to populate it.

It doesn’t matter where you travel, it seems. Humanity’s suicidal civil war has crept in everywhere. Sometimes, it’s visible—Jorge points out the scars and craters left by invaders. Black lamp posts that can still be seen in fuzzy black and white photographs with World War II resistance fighters dangling from them stand solemnly on street corners. And there is the Saba River, where one cold spring day the residents of Belgrade saw thousands of frozen Jewish men, women, and children floating by one by one, two by two, as they thawed out of the ice at their place of execution upstream by the Croats and Nazis and quietly trickled through the city like shrieking accusations.

“Too much dying in this country. Too much,” Jorge says quietly.

It makes me think of my own country, so beautiful and free of the battles that erupt in places like this with morbid frequency. It reminds me that not so very long ago, my own grandparents in the Netherlands saw people shot down in the streets, and saw blood trickling slowly through the gutters. Their people. Our freedom is something we barely notice, and no generation has experienced a peace like ours.

And we don’t deserve it.

We Westerners think of places like Serbia and Bosnia with a condescending solemnity. So much conflict, we think, so much killing. And we ignore the fact that our booming free-market abortion industry has turned our bedrooms into battlefields where new casualties are created only to be shredded into tiny corpses. I wonder, as I walk, whether we would think differently about our own sex-driven massacres if we had to see the little frozen bodies float one by one, two by two down the Ottawa River, the Fraser River, the Bow River. We are not better than those people who live in places rocked by warfare, than those men and women on the receiving end of NATO bombs. We’ve simply gotten better, less messy, at killing than they have. Our Revolution has its own victims, but we simply do not recognize them as such. We bury the knowledge of their humanity deep within us, and try to avoid the glaring truth that what we do is kill our own children.

We can’t escape it forever, though. That is why, as Jorge said, so many countries are becoming countries populated by old people, who traded the future for the century of the self. That is why some European countries are changing their “sex education”—to reteach people that the act of reproduction should sometimes result in reproduction, the beginning of the reckoning that Solzhenitsyn knew must come. “In keeping silent about evil, in burying it so deep within us that no sign of it appears on the surface,” he wrote, “we are implanting it, and it will rise up a thousand fold in the future. When we neither punish nor reproach evildoers, we are not simply protecting their trivial old age, we are thereby ripping the foundations of justice from beneath new generations.”

If only people still read Solzhenitsyn.

As Belgrade got darker and it began to get cold, I threw on a coat. “Are you okay?” Jorge asked with concern.

Carry you on my soul after. What a beautiful way of putting it. In broken English, Jorge had found the perfect way of encapsulating our responsibility to one another. Shared humanity means shared responsibility. We have to bear one another’s burdens. Love our neighbors. Carry the responsibility for those around us on our souls. As soon as I could, I wrote those words down in my notebook to remember and reflect.

Nations and cultures are a fragile thing, especially when we forget the urgency and necessity of our responsibility to our society’s victims. In some places, the killing is loud, brash, and obvious. In others, we murder softly and tiny humans pass from this life with barely a whisper. But in every place, we must not allow the voices of our consciences be overwhelmed by the enormity of reality. In every place, our duty is the same. For the words of Aleksandr Solzhenitsyn are still as true as they were all those years ago: “Gradually it was disclosed to me that the line separating good and evil passes not through states, not between classes, nor between political parties—but through every human heart.”