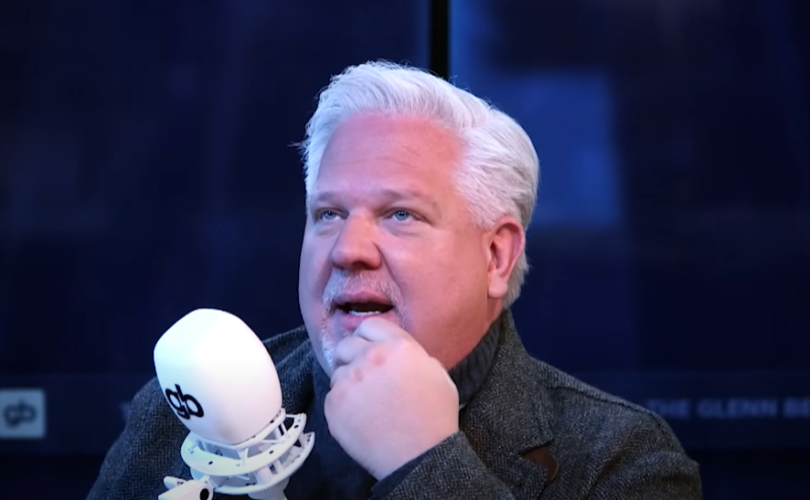 (LifeSiteNews) — On January 5, conservative pundit Glenn Beck made some stunning remarks about a visit he paid to the Vatican in 2012, wherein he relayed his observations of the “real war” that was then already going on in Rome.

Speaking on his own show on Thursday, Beck, who grew up Catholic but later converted to Mormonism, first commented on Pope Francis’ recent statements about “demons lurking in the Vatican,” and then went on to discuss the “dark maneuvers” and “scandals” in the Vatican under Pope Benedict XVI’s reign, that will soon be revealed by Archbishop Georg Gaenswein in his new book titled, Nothing but the Truth: My Life with Benedict XVI.

The radio host commented that Benedict’s resignation was “odd,” and that he was asking himself: “was there anything else that was going on?”

Beck then went on to tell his audience a personal story. He and his wife were at the Vatican a year before Benedict’s resignation, for the 2012 Consistory at which Timothy Dolan was made a cardinal. Beck was supposed to meet with Benedict, but it fell through. He met many cardinals, with Beck clarifying in his own words, “the good ones.” The cardinal who were “all about service.”

Beck explained that the day before the Consistory, he was in a room “with all of the cardinals.” His host cardinal was very kind, and proceeded to tell him the reason for why there were so many new cardinals being made at that specific Consistory.

“There is a war inside the Vatican,” Beck stated, recalling the reported words of the unnamed cardinal. There is a “war between good and evil,” the cardinal continued, who told Beck that the cause of the war was the result of “many political aspects.”

What this cardinal was describing was a “deep state within the Church,” Beck summarized in his own words, adding that Benedict “knew this,” and was out to “stack the deck” as he feared he had not much time.

A year later, Benedict retired. “He is trying to make sure that after he is gone,” there are enough good cardinals to fight back, Beck continued, quoting his cardinal friend.

Beck then went on to describe an alleged encounter he had at the time with a strikingly evil cardinal.

In this room somewhere in Rome, in a sort of a ball room, “we were standing there,” Beck said, and “this guy comes in,” one of the cardinals that Beck did not want to identify, but someone “very high up,” coming with all these politicians, ministers and so on.

“The room got chilly,” it felt like “this is not a good guy,” Beck relayed.

“There’s the head,” his cardinal contact told him. “You should” meet him, the cardinal told him, and so he and his wife did so. “This was the spookiest guy I have ever met,” Beck declared, stating he felt compelled to “go away from him.”

I am not out to “bash the Catholics,” I rather ask them to “pray,” the journalist insisted.

Here, Beck made some important remarks.

“The evil has taken a foothold.” There are “good guys” in the Church, fighting, but there are also evil ones.

Finally, Beck referred back to a story which dealt with the Fatima message about Russia spreading her errors throughout the world, announcing another World War II and ultimately, a “final battle.”

According to Beck, Benedict, then-Cardinal Joseph Ratzinger, admitted that the third secret of Fatima was not published “entirely.”

Further summing up the story, Beck added that there was talk of a “bad Council,” a “bad Mass” and bad leadership. All of which he said came from Benedict himself, prior to his election to the papal throne.

It leads to the “end of days,” Beck concluded, adding that he does not think that Benedict and Francis are “on the same side.”

Beck himself believes that Benedict “was fighting real evil” when he was pope, and that what he was fighting was “like the Deep State.” Gaenswein, Beck believes, will reveal some of these truths.

Beck has made a slight reference to his visit in Rome for the Consistory in the past, as LifeSite reported at the time. Beck has also interviewed LifeSiteNews editor-in-chief John-Henry Westen about Our Lady of Fatima and its ties to Russia.

Editor’s note: This article was updated on January 9 to clarify that Glenn Beck was raised Catholic and later converted to Mormonism. The original article simple listed Glenn Beck as a Protestant.