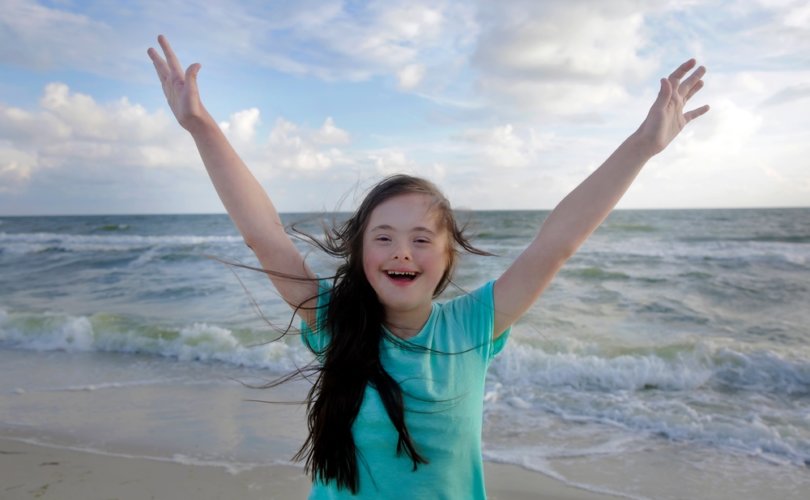 June 12, 2019 (LifeSiteNews) – Last month, an Australian couple was granted an extension by the Supreme Court in Brisbane to sue the medical staff of a Gold Coast ultrasound clinic. The pending lawsuit is expected to be an enormous one, with extensive damages being sought as well as a personal injury suit on behalf of the mother. An initial reading of the preliminary details makes the case appear to be extremely serious, causing one to wonder what the doctor and the ultrasound technicians might have done wrong.

That question has a stomach-turning answer. As it turns out, the couple’s daughter – now a little girl of four years old – has Down syndrome. The couple had not been expecting this, as both a doctor and a sonographer had told them during an appointment in August of 2014 that the risk of a chromosomal abnormality was in the “low range” and that further testing was unnecessary. They turned out to have been mistaken, and the child had to spend several weeks in intensive care with a feeding tube following her birth.

While most parents would simply have felt overwhelming relief that their daughter turned out to be okay, one suspects that these particular parents did not: They are now suing both the clinic and the attending doctor for “wrongful birth,” claiming that the failure of the medical staff to alert them to their daughter’s condition was a mistake that allowed her to be born. If they had known she had Down syndrome, they would have ensured that she did not make it out of the womb alive by procuring an abortion. The “damages” that the couple are seeking include the cost of raising their unwanted little girl.

They are also suing for “maintenance costs” and the loss of future earnings that they anticipate as a result of being the parents of a child with a disability. In short: Their daughter is an inconvenience, and they would like the medical professionals who failed to let them know she had Down syndrome so that they could have her killed to pay for their daughter’s upbringing. After all, if they’d had their way, she would be dead, and they would be free. But because she ended up in their arms rather than in a dumpster, they are suing a clinic.

This is not, of course, the first so-called “wrongful birth” lawsuit in the West. Back in February, I wrote about the story of the parents who were suing the abortion clinic that failed to abort their son, now a toddler. The very concept of “wrongful birth” is a horrible one with no place in any civilized society, as it enshrines in law the idea that some people are not worthy of being born, that their very birth constitutes a mistake of some kind, and that their existence should have been abruptly ended by abortion. It is naked eugenics without even an attempt at donning the guise of humanity.

It is a shame that so few advocacy organizations that represent people with Down syndrome have the courage to take on the abortion industry. A huge majority of children with Down syndrome who are conceived die at the hands of abortionists before they ever see the light of day, and these organizations are fully aware of this fact. Despite this sad reality, they shy away from actually naming the tool of eugenic extermination that threatens their community with extinction, even while putting out sad adverts comparing children with Down syndrome to endangered species and begging for protection.

Disability activists should be shouting their heads off about stories of parents suing clinics for “wrongful birth” because their children have Down syndrome. And if these awful people actually manage to win their lawsuit, they should riot and demand change in a way that the government cannot ignore to drive home a simple message: We have the right to exist.

Jonathon’s new podcast, The Van Maren Show, is dedicated to telling the stories of the pro-life and pro-family movement. In his latest episode, he interviews Obianuju Ekeocha, author, documentary marker, and founder and president of Culture of Life Africa. She’s advised African U.N. delegates, ambassadors, and other decision makers and policymakers on life and family issues. They discuss the imposition of anti-life “Western Values” onto African countries and Ekeocha’s work to preserve the continent’s principles. You can subscribe here and listen to the episode below: