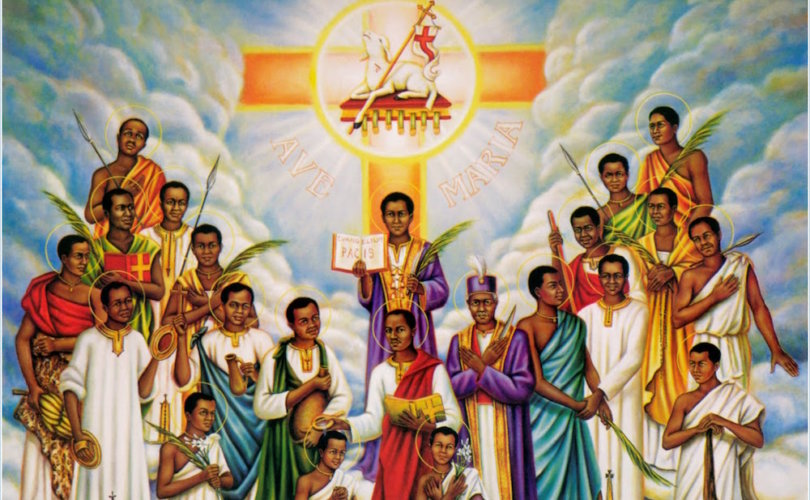 November 27, 2017 (LifeSiteNews) – The news these days is filled with stories of victims who are accusing those in positions of power over them of at one time or another making an unwanted sexual demand on them.

There are the overtly sexual scandals, like the unpleasant habits of director Harvey Weinstein towards women who hoped for roles in his films, or the depredations of Kevin Spacey upon young men around him, and the seemingly never-ending horror of clergymen and seminarians either abusing teenage boys or soliciting each other for sex.

These activities attack human dignity by forcing or tempting people to give into someone else’s lusts. Some have submitted to being sexually used for the sake of their careers. Given a choice between giving up their career dreams and submitting to a creep, they submitted to the creep.

It is astonishing that lust has become that much of a tyrant in our supposedly civilized and modern western world, but there it is. Maybe we can turn to the south-east for inspiration as we struggle for freedom from the mad master of lust.

I’m thinking of Charles Lwanga and Companions, the 22 Ugandan Catholic martyrs who, with 23 of their Ugandan Anglican brethren, were condemned to death by Mwaga II, king of the historical kingdom of Buganda.

Buganda, which is now part of modern Uganda, was ruled by kings. One king, apparently, asked for Christian missionaries to come to Buganda, and so Anglican missionaries arrived in 1877, followed by the Catholic “White Fathers” in 1879. But Mwaga II, who became king in 1884, deeply resented the growing influence of Christianity in his realm.

First, there were rivalries between Christians, Muslims and traditional African religionists in Mwaga’s court. For another, Christianity seemed tied to European imperial expansionism. And, finally and most fatally, Christianity interfered with Mwaga’s sex life.

Same-sex practises were an institution in the Bugandan court, and as ruler, Mwaga II expected the court pages to sexually submit to him, his friends or his guests whenever he commanded. According to historian Neville Wallace Hoad, the chastity revolution of the Christian pages began when the Anglican Matthias Gayiga refused to have sex with Mwanga’s pal Lutaya. Gayinga was punished, but not executed.

After that, the Christian pages started avoiding Mwaga’s advances, either making themselves scarce when he was around or simply refusing his demands. Finally Mwaga II became outraged when he discovered that a Christian page named Denis Ssebuggwawo had been evangelizing a hitherto complacent page named Mwafi. Furious that he was being robbed of a favorite sex toy, Mwaga gave Denis a beating before handing him over to the executioners who tore him to pieces.

The next day Mwaga rounded up his pages and divided them into two groups. Those who didn’t pray were to stand by his side. Those who prayed were to stand behind a fence to his left. Charles Lwanga led the Christian pages to the fences. He and they were then bound and led to their deaths twenty miles away. Father Lourdel, one of the Catholic missionaries, reported that they went happily. One told him not to be sad: “What I suffer now is little compared with the eternal happiness you have taught me to look forward to!”

Some of the martyrs were stabbed on their way to the execution site; the others were burned alive. They apparently bore their sufferings with the same faith and perseverance that we associate with the earliest Christian martyrs: joking, encouraging each other, singing and praying. It was the Feast of the Ascension, 1886.

Two things strike me about stories about the Ugandan Martyrs. The first is that their newfound faith in Christ gave them the courage to maintain their sexual dignity–their refusal to be used to slake a powerful person’s lust–even at the risk of a painful death. The second is that some were Anglicans and some were Catholics; although only the Catholics were canonized saints, Pope Paul VI mentioned the courage and witness of the Anglicans, too.

Therefore, not only do the Ugandan Martyrs offer the North and West an example of the true sexual dignity that is chastity, they also model brotherhood between all Christians who work for a truly Christian sexual ethic. Maybe they can be an inspiration also to all men and women who are tempted to give into the lusts of a powerful person or lobby and need a little saintly help to persevere in courage.