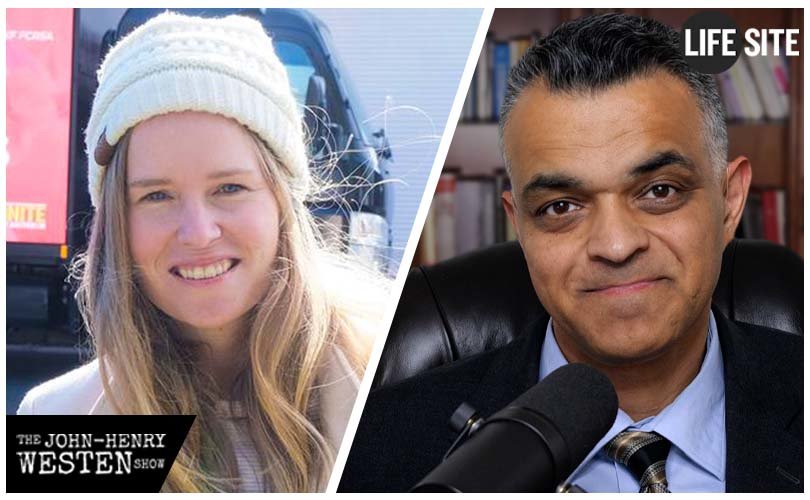 (LifeSiteNews) — In the latest episode of The John-Henry Westen Show, I spoke with the parents of an Australian journalist and activist who was recently arrested by police for not following the state’s COVID health dictates and for “incitement,” because of her open and public stance against government tyranny. However, on Wednesday of this week, Monica Smit was granted bail under revised conditions after spending three weeks in prison.

I sat down with her mother and father before the bail hearing was set to take place to get their take on Monica’s arrest and her growing movement across Australia.

Monica has become a national heroine for standing up for everyday Australians, who have faced some of the most difficult situations during the government-imposed COVID lockdowns, and now with mask and vaccine mandates. John and Liz Smit explained to me that their daughter has been a voice and source of strength for the people. They also shared how they’ve relied on their faith during these challenging times.

Monica’s anti-COVID activism in the past year began during the first lockdowns “when she felt that people’s voices were not being heard,” Liz said. So she started a “silent protest.” She also encouraged people to collect evidence which proved the closing of businesses, schools, and churches were totally wrong, and sent them to police. Additionally, Monica has worked with lawyers to help people legally navigate the restrictions.

Monica’s father, John, told me that his daughter was charged and arrested by police for so-called “crimes” that were not only too broad, but which should be handled like traffic infringements. Therefore, they concluded that her arrest was a way to get Monica to give up her rights as a citizen and journalist.

But despite this, she has remained unwavering in promoting the truth. They relayed some messages that Monica told them before they weren’t able to communicate anymore, including how she said, “if they can’t break me, they can’t break you!”

Liz said that Monica truly believes, as George Orwell wrote, that “in a time of universal deceit, telling the truth is a revolutionary act.”

John and Liz expressed their thanks for the prayers and spiritual support from Christians all around the world, saying it is “a sign of God’s strength supporting her.”

Please continue to keep the entire Smit family in your prayers.