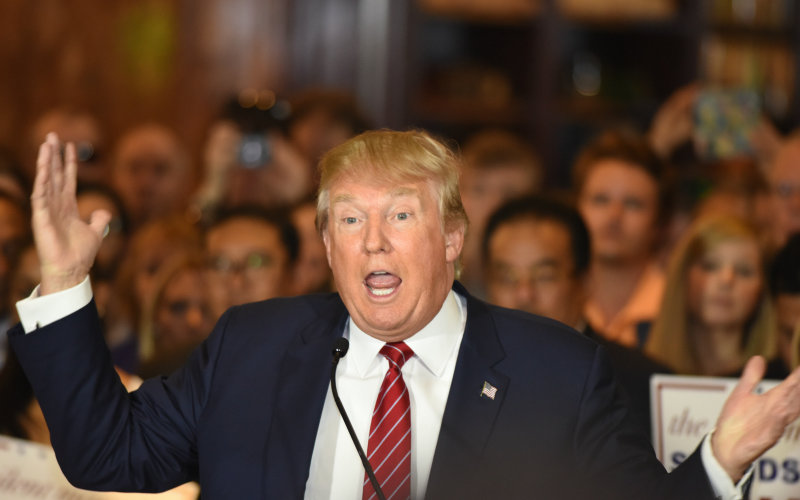 Jan. 17, 2017 (LifeSiteNews) – As the Inauguration of Donald Trump draws closer, the tone of the media has become more frantic, as if there is still something they can do to stop it. From the Huffington Post to the New York Times, journalists are warning people that what is going on is not normal, and that we must all be very careful not to “normalize” Trump or his administration.

Mother Jones and Salon have taken to posting their hatchet pieces on social media with the tagline, “This is not normal.” Slate has gone so far as to promise their subscribers (in a plea for more customers) that they will never “normalize” Trump.

Secular progressives and their obedient poodles in the press have been at war with “normal” for quite some time.

Those unfortunate celebrities who suggest that perhaps it's time to rally behind the new administration and hope for the best are accused of assisting in the normalization process. Late night goofball Jimmy Fallon spent much of his sad Golden Globes monologue trashing Trump to atone for his “normalizing” of the businessman earlier in the campaign, which he had apparently done by ruffling Trump’s hair.

First, it’s important to remember that the media would be doing precisely the same thing if the incoming president was someone like Ted Cruz rather than Trump. In fact, there have been scores of columns detailing darkly how Vice President-Elect Mike Pence, former Congressman and governor of Indiana, is even worse than Trump. Why? Because he’s a Christian conservative who is pro-life and attempted to pass laws protecting religious liberty. That’s why.

Don’t kid yourself into thinking that the Republicans would be getting a fairer shake if they’d only nominated someone less crass. They wouldn’t. Donald Trump’s often sketchy past simply makes it easier for them.

Secondly, I do understand why the transition period has been jarring to a lot of people. Donald Trump’s ascendancy to the position of the most powerful man in the free world has not mitigated his thin-skinned proneness to respond to every criticism of him that surfaces, whether it comes from actors or  politicians or journalists. If he doesn’t learn how to let things go—and it seems unlikely that he will—someone on his staff should start curating his Twitter use.

On the other hand, his willingness to hit back at organizations like CNN, which dedicated itself to the destruction of his candidacy and abandoned any pretence of neutrality a long time ago, is satisfying to watch. Those yelling about the necessity of a Free Press have confused the right of journalists to speak truth to power with the nonexistent obligation of right-wing politicians to lie there and allow themselves to be torn apart by the left-wing piranhas that dominate today’s media outlets.

But all of that aside, it is interesting to note that their main complaint about the Trump Administration is that it is not “normal,” considering that the secular progressives and their obedient poodles in the press have been at war with “normal” for quite some time.

It’s difficult to take media figures seriously when they warn against normalizing Donald Trump as president, but push the idea that gender is a virtually non-existent concept and that children and teenagers should be permitted to “transition” into a different sex via drug treatments and castration. It’s hard to nod along when they warn against the dangers of “normalizing” political extremism while running defence for Planned Parenthood, an organization which facilitates the killing of hundreds of thousands of American babies every year and colludes in the sale of their body parts. A post-modern, post-truth, post-reality world where gender and the rights of babies to be born do not exist—that is their “normal.”

With these facts in mind, my reaction to the dire warnings of the “progressive press” has been a mixture of laughter and contempt: Really? You guys get to define normalcy? No, thanks.

It was the secular progressives who championed the dangerous, biology-denying gender ideology that has parents claiming that children in preschool and even younger are “transgender,” setting them up for a lifetime of confusion and preparing to mutilate their genitals and poison them with unnecessary drugs. It was the secular progressives who portrayed the LGBTQ agenda as the moral equivalent of Rev. Martin Luther King Jr.’s Civil Rights Movement, baying for the redefinition of marriage and advocating for obscene Pride Parades as noble marches. Now, media outlets report with approval, children are comfortable “coming out” even before puberty.

The cultural revolution initiated by the secular progressives and their press propaganda arm has transformed the face of America. The institution of marriage was hollowed out and then redefined. Sexual ethics were abolished. Over fifty million pre-born children have been snuffed out and tossed out like garbage. Conservatives and Christians have been highlighting this ongoing assault on the foundations of democracy and family for decades and yelling: This is not normal!

But with the reign of the radical secular progressive Barack Obama, such things began to seem normal. He hugged Planned Parenthood’s CEO and gave them piles of cash. He used existing legislation to force gender ideologies into state schools. He lit the White House up with the gay rainbow to celebrate the redefinition of marriage. He hoped to hand his New America, his work-in-progress, to Hillary Clinton so she could finish the job.

But Hillary Clinton lost, the secular progressive activists lost, Planned Parenthood lost, and Hollywood lost—and they lost to a trash-talking, scandal-riddled Manhattan billionaire. It turned out that their “normal” was not Middle America’s normal, and that a lot of people had simply had enough of the social engineering projects that progressives loved to fiddle with while millions of people saw their lives getting worse.

Americans who do not live in New York or California rejected the progressive project of normalizing the absurd, and the progressives have been convulsed with panic attacks ever since. Their projects are stalled. The Vice President-Elect is a pro-lifer. The Education Secretary is a Christian.

This is not normal!

In some ways, I suppose it’s not. But it certainly is a refreshing change, and Donald Trump’s cabinet selections have been a welcome cause for optimism, as has his refusal to back away from his prior pro-life commitments. Planned Parenthood may actually get defunded. Pro-life justices may really get appointed. A pushback against the secular progressives just might start happening in the highest places of American government and law.

Maybe, just maybe, we can take a few steps back towards the old normal—back when babies were recognized as children and not seen as medical waste, back when boys were boys and girls were girls, back when radical sex activists were not celebrated as freedom fighters—back when the Judeo-Christian tradition upon which Western civilization rests was not seen as something to be destroyed or dispensed with.

That wouldn’t be “normal” to the secular progressives who have become used to victory. But it would be wonderful.