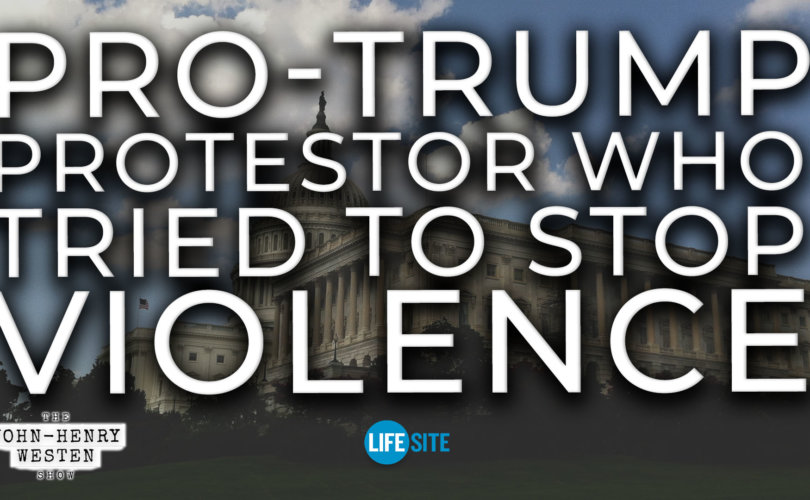 January 13, 2021 (LifeSiteNews) — Mounting evidence seems to suggest that the rioting at the U.S. Capitol on January 6 was a false flag event where Antifa radicals played a key role.

I recently spoke with “Joseph,” a pro-Trump supporter who was at the Capitol. We have to protect his identity for his own safety.

Joseph said he believes there were some shady characters who didn’t seem like typical Trump voters at the Capitol, and that other rally-goers believed them to be Antifa.

He informed me that he had to tell them to stop trying to break windows at the Capitol building. He also said he didn’t see anyone who was “armed” with guns.

“This isn’t just some violent mob that’s trying to overthrow the government,” he said. “It was a group of protestors who … got a little bit hotheaded, especially when Antifa started instigating things.”

“It seems like a lot of things were put into this to try to make it look as bad as possible.”