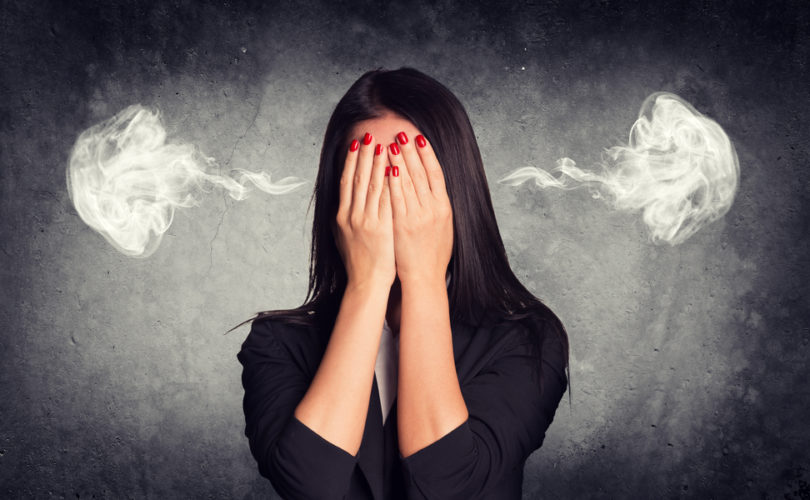 The irony is so breathtaking, that it's hard to imagine that Planned Parenthood didn't think twice before hitting “post.”

Sadly, they may not have even been aware that anything was amiss: which just goes to show how deep the self-delusion in the pro-abortion movement goes.

“Words matter. When we dehumanize people…we make it easier for others to do them harm.” – Jessica Valenti

Of course, Jessica Valenti is 100% correct. Words do matter. And when we “dehumanize” others we do in fact make it “easier for others to do them harm.”

Take, for instance, the 20-week unborn baby whose distinctly visible, fully-formed, dismembered arms and legs are featured in one of the undercover videos released by the Center for Medical Progress.

Planned Parenthood assiduously refers to those arms and legs as “fetal tissue,” and in a press release after the release of that video, assured viewers who may have been disturbed by what they saw that sometimes watching “medical procedures” can be difficult. Tellingly, they didn't deny that those were, in fact, the dismembered arms and legs of a baby killed in their clinic. Why? Because that's exactly what they were.

Jessica Valenti, in the article linked to by Planned Parenthood, scornfully rebukes pro-lifers for speaking of abortion as “murder” and Planned Parenthood as selling “baby body parts.” This, she says, amounts to “hateful” rhetoric.

Which is, quite simply, stupid and dishonest. Because killing another innocent human being is murder: and anybody with eyes to see can look at an ultrasound and see that the babies being ripped apart every day in Planned Parenthood clinics are human beings – and it goes without saying that they're innocent.

And what else are you supposed to call that arm, leg, liver, and those intestines and other organs harvested from an unborn baby and clearly visible in the video other than “baby parts”?

But speaking of “fetal tissue” is, of course, much more soothing than “baby body parts.” Why? Because it's dehumanizing. And it's so much easier to rip a person apart, and to convince the public that this is just good old-fashioned “medical care,” when you dehumanize your victim by using long, impressive-sounding, impersonal words. Words like: “product of pregnancy,” “products of conception,” “fetal tissue,” “blob of tissue,” and “contents of the uterus.”

These deeply dehumanizing words form the basis of Planned Parenthood's lexicon: they are the backbone of the verbal engineering that has allowed Planned Parenthood to end the life of millions of demonstrably human, and in some cases, fully-formed babies capable of sucking their thumbs, moving about, kicking, feeling pain, and hearing and recognizing the voices of their parents.

The pro-life movement doesn't dehumanize our opposition: we urge our supporters to pray for abortion workers as children of God, to reach out to them in compassion, to provide them with concrete support they need to follow a new career if and when they leave.

The pro-life movement isn't dehumanizing anyone by calling abortion “murder” and fetal tissue “baby body parts” – we are giving the dead the dignity of recognizing their humanity and the worth that they possess. We are speaking facts. If speaking those facts sounds hateful, maybe that's because it is the facts themselves that are hateful, not the words.