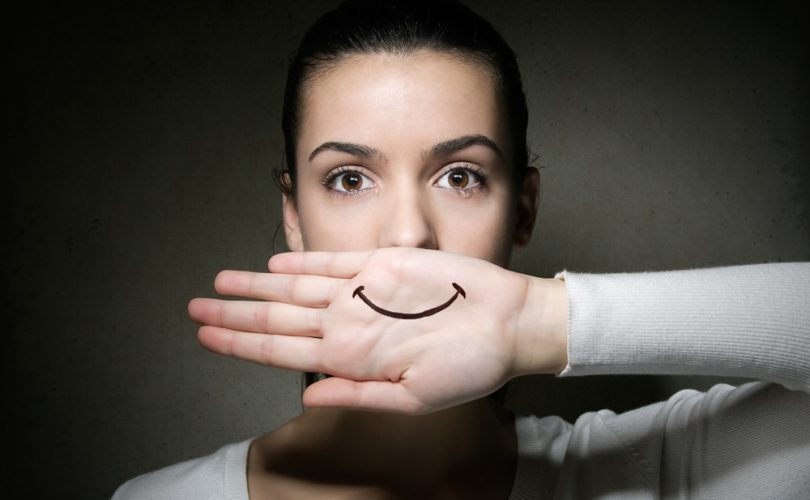 For too long we have been lied to about the sexual revolution. But now the mask is coming off, and the younger generations are recognizing that they have been sold a pack of lies.

It’s sobering and frustrating to consider that each and every time social conservatives raised the cultural alarm throughout the last five decades, pointing out that each new manifestation of the Sexual Revolution would lead to devastating consequences, they were written off with derisive laughter. They were accused of “provoking a moral panic,” or being “stuck in the past” or “too prudish.” The “slippery-slope” arguments of aging moralists were simply dogmatic hysterics to be ignored, if not mocked.

Unfortunately, the briefest of cultural overviews reveals that those who sounded the alarm were not crackpots, but prophets.

Regular, government-funded nude and sexually explicit frolics in the streets of our biggest cities? Check (and if you don’t go, you’re a bigot).

Soaring rates of pornography addiction that has now ensnared the majority of our population and is creating an insidious new rape culture emanating from the screens of our computers and smartphones? Check.

Millions upon millions of tiny human beings suctioned, shredded, dismembered, and burned to death in the name of “freedom”—the human cost of allowing us to copulate without consequence? Check.

While there are many depressing trends that we need to fight, one trend that it is encouraging is the number of people who have realized that the Sexual Revolution sold them a pack of lies.

And I could go on. But these sobering facts beg a very good question—how can the pro-life movement expect to impact, much less change, a culture that has gone so far?

The answer to that question, as I’ve seen in hundreds of personal conversations with high school students and university students, is that the truth eventually seeps in.  There’s a reason that the current hyper-cynical, often nihilistic “Family Guy generation” responds so well to the pro-life message when we arrive at their high schools: When we tell them they’ve been lied to, they already know that. They’re just not sure how.

This is a generation that has never known what came before the Sexual Revolution. They weren’t part of the massive cultural shifts that resulted in the mainstreaming of pornography, hook-up culture, and abortion. It was simply bequeathed to them as their dubious inheritance.

Teenagers dislike being lied to by adults, and when we confront them with reality, they realize very quickly that much of what they believed was nothing less than a failed cultural experiment.

Even mainstream media publications are slowly but surely admitting what social conservatives have said all along. Publications from The Atlantic to The New York Times to The Daily Mail are all admitting that pornography is warping the minds of the youth, creating situations in which girls are being coerced into sex acts they do not want to perform, impacting the ability of boys and girls to emotionally bond, and, bizarrely, rendering many boys and men sexually impotent.

The same goes for hook-up culture. Hannah Rosin of Slate, while ostensibly supportive of hook-up culture, was forced to admit in her recent book The End of Men that what many sexually-experienced university students wanted at the end of the day was just to go out on a romantic dinner date—an “experiment” that some of them had never tried.

TIME magazine released an article some time ago titled “The Hook-Up Culture Hurts Boys, Too”—tacitly admitting that the reality of hook-up culture hurting girls now just goes without saying.  And while the Sexual Revolutionaries accuse social conservatives of being “anti-sex,” it is their ideology that has profoundly undervalued, debased, and degraded this most intimate of human experiences.

In fact, when a professor named Chap Clark set out to find the story behind the statistics of sex in high schools, he was shocked by what he found: “I was surprised to realize that for most mid-adolescents the issue of sex had lost its mystique and has become almost commonplace. They have been conditioned to expect so much from sex and have been so tainted by overexposure… as one student told me, ‘sex is a game and a toy, nothing more.’”

While there are many depressing trends that we need to fight, one trend that it is encouraging is the number of people who have realized that the Sexual Revolution sold them a pack of lies. The controversial actor and comedian Gavin McInnis, for instance, realized that everything he’d been told about abortion was wrong when he saw his wife give birth. I interviewed him some time ago, and he told me that he’s not the only one:

I think that the liberal world is realizing that, as I did, that it just doesn't add up.  And I think the world is catching on. You can check the internet, but that's because the only place these liberal graduates, these liberalized graduates have to go, is the internet.  So they spill out, and lost logic is seeping in.  I was just at a conference, in Palm Beach this weekend, called Restoration, and there was a lot of old conservatives, and they were really negative, and they've given up.  And I just kept saying to them, ‘Guys, the truth is seeping in.  And the children in the information age, the really young kids, they don't believe all this.’  And I also noticed it with abortion.  Like you have punks for the first time carrying pro-life signs, and you have bands like Flat Foot 56 being ‘Be a man, don't be a quitter, just because the child's within her.’ And I think that it's changing.

In many ways, it is. When we approach the youth of our culture today, we’re not telling them what might happen as the result of the Sexual Revolution, we’re telling them what has happened—and how to avoid those consequences themselves. We now know that the free love utopia promised by hedonistic academics and drugged-up hippies was as illusory as their narcotic-induced hallucinations. All we have to do is show them the half-century report card and ask them questions—ask them if porn and hook-up culture and abortion has made them happy. Our society has confused pleasure with happiness for too long, and now that we’ve gotten a good look at the fall-out, many people are rediscovering age-old truths that our culture abandoned on the ill-fated whim of those who thought to justify their own desires.

And yet, the truth seeps in. I know I’ve quoted this poem before, but Arthur Hugh Clough says it so beautifully:

For while the tired waves, vainly breaking,
Seem here no painful inch to gain,
Far back, through creeks and inlets making,
Comes silent, flooding in, the main.