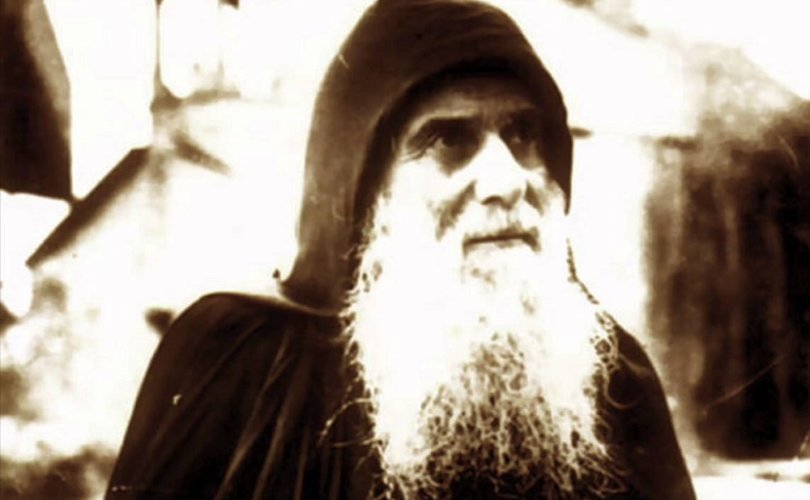 January 23, 2020 (LifeSiteNews) — For many years I have had a great interest in learning about and studying the writings of Eastern Orthodox monks, along with the men and women the Orthodox revere as saints. Although one has to be prepared to encounter occasional anti-Western prejudices or polemics, I find that these men (and women!) often gave expression to certain fundamental truths of the Gospel with uncommon clarity and power. They have spiritual nourishment to offer Catholics and, indeed, any Christians.

Most recently, I was reading about Gabriel the Fool-for-Christ of Samtavro in an issue of The Orthodox Word (n. 308 of the year 2016), published by St. Herman of Alaska Press in Platina, California. Gabriel Urgebadze of the former Soviet state of Georgia lived from 1929 to 1995. The basic facts of his life may be read here.

He was particularly famous for an incident that displayed his zeal for God’s honor, his courage in the face of evil, and his folly for Christ. As narrated in the aforesaid magazine:

It was May 1, 1965, the day that everywhere in the Soviet Union people celebrated International Workers’ Day — a  quintessentially Communist holiday. Although the party officials on the tribunal and the people celebrating it in the square paid scant heed, it was also Great and Holy Saturday. Fr. Gabriel had just served the Liturgy and was walking to another church when he saw, as part of the celebration, a twenty-six by sixteen-and-a-half foot portrait of Lenin on the façade of the Union of Ministers building, illuminated all around with electric lamps. Above the portrait was the banner, “Glory to Great Lenin!” The Party members were standing on the tribunal, and everywhere there was music and shouting — a scene reminiscent of  Nebuchadnezzar’s “every kind of music” that would play before all were to bow down before the idol in Babylon (cf. Daniel 3).

Fr. Gabriel’s love of God could not countenance the godlessness of this spectacle. He went to the church and brought back a flask of kerosene and some matches to the Union of Ministers building. Strangely unnoticed by the guards, he walked right over to the portrait behind the tribunal, poured kerosene over it, and set  it alight. The kerosene, combined with the oil paint, ensured an instant conflagration, which caused the lamps to burst, making people think it was an act of sabotage and throwing them into a panic. But when they saw by the tribunal only a priest in a black cassock they quieted down. Then Fr. Gabriel stretched out his arms and shouted, “Thou shalt not make unto thee any graven image, or any likeness of any thing that is in heaven above or that is in the earth beneath or that is in the water under the earth. (Ex 20:4).” The crowd became enraged and threw themselves at Fr. Gabriel, beating him almost to death, as he continued, “Glory is due not to this corpse, but to Jesus Christ, who trampled down death and gave us eternal life!” Then he fell silent. Had it not been for the police who intervened, this would have been the end of the saint’s earthly life.

Before setting fire to the Soviet idol, Fr. Gabriel was fully conscious of the ramification of this act. He knew that this could mean his death, but he was prepared to die. He would have suffered much less had he died then, because a terrible ordeal now began for him that would mark a new phase of his life.

(Other accounts of the same incident may be found here and here.) The “new phase” mentioned was a period of incarceration, interrogation, and torture by communist officials. Gabriel suffered these with such heroic patience, fortitude, and even joy that he converted several of his persecutors and won the affection of all the prisoners — some of whom apparently were sad to be released from prison because they would have to leave Gabriel’s company!

And what do we see today? We see leaders of the Catholic Church condoning group prostrations before pagan divinities; we see them turning a blind eye to, or even promoting, Liberation Theology’s poisonous mixture of Christianity and Marxism; we see favoritism to liberal, progressive, and communist individuals and movements; we see the rejection of traditional doctrine, morals, and worship; we see a neglect of persecuted Christians in the Middle East, a neglect of the unborn sentenced to death. In every way, the modern Catholic Church presents us with an appalling negation of the virtues of the first fool for Christ, the apostle St. Paul. In his heroic act against the godless rulers of his day, Gabriel of Samtavro reflected these same virtues.

Here is the ecumenism of real holiness. May St. Paul, the Holy Theotokos, and all the saints pray for us and obtain for us deliverance from the anti-witnesses of today who are provoking a virtual schism from the truth.