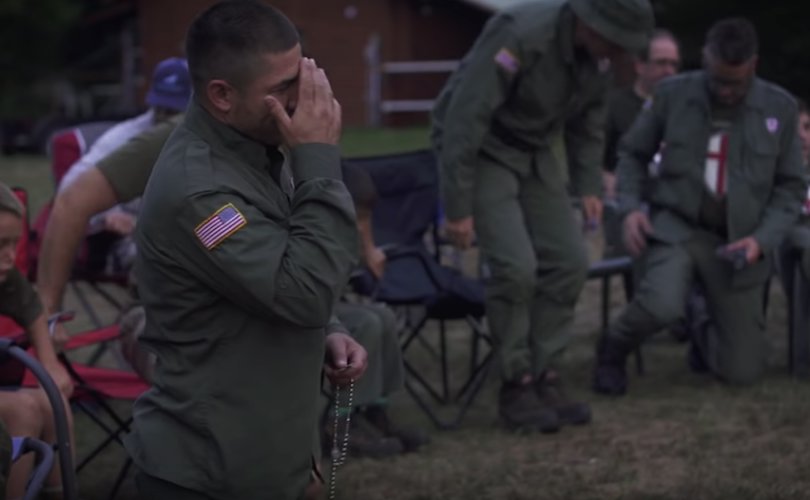 October 26, 2018 (LifeSiteNews) – Earlier in October we passed the 60th anniversary of the death of Eugenio Maria Giuseppe Giovanni Pacelli, who served the Church as Pope Pius XII from March 2, 1939 to October 9, 1958. While there is a lot of hullaballoo about more recent (post-Vatican II) popes, we seldom take time to learn about the preconciliar popes.

Pius XII has been saddled with absurd allegations of complicity with the Nazis—charges that have been abundantly refuted, only to be brought forward again and again to enrich new journalistic pockets. The real grandeur of the man and the enormous legacy he left the Church are seldom appreciated.

It is a cause of astonishment how quickly Catholics can forget the major documents of a deceased pontiff, as if a new pontiff is supposed to overshadow and even shut away the work of his predecessor. Catholics have (or should have) a Newmanian view of development, whereby everything of importance that comes before is cherished and carried along with time, to form the basis of subsequent thought and action. We do not (or should not) have a Hegelian view where a later stage confronts and supplants an earlier, only to be itself subsumed into a new and unexpected synthesis.

Pope Pius XII is a case in point. He was intellectually daring, ready to tackle any subject, conversant with modern thought, eager to find new ways to explain ancient truths, but he was faithful to the heritage of Leo XIII, Pius X, Benedict XV, and Pius XI, whom he regularly cited and elaborated like a composer writing a theme and variations.

Summi Pontificatus (1939) was Pius XII’s inaugural encyclical. As the precarious peace of Europe was being shattered by Blitzkrieg, Pius set forth the Catholic vision of the principles of unity that bind together men and nations, and imploring the world to return to the Church’s sane and salutary teaching on political realities. Although Pius XII would later address social questions in many documents over a period of nearly twenty years, he never again wrote a social encyclical, and indeed to this day Summi Pontificatus is rarely classified as such because it does not conform to the pattern of Rerum Novarum.

The consequent neglect is to be regretted, for in many of its paragraphs Summi Pontificatus articulates basic social principles in singularly forceful language. The pope emphasizes that the modern tendency towards statism (the “omnicompetence” of the secular State) is a pernicious error that must be opposed, and that the Christian concept of a State founded on natural law precepts requires that it support, not neglect or contradict, the development of moral and religious excellence in the citizenry.

Two groundbreaking encyclicals emerged in 1943: Mystici Corporis Christi and Divino Afflante Spiritu. Of papal documents dedicated to ecclesiology (the study of the Church as such), Mystici Corporis Christi is surely the greatest, and should be obligatory reading for all Catholics. Why does Scripture call the Church a “body,” and in particular, the body of Christ? What is the difference between a physical body, a moral body, and the mystical body? How was the Church generated over time, and how does Christ actually “need” us, His members? In what consists our union with Christ, and with others in Him? Why should we love the Church above all others, and how may we best love her? These are the questions with which this beautiful and doctrinally rich meditation is concerned.

Divino Afflante Spiritu is often hailed as an encyclical that caused a Copernican revolution in the enterprise of Catholic exegesis, which it is said to have moved away from the naïve literalism of Leo XIII’s Providentissimus Deus—yet another example of that tendentious intepretation of Church documents that has become a hallmark of diocesan and university apparatchiks. In reality, as an impartial reading shows, Pius XII wished to harmonize the legitimate discoveries of modern exegetical science with non-negotiable truths such as the divine inspiration and inerrancy of every authorial assertion in Sacred Scripture. In that sense he did not so much modify Leo XIII as augment and refine his thinking, laying the groundwork for Vatican II’s Dogmatic Constitution on Divine Revelation Dei Verbum.

Mediator Dei (1947) and Humani Generis (1950) are justly famous. In both, Pius XII staunchly opposed modernist trends or tendencies in the Church that were, and still are, detrimental to the health of Catholic worship and theology (as the two are inseparable).

For its part, Mediator Dei contains a substantial positive teaching on the nature, purpose, and efficacious symbolism of the sacred liturgy. When I first read this encyclical years ago, I was stunned at the depth of my ignorance of what we were doing in church every Sunday. Since then, the conviction has grown in me that the worst affliction to beset the postconciliar Church is forgetfulness of what the Sacrifice of the Mass is all about, and in particular, how it involves me, right here, right now. Moreover, this encyclical warns against the very trends that became dominant in the liturgical reform under Paul VI, such as antiquarianism.

The dogma of the fourth ecumenical Council, that of Chalcedon, proclaiming the divine and human natures in Christ to be distinct without separation and united without confusion, is the subject of the majestic encyclical Sempiternus Rex Christus (1951), written for the Council’s 1500th anniversary; Evangelii Praecones (1951) and Fidei Donum (1957) speak of the promotion of the Catholic missions around the world, which were flourishing under this pontificate; Sacra Virginitas (1954) exalts consecrated virginity; Musicae Sacrae (1955) defends traditional sacred music and critiques secularized church music, making it a document even more relevant today than it was 63 years ago; Haurietis Aquas (1956) treats of devotion to the Sacred Heart of Jesus with fiery intensity and childlike faith; Miranda Prorsus (1957) warned Catholics newly mesmerized by motion pictures, radio, and television to beware of surrendering their souls to the entertainment industry.

Every one of these encyclicals rewards our reading today and could serve as food for thought in the quiet of your room or in any study circle or parish group. You will be a wiser Catholic for it.

(All of these encyclicals may be found here at the Vatican website and here at Papal Encyclicals.)