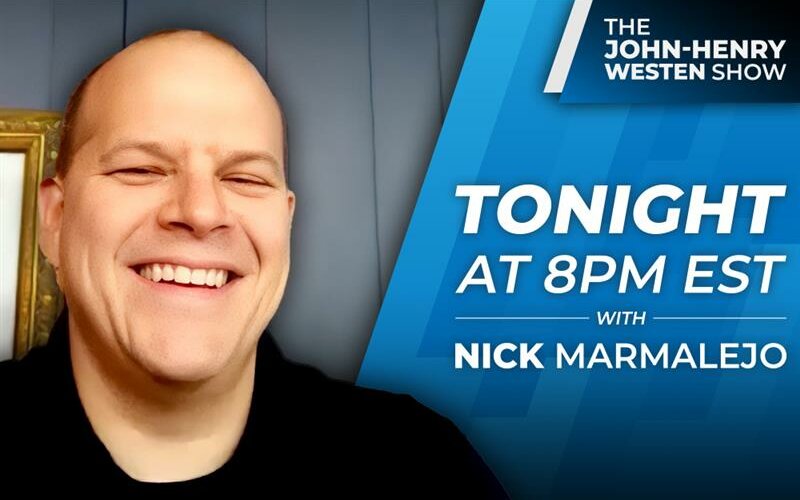 FRONT ROYAL, Virginia (LifeSiteNews) – After learning about LifeSite’s new partnership with St. Joseph Partners and listening to John-Henry Westen’s interview with the group’s well-spoken founder Drew Mason, I was vocal in my support. So John-Henry invited me on his show to discuss some of the economic reasons behind the partnership and, consequently, what we are all financially facing today as seen through the eyes of a “prepper.” Click here to tune in tonight, November 2 at 8:00 PM ET.

On tonight’s episode of The John-Henry Westen Show, I was asked about how much cash and food one should have for a significant crisis in terms of time. To my mind, three weeks is the sweet spot for the newly-initiated. It’s a substantial but reachable goal, and once obtained, it engenders confidence and creates a solid level of resourcefulness for when things go south.

Become your own central bank

One response to the globalists’ agenda is personal resiliency. In economic terms it means becoming your own central bank. From a “prepper” standpoint, that means having at least cash, precious metals, and few — if any — liabilities, which is to say debts.

Keeping money outside of the bank is a critical, prudential component of this. As John-Henry discusses on his show, Canadian telecom giant Rogers had its network go down in July, resulting in a large swath of the nation not being able to conduct electronic transactions. The disruption lasted only a day, but it is emblematic of what can happen when the entire system becomes compromised. Having cash on-hand and outside the bank provides flexibility. What could be considered a crisis can be reduced to an inconvenience if the proper preparations are in place.

Even if the electronic grid goes down for a longer length of time, or a more serious disruption to the financial system occurs, some businesses will still be willing to conduct trade in cash for at least a limited duration. In a worst case scenario, credit markets will seize. Trade and commerce as we know it today will basically stop, and the ATMs will be quickly drained or shuttered. It is likely that cash will be king for a time.

In history it is almost unheard of to see something occur with 100% probability, but when it comes to fiat currencies, every one — without exception — one day reaches a value of zero. It will be no different for the U.S. dollar. Since 1913 the U.S. dollar has lost 99% percent of its purchasing power, and so the dollar’s value and reign as the world’s reserve currency seems to be fast approaching the end.

Because cash is only as valuable as long as there is confidence in the currency, it is important to prepare outside of the currency. This is where precious metals come in. Precious metals have been considered real money for millennia. Governments know this and that’s one reason they are the biggest buyers of precious metals. They print fiat cash endlessly and then take that to buy what can’t be printed: precious metals and other commodities.

It’s difficult to summarize the enormity of financial risk foisted upon the world with this dynamic, and the public has been to a great degree lulled into a lack of concern. Having physical gold and silver in one’s possession, however, provides a bulwark against the intentional manipulation of market forces that favor central banks and institutional insiders. By doing exactly what central governments are doing — buying and storing physical precious metal — one has the best shot of mitigating financial uncertainty in a systemic collapse. Precious metals will not only preserve wealth, but will serve in some way as a bridge to any new financial system that emerges.

The economic game board

I got into prepping in 2008 before the financial crash. I felt something was drastically wrong then with where things were headed economically. Watching that debacle unfold in real time pushed me to take steps to protect myself and my family from market and social turbulence.

Since then, the economy and what I consider its inevitable implosion have been my focus in terms of preparedness. Sure, there are other threats, but this one has always seemed certain to me, and preparing for a looming economic collapse covers most other dangers, too. How a collapse might play out was anybody’s guess for along time, and then 2020 happened. COVID-19 and the resulting lockdowns are a dark and clear indication of what central planners — the globalists — have had in mind when it comes to their grand scheme of the so-called “Great Reset.” Additionally, the plandemic demonstrated how society at large will lose its collective mind in a crisis.

Working to maintain a baseline level of preparedness for hard times takes extra effort. Having cash and precious metals outside the banks and in an otherwise undisclosed but safe location provides financial protection in uncertain times. But more than that it yields a sense of peace, and for me, that alone makes it worth the effort.

Editor’s note: At this time, only LifeSiteNews readers based in the United States and Canada are able to take advantage of the opportunities offered by our partnership with St. Joseph Partners. Stay up-to-date with LifeSiteNews for future opportunities extended to readers and listeners in the U.K. and around the world.

Nick Marmalejo is a journalist for LifeSiteNews. He has earned an M.A. in Education from University of Bath (U.K.) and graduated from Christendom College with a degree in History. Prior to joining LifeSiteNews, Nick most recently worked for Seton Home Study School as a history teacher and then director of its high school guidance department. Nick was also the editor of the inspirational pro-life periodical Celebrate Life magazine from 2003-2005. Nick’s interests include chess, construction, and old tools. He currently resides in Strasburg, Virginia with his wife and five children.