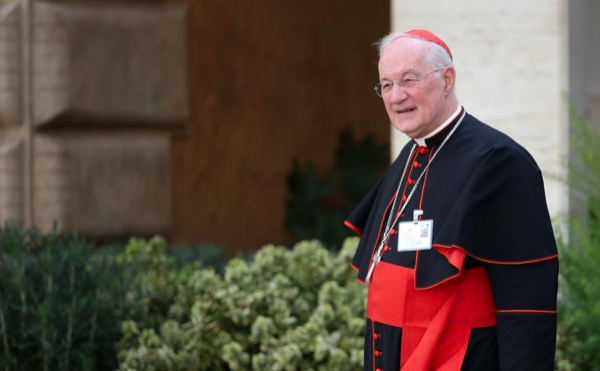 October 8, 2018 (LifeSiteNews) – Cardinal Ouellet’s response to Archbishop Viganò is obviously a document of great seriousness that attempts to respond to the latter’s revelations and allegations. Both the eminent position of its author and its severe content compel those who are investigating the truth of the matter to take it seriously as part of the many documents that the McCarrick case has occasioned.

But if the Prefect for the Congregation of Bishops (and therefore one who has been involved in the appointments in recent years of some of the Church’s most controversial liberal prelates) thinks his letter is going to be enough to shut the door on Viganò’s account, he is mistaken. There are three things that give one pause about this letter.

First, although Ouellet accuses Viganò of essentially “going over to the dark side,” he never invokes a higher authority in support of his own claims. That is, unlike Viganò, he does not say his conscience is compelling him in the sight of God and that he swears before God to the truth of what he is reporting. For Ouellet, it seems the guiding rule is: “Trust me. I’m an important person. I have access to the Pope. All that I’m saying is true and all that Viganò is saying is false.”

I’m sorry, but with so much evidence of real lying and cover-up on the part of hierarchs of the Church, “just take my word for it” is not going to cut it anymore. If someone, even the highest authority in the Church, were to say to you: “The Synod of Bishops on the Family was run with perfect transparency, fairness, and collaboration,” would you buy it? Of course not. Truth has its claims on our human reason.

More particularly, since there are already many reasons to distrust Pope Francis’s handling of this and other disciplinary and doctrinal affairs, saying that “the Holy Father assures me” and “has given me permission to say this” and “will ensure all documents are thoroughly searched” is about as convincing as Cardinal Wuerl and Cardinal Tobin saying “they didn’t know” there were serious problems with their predecessor McCarrick. Does anyone really expect intelligent people to believe this kind of thing? It reflects sadly on the breakdown of trust under this pontificate to note that many Catholics fear and even expect (again, not unreasonably) that incriminating documentary evidence will be or has already been shredded. Conveniently, investigations will discover nothing!

Second, if some have criticized Viganò’s letter for being “over-the-top” distrustful and disrespectful of Pope Francis, unfortunately this letter by Ouellet is “over-the-top” sycophantic, even papolatrous. He undermines his credibility by speaking of the Holy Father as of a veritable Messiah who has only labored selflessly, with heavenly purity, for the Kingdom of God: “a true shepherd, a resolute and compassionate father, a prophetic grace for the Church and for the world…”

Yes, by all means, we want to remain in communion with the Successor of Peter—and nothing in Viganò’s letter suggests that he repudiates this Successor or would wish to sever communion with him. But do we have to crawl on our knees to lick the boots of the fisherman? Ouellet undercuts his case by showing that, in his eyes, this pope can do no wrong (at least no serious wrong), and on the contrary, is the God-given prophet for our times. Would that this were so, but it cannot simply be assumed as a kind of geometrical axiom.

Along these lines, our eyebrows rise when Ouellet claims that his own “interpretation of Amoris Laetitia”—namely, an interpretation that favors access to holy communion for those living objectively in adultery, contrary to divine law—“is grounded in this fidelity to the living tradition, which Francis has given us another example of by recently modifying the Catechism of the Catholic Church on the question of the death penalty.”

Again, Your Eminence, with all due respect, no one on earth can excuse Catholics from the solemn duty they have before God to follow the settled and established tradition of the Church, not to mention Sacred Scripture and the ordinary universal Magisterium, all of which measure, delimit, and control the so-called “living” tradition—whether about divorce and “remarriage,” the legitimacy of the death penalty, or any number of issues. The loaded phrase “missionary reform” in Ouellet’s final sentence is another signal that he is thinking along the lines of a hermeneutic of rupture and discontinuity. For Catholics concerned about the novelties of this pontificate, such sweeping language will not incline us to meekly drop our objections.

Third, Ouellet’s letter is strangely, one might say eerily, bereft of believably genuine acknowledgment of the sheer amount of damage done by McCarrick and others like him in the Church. He writes:

How is it possible that this man of the Church, whose incoherence has now been revealed, was promoted many times, and was nominated to such a high position as Archbishop of Washington and Cardinal? I am personally very surprised, and I recognize that there were failures in the selection procedures implemented in his case.

“Incoherence” is as weasily a word as “inadmissible.” How about “vicious behavior”? The prefect says he is “very surprised.” I dare him to look a victim of abuse in the eyes and say: “I am personally very surprised that this could have happened to you. There must have been failures in our procedures.” A little frank discourse here would have gone a long way towards giving Ouellet ground to stand on, but he is so intent on slamming Viganò that he forgets the gravity of the matters about which Viganò is indignant in the first place.

Let’s put it bluntly: No one reading this letter by Ouellet can believe that he cares about the extent of the moral corruption of homosexuality in the hierarchy, that he recognizes it and its fallout as a crisis, and that he and his Vatican associates intend to exterminate it. Rather, reading between the lines, one senses that the only man who is really in trouble is Viganò himself.

As Edward Pentin pointed out, not once in Ouellet’s letter is Viganò referred to as a bishop; and in one chilling moment, the prefect appeals to him to “return to communion” with the pope. This suggests that Viganò has already been stripped of his episcopal dignity and excommunicated, or that this will soon take place. Given that such severe penalties have been rarely administered even to bishops of monstrous moral corruption, the implicit message is that no crime whatsoever can compare with that of challenging the Dictator Pope.

All told, Cardinal Ouellet has accomplished two things with this letter. First, he will have equipped progressive and “conservative” Catholics with the perfect excuse for discrediting and discounting Viganò’s testimony; hence, whatever truth is contained in it will have an even harder time gaining a foothold and prompting overdue reforms. Second, and ironically, he will have strengthened the conviction of many that it is precisely a blind adulation of Church leadership that has led us straight into the lion’s den of the current abuse crisis.