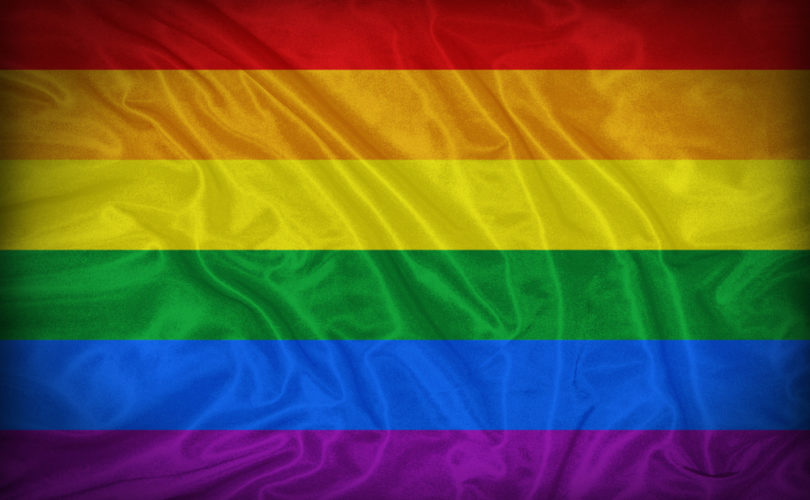 April 2, 2015 — I’m a designer. I love the shiny silver products created by Apple. But when those products become philosophical pontifications in Op-Eds and news media campaigns of misinformation, I want to dump my Apple tech in the trash can where Tim Cook’s “dangerous” religious freedom propaganda belongs.

I’m a Christian, and I love people. We’re all flawed. Heaven knows I am. We don’t, however,

pretend those flaws are something to be celebrated. At times we’re liars, we’re greedy, we’re self-serving, we’re impatient, and we’re easily stirred to anger. Those are innate characteristics but not things we celebrate because we’re “born that way.” This is the nonsense, though, that we’re commanded to accept and promote. Apple, Nike and mainstream media are not only hostile to my faith; they’re hostile to common sense.

I’m a father. And basic biology doesn’t elude me. My children understand reproductive biology 101. Woman plus man equals child(ren).  They understand that mommy is not simply interchangeable with daddy. They love what each of us provides to their precious little lives. Apple and the LGBT brigade deny these basics and demand acceptance, full conformance and participation in their intolerant “equality”.

I’m not the type to comply to deceit and distortions. As the Chief Creative Officer of The Radiance Foundation, our mission is to illuminate truth—no matter how inconvenient. The self-righteousness of corporate elites, whose businesses are often built upon laborers who are not treated “equally” (hello Nike and sweatshops), is laughable. But this coordinated assault is serious. Apple has no problem selling its products in countries like Saudi Arabia and China—you know, the paragons of human rights—but will demand a boycott against Americans in Indiana who don’t jail or kill people for their religious or lifestyle choices.

Ironically, in this whole cultural tsunami that is sweeping over this country, it’s not homosexuals or bisexuals or intersexuals or whateversexuals whose businesses are being swept away. LGBT folks are not being fined, forced into re-education training and stripped of their livelihood; it’s Christians who don’t believe they should be forced to participate in or promote certain homosexuality-centered events. Religious freedom, seemingly unbeknownst to tech prophet turned history professor Tim Cook, is actually the first-listed Constitutional right given to Americans. “Sexual orientation” didn’t make the cut. But somehow it must trump our actual Constitutional rights.

This brings me to an interesting quandary. How is “sexual orientation” fixed yet “gender identity” is fluid? Which is it? Kind of easy to just make things up when it’s all about the emotional and not the evidential. Caught in the middle of all of this is a word that is not inherently evil: discrimination. We discriminate every day—which foods we’ll eat, which people we’ll talk to, which clothes we’ll wear, which clients we’ll pursue, which students we’ll accept, or which stories we’ll cover. Discrimination is only “evil” when the intolerant left has decided who and what is equal (which clearly doesn’t include the unborn, Christians, or us self-loathing conservative black folk.)

This reality escapes New York’s Governor Cuomo, who has desperately pushed the most radical pro-abortion law in the country under the misnomer, “Women’s Equality Act”. This pro-Gosnell bill, if passed, would legalize abortion in NY through the entire pregnancy. Abortion is the most violent form of discrimination. Liberals like Cuomo aren’t outraged by this inequality. Cuomo also had no problem with NYC’s anti-Christian Jim Crow law banning churches from paying rent to use taxpayer-funded public school spaces. The Supreme Court, in its typical dereliction of duty, refused to hear the Bronx Household of Faith’s First Amendment case. This allowed New York to keep its decades-long ban of worship services from using public schools during non-school hours. Cuomo didn’t issue any executive order there. Instead, the Cuba-bound Cuomo (soon to embark on a trade visit with the oppressive regime) has banned any “non-essential travel” to the state that dared to pass what 19 other states have to protect religious liberty.

Cook and other corporate colleagues, like Paypal’s founder Max Levchin, love to invoke the Civil Rights Era and ride on the blood-stained coattails of those who didn’t fight for same-sex “marriage.” No matter the present-day hijacking of civil rights history, the fight was for the very humanity of those whose genetic pigmentation denied them their actual constitutional rights (namely the 1st, 14th, and 15th Amendments) to be upheld. Being gay is not the same as being black. Homosexuals never had to ride in the back of the bus. They never had to go to separate and unequal schools. They never had to take literacy tests or pay poll taxes to vote. They weren’t the targets of campaigns of terror by the Democrat-founded KKK. No one ever became black because of emotional, sexual, or psychological trauma. But there are those who have homosexual attractions as a result of such traumatic experiences.

And the media feeds all of this insanity by refusing to report the truth about anything dealing with homosexuality. It’s impossible for Americans to get an impartial take on LGBT issues when every major media establishment partners with “gay rights” organizations like GLAAD and the National Gay and Lesbian Journalists Association. News articles read like press releases from LGBT activists.

Did you notice that Tim Cook’s Op-Ed wasn’t fact checked? In fact, there’s not one FactCheck.org article on the Religious Freedom Restoration Act. The First Amendment isn’t the only casualty of our modern culture. Truth has been dying a slow and painful demise for a long time, and so-called journalism has offered it death without dignity.