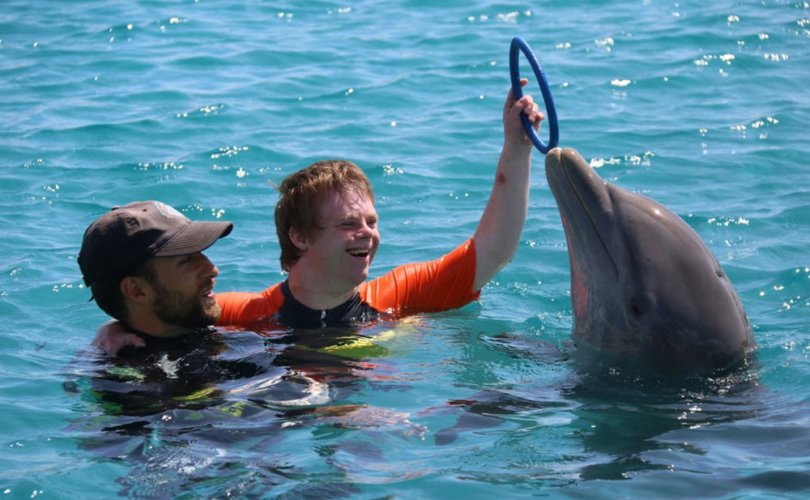 January 14, 2019 (LifeSiteNews) – It is a sad irony that I spotted the headline in the Irish Times, a newspaper which led the media charge in favor of legal abortion in Ireland: German man who survived abortion dies at aged 21.

“Tim was not supposed to be born,” the Jan. 9 column, written by Derek Scally, begins, “and certainly not to live. Now the man who survived a failed late-term abortion in 1997 has died at aged 21.”

Consider the language being used here, in a newspaper that supported the legalization of abortion on demand. “Survived.” “Failed late-term abortion.” “Not supposed to be born.” It is clear that the writer sees certain facts as obvious: An abortionist intended to kill Tim—who became known as the “Oldenburg baby”—but failed, and thus Tim survived. His existence was predicated on a medical failure.

At twenty weeks gestation, tiny Tim was diagnosed with Down syndrome, and his mother decided she wanted to abort him. But in Germany, abortions after 13 weeks of pregnancy are forbidden by law with the sole exception of instances where the mother says that her physical or psychological health is severely threatened by the pregnancy. In order to qualify, Tim’s mother threatened to kill herself unless she got an abortion, and so a late-term procedure was scheduled.

Fortunately for Tim, the abortionist was sloppy, and decided not to follow the usual protocol of injecting potassium chloride into his heart in order to kill him prior to removing him from the womb. The abortionist figured that Tim wouldn’t survive premature labor, and so assumed that the injection would be unnecessary to accomplish the objective of killing Tim.

It didn’t work out that way, and Tim was born alive weighing 1.5 pounds. The attending physicians assumed that he would die in short order, and wrapped him in a towel so that he could perish in warmth (a procedure known as “comfort care.”) Tim was left alone for nine hours. When the nurses returned for a corpse and discovered a breathing child, the decision was made to give him medical care.

Doctors at first figured that the attempted abortion would still kill Tim in the end, stating that the premature birth had caused Tim to have underdeveloped lungs and other health difficulties that, among other things, made him especially susceptible to infections. Tim’s mother, who had not been anticipating her son’s scrappy skill for survival, gave him up for adoption. Bernhard and Simone Guido, who had applied to be foster parents and were expecting a girl, fell in love with little Tim the moment they laid eyes on him in the hospital in 1998.

Tim’s survival spurred the Guidos into pro-life activism, and they became vocal opponents of the practice of late-term abortion in Germany as well as pre-natal tests used to identify babies for abortion. A German MP even sued the physician who had failed to abort Tim, but the case was dismissed; it was legal to kill babies like Tim. He just happened to be lucky, even though he suffered throughout his entire life from medical conditions resulting from the attempted abortion. In addition to having Down syndrome, he was autistic and could scarcely speak.

And just as when doctors left Tim to die alone wrapped in a towel, he lived much longer than expected, and rather than passing away as a child, he lived to the age of 21. He passed away after contracting a lung infection after spending a “wonderful Christmas” at home with his family—the family that had been inspired by Tim’s unexpected and beautiful life to devote themselves to fighting for children just like him.

Perhaps the abortion-pushing journalists over at the Irish Times do not realize it, but stories just like Tim’s will now unfold in their own country, as well. Abortion is the act of killing a defenceless pre-born child in the womb, and as Tim’s story shows so clearly, the failure of an abortionist means the survival of a precious human being, a person with the capacity to bring joy and meaning to the lives of those around him. Abortion survivors are an inconvenient reality for the abortion industry, because they allow us to meet the boys and girls and men and women who were not supposed to be here, and help us to see, in some small way, that great mass of humanity that we have butchered before they could grow up and tell us who they are.