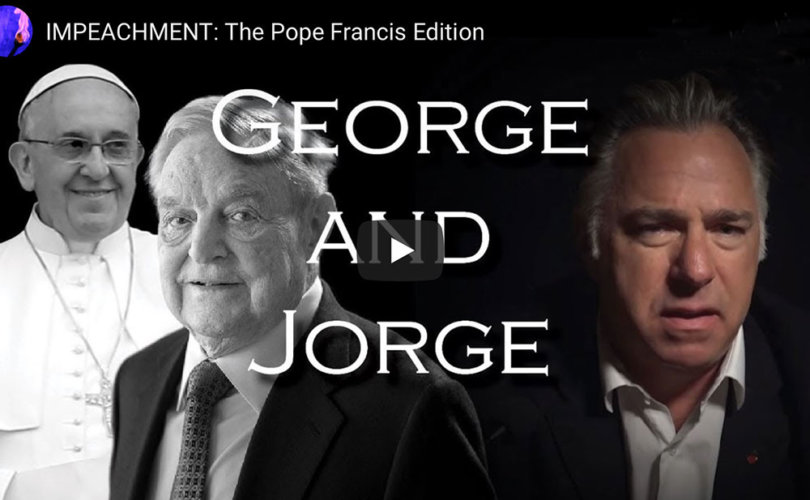 December 13, 2019 (LifeSiteNews) – In early October, LifeSite played a major role, as part of Voice of the Family which we co-founded, in the organization and presentation of an historic roundtable discussion in Rome titled Our Church – Reformed or Deformed. Several of the most well-informed and outspoken Catholic leaders who have been exposing the severe crisis that the Catholic Church is now going through each gave a presentation on their particular emphasis of the situation.

Each of these leaders are quite different from one another in many ways – from Dr. Taylor Marshall to Professor Roberto de Mattei to LifeSite’s John-Henry Westen to The Remnant’s Michael J. Matt and Church Militant’s Michael Voris and more. In our view, each plays an important, but very different and helpful role for the benefit of the Church today.

In this blog posting, I am highlighting an especially revealing and unapologetically blunt video assessment of the Francis papacy, recently presented by Michael Matt, that is quite different from anything that you would normally see on LifeSite. In my opinion, it is seriously worth viewing and considering.

Not all of the leaders who spoke at the roundtable agree with each other on everything. Their presentation styles are dramatically varied – one being quite blunt, another academic, another more theatrical in trying to wake up the sleeping masses to the disaster that we are facing, some being gentle, but also very truthful about painful realities.

However, all of them were chosen because they are known to us as exceptionally faithful and heroic sons and daughters of the Church doing their very best to warn all Catholics that there is now a great, historic crisis in the Church that must be faced and dealt with.

LifeSiteNews, which reports on a wide variety of issues related to life, family and culture issues, has a particular, professional news service style of reporting and commentary that our readers appreciate. Michael Matt, of the Remnant traditional Catholic newspaper that reports entirely on Catholic Church developments and teachings, has a dramatically different style from LifeSite in trying to inform the public about grave developments within the Church. He is a good man who is deeply concerned about what is happening to the Church that he loves.

In this video presentation, Matt discusses a number of issues and persons that have been covered on LifeSite and other websites and puts together an alarming, very frank picture of the state of the Church today under the Francis papacy.

We would be foolish to write off or ignore Matt's revelations and commentary, perhaps because we don’t like the way Michael talks about the pope and others closely aligned with Francis. Matt gives his viewers a crucial, well documented overview, refers a number of times to LifeSite reports and ties together a CNN investigative report on a notorious pedophile priest to close relationships between Pope Francis, now former Communist dictator and Francis friend Evo Morales, George Soros, Bishop Sorondo, Jeffrey Sachs, Cardinal Tagle, who was recently appointed to a major Vatican role, the United Nations and more.

Matt presents a very ugly and disturbing story that, quite frankly, regardless of how we might prefer it to be told or whom we prefer it be told by, is a story that we must all become aware of.

In my opinion, all who love the Church and care for the innocent victims of religious charlatans, need to watch this video and consider its validity. Then pass it on to many others if you conclude it is crucial that the world should know about this so that actions will be taken to stop the desecration of the Church by corrupt or highly negligent Church leaders.