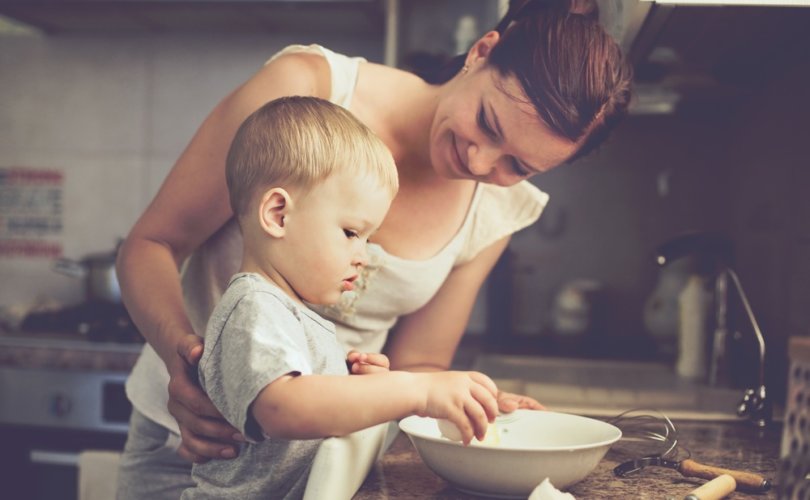 January 3, 2020 (LifeSiteNews) — I’ve mentioned more than once the importance of culture. Catholic culture, I wrote in one article, presupposes culture. I would like to say more about this issue, not only because it is important in itself, but because people want to know what they can or should do about the current crisis in the Church. Well, they — you, we — should learn how to cook.

Our Lady of Fatima’s message to the children in 1917 was, Sr. Lucia later explained, was not primarily about the First Saturdays or the rosary or the brown scapular, important as those devotions are. It was “the faithful accomplishment of our daily duties.” The world would be converted if Catholics performed their daily duties more faithfully. That is why the enemies of the Church have attacked precisely those daily duties. For most Catholics, online zealotry is easy, or at least appears so; it is being a good Catholic father, mother, husband, wife, son, or daughter that has become extraordinarily difficult, not to mention being a good Catholic employer, or employee, a good Catholic citizen, or a good Catholic public servant. One might say, perhaps, that being a good Catholic public servant — an elected representative or career civil servant — has become impossible in some places, and that this kind of public engagement is best avoided. We wouldn’t dare say that it has become impossible to be a good Catholic spouse or parent, though, because that would imply that we could not have families at all. Somehow, we have to face the difficulties and overcome them.

So we should learn to cook. Because the only thing that is going to make possible the survival of our families is a Catholic culture, a culture that has been transformed by grace. A culture cannot be transformed by grace if it does not exist. Fundamental to the culture of the family is the home, as a place where family members can be at their ease, surrounded by familiar things that remind them of the family’s history and values, where they can find the wisdom of the older members and the energy of the younger, where they can find rest and nourishment — where they can expect and find good food, food that has been cooked there.

This is a cultural artifact that can be transformed by grace, grace that raises the natural to the supernatural level — and so we find the Catholic home, where not only natural, but spiritual rest, nourishment, and refreshment is to be found.

I’m writing this not to make anyone feel bad about the kind of home one is able to provide for one’s children. The kind of home I am referring to has been attacked in a relentless and vicious way for two or three generations. No one should feel ashamed of not being able to cook. You can’t be expected to cook if no one has taught you: the young are not taught, and older people sucked into demanding jobs don’t have the time. It is worth saying as well that it is not easy to learn cooking out of books, as recipes in glossy cookbooks frequently contain errors and omissions.

A good example of the cultural assault on the home is the 1999 film American Beauty. The wife, who is not an attractive personality, makes a big thing of providing what she calls “savory and nutritious food,” and her efforts are rewarded, by her husband and daughter, with contempt. This is also the message of the series Desperate Housewives (2004–2012). What the Hollywood elite wants us to think is that those who devote even a part of their lives to the home exhaust themselves for an empty illusion and are not appreciated.

In real life, on the contrary, there is nothing more important. What is the point of having money if you have no comfortable home to return to at the end of the day? This has been made ridiculously difficult, but it is still worth making the effort to approximate it more closely than we have been able up to now.

So make this a New Year’s resolution. I don’t mean making cooking a hobby, with occasional super-elaborate meals. I mean making it part of the daily routine. One of the things that distinguished your grandmother’s food (if you were fortunate enough to remember a grandmother like this) from the strangely insipid stuff we usually get today is the making and storing of meat stock. It gives flavor and nutritional value that can be attained in no other way, but it presupposes a whole set of attitudes about quantities, types of food, leftovers, and meal-planning.

This kind of housekeeping is, perhaps, an impossible dream for many. But it is, at least, a worthy dream.