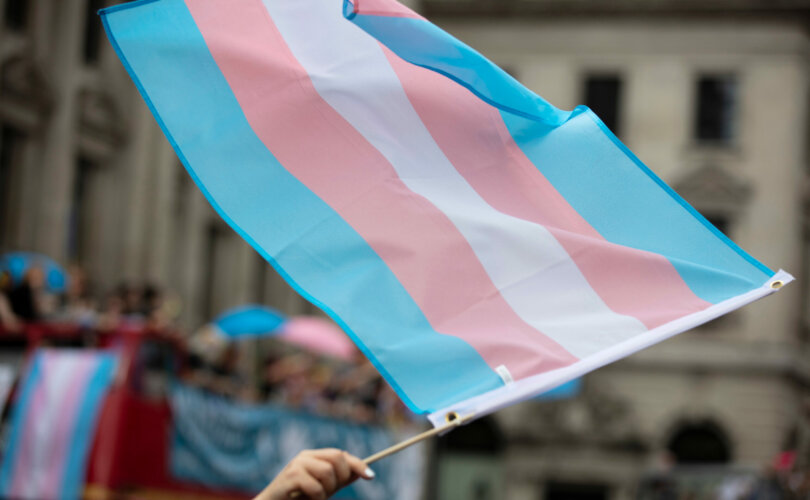 (LifeSiteNews) – Why is our society suffering through such an existential crisis of authority? That’s a question with many long answers. One short one: the media have decided to voluntarily relinquish any credibility they might have by serving as the propaganda arm for the transgender movement, pushing absurd premises and obviously false headlines and stories on people who know they are lying.

In fact, the media not only serve as a propaganda arm, but actually police the boundaries of acceptable conversation aggressively, attacking those who step out of line. When a teenage girl recently talked about how she was traumatized by seeing a nude man in the changing room at the YMCA, this is how the media responded:

Media: “She says she’s a woman, period. That’s where it ends.” pic.twitter.com/PW30C3Dqvm

To recap: Two male reporters responded to a teen girl’s discomfort with a male in her changeroom with Male One saying, “She says she’s a woman, period. That’s where it ends.” Male Two responds: “Absolutely.”

The gentlemen of the press, everyone.

It has fallen to independent journalists, for example, to cover how schools are indoctrinating children into LGBT ideology and even helping them “transition” while hiding that from their parents. And how does the media respond to this independent coverage? With stories like this one: “These School Bans On Pride Flags Should Freak All Of Us Out.” Yeah, that’s what should freak all of us out – not kids getting sex changes, or four-year-olds being taught what “non-binary” is, but this: “The rainbow flag is not a dangerous tool to push a political agenda, but a symbol of inclusion that indicates to LGBTQ kids that they are safe.” This is Pravda-level stuff.

That sort of thing is the least of it. Consider “India” Willoughby, a biological male previously named Jonathan who now “identifies” as a woman. He is a celebrated English newsreader, journalist, and broadcaster who landed a gig as a co-host of an all-women talk show on ITV and has won awards for his contribution to diversity in media. He also happens to think that criticism of the transgender movement – and protections for women’s rights, of the sort advocated by feminists like J.K. Rowling – are literally like the Holocaust.

I’m not kidding. In a series of tweets, he laid out his case:

Existing legal protections of trans people are being removed. We are labelled predators, groomers. Over 1,000 negative press stories per month in the UK. Backed by Gov. Calls for us to be segregated. To carry ID papers. Banned from schools. Ringing bells?

There is a massive crossover between neo Nazis and the ‘Gender Critical’ movement. They view trans as the easy sell to the public. The key to getting the public on their side. In the US, it’s now effectively illegal to be trans in certain states. Schools been told they must report any kids in their class who are trans to special ‘Safe Guarding’ units. Parents who allow their kids to be trans face criminal charges – their kids removed. Trans families are fleeing states. Again, ring any bells?

We are so small that no-one pays much attention.

When horrified respondents noted that the transgender movement’s opposition is nothing like death camps, Willoughby doubled down:

The transgender movement has taken over progressive politics, academia, the media, and the entertainment industry – but this journalist, who has been publicly celebrated over and over again simply for identifying as a woman, actually thinks that criticism is persecution on par with what the Jews suffered under the Nazi regime (his only proviso being “barring the death camps”).

Meanwhile, the press is publishing headlines like this one: “’This rapist decided he was no longer a man only after appearing in court on a rape charge’: Scottish MP’s fury as transgender rapist attacked two women then changed gender before the trial—as it is revealed she will be held in a women’s prison.” That headline is from the Daily Mail, which is very critical of what is going on – but even they obediently refer to this rapist grifter as a “she,” because that is what their superiors have ordered them to do. Do they know it is a lie? Likely. But it is a lie that the media are committed to using, even when criticizing the transgender movement.

So when the media complain about our crisis of trust and our crumbling institutions, I suggest they head on over to their news sites, plug the phrase “her penis” into the search bar, and then scan the articles that show up. They’re the reason this crisis exists in the first place.