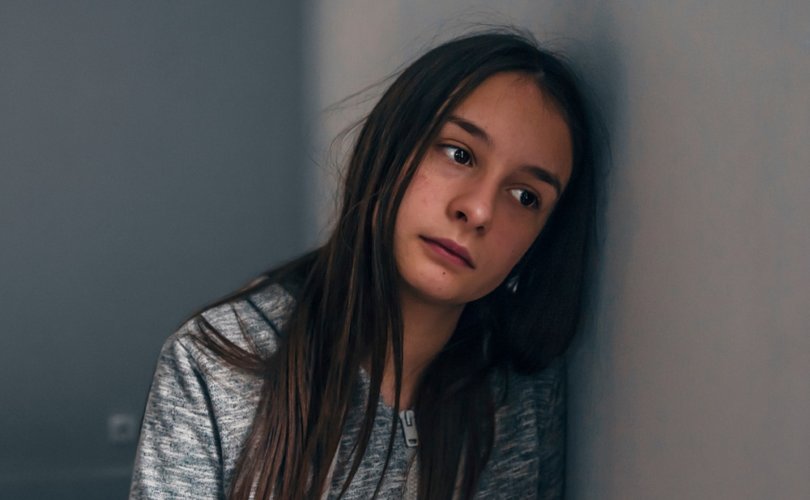 December 3, 2018 (LifeSiteNews) – The headmaster of a smart London school once warned me about being too forthright when giving a talk there. “Young people today feel under tremendous pressure,” he said. I understood what he meant. They feel under pressure to do things they do not feel comfortable doing, such as engaging in premature sexual activity, or in particular sexual acts. They also feel pressure not to agree to do them. Were someone to put more pressure on them not to do such a thing, whether the pressure was emotional or intellectual, it would feel unbearable, because it makes it harder for them, it raises the emotional cost for them, to give in to the strongest pressure.

It must be tempting for people like that headmaster to think that the way to make life easier for his pupils is to do what he can to reduce the pressure to say “no”: from visiting speakers, for example. For my part I never had any intention of addressing such issues directly: I’d been invited to give a talk about philosophy, not personal morality. It is a measure of the problem that he thought that I might.

The real solution is to lower the intolerable pressure for them to say “yes.” A systematic manifestation of moral values in a school would send a message, not only to potential victims, but to potential bullies and rapists that there might be some limits to acceptable behavior. That, of course, would be practically unthinkable in most secular schools—even in most Catholic ones.

One of the key issues faced by pro-life counsellors is to reduce the pressure to say yes: to let women have a choice that is genuinely free, where one option to have the baby, is not, apparently, ruled out by the prospect of a personal or financial disaster. I suppose the equivalent in the context of the sexual culture inhabited by most young people in the West would be to equip them with the self-confidence and spiritual strength that threats of ridicule and worse are not overwhelmingly decisive considerations. If that sounds unlikely to succeed, and it does, the only alternative is not to send them into that poisonous environment at all.

Some young people enter into modern sexual culture without a qualm. The damage they suffer from it is something they do not, immediately, notice, do not recognize as connected with their lifestyle, or do not regard as a problem. To be coarse, cynical, and contemptuous of goodness and beauty, they might think, is just to be grown up. But for many others it is a different story.

For an absolutely unbearable perspective on modern sexual culture in British schools, have a look at this article about the epidemic of rape, by school children on other school children. The reluctant acquiescence of many schoolgirls in sexual acts obviously crosses the line, in many cases, which separates consensual sex and rape. But that isn’t always how it is seen: they are, after all, acquiescing in some form.

“Why didn’t you stop when she was crying?” a teacher asked a 14-year-old perpetrator. “It’s normal for girls to cry during sex,” he replied.

The way the educational establishment attempts to deal with the problem is to reduce the pressure to say “no.” “Do whatever you are comfortable with, they say: ‘We won’t judge you.’ ‘Don’t allow yourself to be pressured to say yes.’” But it is not up to school children whether or not they are “pressured” to say yes: they cannot control their environment. Their environment, created by two generations of officially sanctioned moral anarchy, is calculated to make them extremely uncomfortable about saying “no,” and their teachers are telling them that they have no objective reason not to say “yes.”

The establishment tells us that children are mature enough to decide about sex for themselves. They refuse to press rape charges when a victim is legally too young to have consented. They ignore the pressures placed on children even by criminal gangs. They provide them with contraceptives and the morning-after pill to allow exploitation and rape to continue without the inconvenient interruptions of childbirth. They refuse to inform parents their children are accessing contraception or even abortion. But this establishment simultaneously tells us that, not just children, but adults, are too vulnerable and sensitive to hear about morality. In the circumstances, one can see why they might feel that way.

This is the compassion of the vulture towards the lamb.

1
The simple reason why you should stop using Gmail
2
Prophecy: War will break out in Europe after Pope visits Moscow
3
FBI raids home of Catholic pro-life speaker, author with guns drawn as his terrified kids watch
4
Pro-life Catholic father Mark Houck pleads not guilty to federal charges after FBI raided his home
5
Tucker Carlson: Biden admin ‘may have blown up’ gas pipelines in Baltic Sea
Subscribe to Daily Headlines »