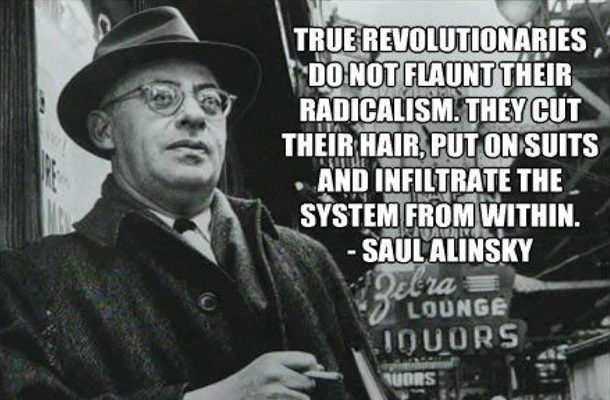 December 16, 2015 (LifeSiteNews) – The two Synods on the Family in Rome, the Church’s strong support for the Climate Change movement and the related Vatican sound and light show have all caused me to be especially alarmed. I only fully realized yesterday why this sense has been so strong. I went down to the basement and pulled out the files of my past involvements in the 1980s and 90s. Then, disturbing, but forgotten memories came flooding back explaining the degree of my current unease. Let me explain.

In the early 1980s, my wife and I became deeply concerned about a new program that was being aggressively pushed into Catholic parishes throughout North America called RENEW. One thing led to another and we learned that this was actually a leftist, political/social consciousness-raising program, skillfully designed to essentially brainwash good Catholics into seeing their prime faith obligation as being one of bringing about a form of leftist “social justice” utopia on this earth. The RENEW logo included a New Ageish bare tree.

The July 25, 1981 newsletter of the Saint Thomas More Educational Foundation (STMEF) talked about the secular humanism encountered in the program and further explained,

Now, having laid the groundwork for dissent, the RENEWers launch a further direct attack upon the Church and expose the Core teams to their real mission:

“ There is a new role for all members of the Church in decision making, creating missions and fulfilling missions. We are all co-responsible; Pope, bishops priests and laity. …There is a new decentralization evidenced by the collegiality of the bishops, priests, senates, parish councils and pastoral councils. The Church has moved away from any concept that authority means control over people.

There you have a clear definition of RENEW which, simply put, calls for the abolition of Papal authority, the protestantization and democratization of the Roman Catholic Church. Again, note the callousness of these people in their statements that the principles of the Church are no longer viable.

From those comments one can see clear similarities to what is now suddenly being proposed again in the Church via the Synod process and by progressive clerics who have experienced a dramatic rise in status under the Francis papacy.

In the 1980s, the push was at the local diocesan, parish and bishops’ conference levels by very liberal Catholics. Pope John Paul II and the Vatican in general were critical of its dangers to the faith.

Now, in 2015, it is the opposite, where the aggressive push for “change” is coming from the Vatican and pope themselves and some leading cardinals. That is a dramatic new development and sudden resurrection of what previously ended up being largely defeated by many faithful Catholics and clergy who were scandalized by the secular focused, radicalization program.

The new element today is the Climate Change (previously Global Warming) movement, in place of RENEW, to indoctrinate and frighten Catholics into accepting the need for radical “change”. Obama constantly promotes “change”, as now also does Canada's Justin Trudeau.

Some friends and myself were personally heavily involved in researching and educating Catholics and our archbishop about the serious flaws in the program and attempting to convince pastors and bishops to reject RENEW. It was exhausting, stressful work because many would not believe what we were telling them and criticized us for being too negative and conspiratorial sounding. (does that sound familiar?)

Eventually, the efforts began to be accepted, and finally, after a number of years, this destructive program was for all practical purposes ended. Interest died. However, much damage to the faith of those Catholics involved in the program occurred, in some cases for life.

What RENEW did was open many in the Church to radical change, Marxist related social activism and to such things as extreme environmentalism and even occult, New Age practices.

Much of this was admitted to have been inspired by the Marxist formed social radical, Saul Alisky. “Alinsky”, wrote STMEF, “began indoctrinating Catholic priests, nuns and laymen with the venom of social and political revolution.”

“The post-Alinsky generations of both clerics and layfolk… take it for granted that for the Church in the modern world it is the methodology and ideology of Alinsky that are wanted, not the outdated social teachings of the popes, which, they would insist, was made totally irrelevant by Vatican Council II.”

“RENEW is, without question, politically SOCIALISTIC. However, it also contains the required seeds of social revolution which more properly identifies as MARXIST. The program is against our system of government, our economic system, some of our labor unions, our processes of manufacturing and free enterprise. There is very little religious doctrine taught in the program… What there is that could be classified as religion is humanistic and fraught with Modernist errors.”

“According to The Catholic Case for Obama, published by a group called Catholic Democrats, Barack Obama'received support in his community-organizing work for Chicago from the Archdiocese of Chicago and the United States Conference of Catholic Bishops through the Campaign for Human Development.' Candidate Obama himself acknowledged CCHD’s importance to his early career in community organizing in an interview with Catholic Digest: 'I got my start as a community organizer working with mostly Catholic parishes on the Southside of Chicago that were struggling because the steel plants had closed.'

From 1985 to 1988 Obama ran the CCHD-funded Developing Communities Project (DCP) from an office located in Chicago’s Holy Rosary Church.”

That would seem to provide some light on the current strange cozy relationship between abortion president Obama and the Vatican, with Obama regularly praising Pope Francis and many of the Church’s new initiatives, especially for its strong support for the Climate Change movement’s advocacy of dramatic, world-wide social, economic and political “change”.

Here are some comments from a RENEW activist as published in the April 25 St. Thomas More Educational Foundation (STMEF) newsletter:

“I detest and fear dogma.”

“Dogma is the enemy of human freedom.”

“An organizer working in and for an open society is in an ideological dilemma. To begin with, he does not have a fixed truth – truth to him is relative and changing; everything to him is relative and changing…He must constantly examine life, including his own, to get some idea of what it is about…Irreverence, essential to questioning, is a requisite.”

This too is very similar to what is being stated again today.

One of the results of this substantial RENEW influence upon the Church was explained by STMEF:

“homosexuality is taught as an alternative lifestyle; the scriptures are considered, to a significant degree to be mythology; artificial birth control is taught and condoned; Catholic hospitals allow direct sterilization; children and adults are taught that Jesus was not aware of his divine nature; fornication between engaged couples is considered less of a sin, or no sin.”

Dr Anca-Maria Cerne, a participant in the last Synod on the Family, was quoted in yesterday's Catholic Herald stating,

“if the Church doesn’t warn against ideological errors “but only against ‘individualism’, ‘consumerism’, ‘social injustice’ and so on, one of the consequences is that the faithful come to think that they should vote for the political Left, which uses more or less the same language. And once the Left comes to power, it imposes a cultural revolution by legalizing abortion, euthanasia, gay marriage, sex education in kindergarten etc.”

Lastly, STMEF quotes from RENEW Core training session, option 7. Notice how this is similar to today’s use of climate hysteria to convince the gullible or just plain innocent to accept the need for radical changes:

“A new world is shaping all about us. It will do it with or without us; whether we are for or against it. The next ten years will make the difference. Either we turn this society around or we are on a collision course; meaning destruction, starvation and possibly, war.

“Between now (1980) and the year 2000, 180 million people will die of starvation (It never happened. In fact the poverty and hunger decreased). While we have been in this meeting, 30,000 children will have died of starvation. By the year 2000 there will be six billion people in this world, one billion will have an acceptable standard of living and five billion will be below standard, facing starvation and disease (What really happened was the opposite – that is billions began to experience major improvements in their lives).

They claim RENEW and Jesus came for the same purpose, to establish a new society; and they state that to do this, they must change the Church established by Jesus Christ.  …”the result of the Church’s mission of salvation (a better world) is secondary to the mission, not the mission itself.

Our Western lifestyles do indeed need to change, but not so much to help the poor abroad, because it is unlikely that the changes advocated by the climate changers will help the poor in certain nations and are even likely to increase the ranks of the poor. Forced income redistrubution programs (socialism) have always tended to do that.

The change that is really needed, above all, is conversion – a return to God and to living a prayerful, moral, less sensuous life, strengthing marriage and family life and giving of ourselves in every way to those we are able to help, firstly, but not only, those right in front of us who are in need.

We must study and know the past in order to understand the present and not repeat the proven errors and damages of the past.