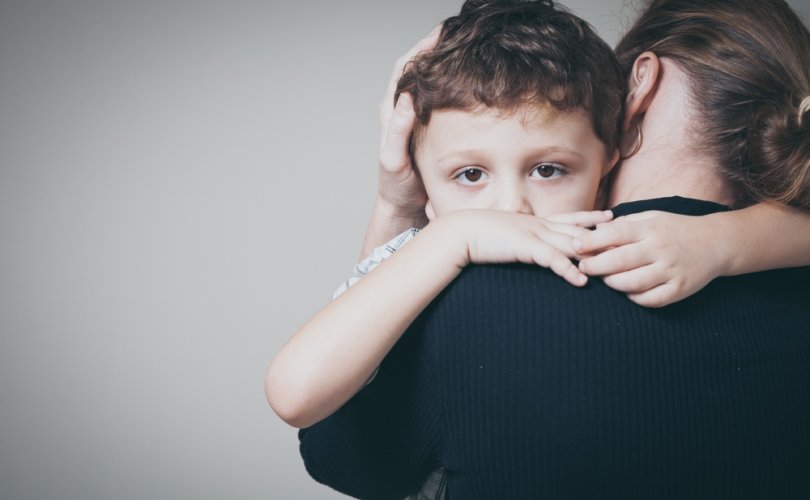 LifeSiteNews is facing increasing censorship. Click HEREto sign up to receive emails when we add to our video library.

December 18, 2020 (LifeSiteNews) — Pro-family activists said that polygamy and polyamory would be next in the queue after marriage was redefined by Obergefell, and everything is unfolding right on schedule. The pattern is familiar. First, personal stories are employed in a willing media eager to cover the next weird thing, exploiting instinctive empathy and beginning the process of normalization. Children are usually involved and utilized as evidence that legal recognition of alternative family arrangements are necessary. Finally, the courts cave, predictably announcing that they are only recognizing an already-existing reality rather than making a substantial change.

Exhibit A is a story out of California. Back in 2017, a “throuple” of men successfully petitioned a judge to put all three of them on the birth certificate of a little girl named Piper. Dr. Ian Jenkins and Alan Mayfield met in 2003, and added another partner to their relationship upon meeting Jeremy Hodges, a zoo-keeper, in 2012. They discussed having children—the media reports on this ignore the fact that obviously, men cannot create children without women. But children have been turned into a commodity, and our society has decided that gay men have more of a right to children than children have a right to mothers.

As The Daily Mail grotesquely put it: “They were offered embryos by a female friend, Meghan.” The men had been given children, and now they needed to rent a womb. As the Mail put it, “a different friend offered to be the surrogate for the embryos, and they paid for many lawyers, Piper was born, followed several years later by Parker.” Now, the three men just needed legal recognition for their arrangement and appealed to a San Diego judge to be recognized as three fathers. The judge initially refused, stating that she couldn’t unilaterally establish a new precedent.

According to Jenkins, “Alan went ‘full mama bear.’ He basically interrupted the proceedings and told them to swear us all in. We all gave very tearful testimonies about why we needed to become parents. You could see the emotion on the judge’s face. She looked at all the options in front of her and found a way to use existing laws to give us the first birth certificate of its kind anywhere.” This, predictably, has been hailed as a landmark loophole for polyamorous throuples and a potential path to legal recognition for a variety of arrangements.

The men now have a book coming out next March, written by Ian Jenkins, titled Three Dads and a Baby (a riff on the title of the 1987 comedy Three Men and a Baby.) The book explains how Ian is called ‘papa,’ Alan is ‘dada,’ and Jeremy is “daddy,” and Jenkins calls their arrangement “just three tame, regular people who spend a lot of time talking about what to have for dinner.” In short? Their family is just like yours, only with no Mama or Mommy—just men. But if Jenkins is to be believed, mothers don’t do anything a father can’t do. Men and women are simply interchangeable.

The point of the new book, of course, is to persuade as all that three dads and no moms is great for kids. According to the Mail: “Ian said they also wanted to raise awareness of the need for more legal rights for polyamorous families…'I really worry about someone who lives somewhere that’s not as accepting as California and wants to live this kind of life and can’t move,' he said. 'Some states are just brutal. They make every effort to impair parenting by nontraditional families and are really unhelpful. I’m hoping this starts the wheels turning that families come in lots of different arrangements.'”

Three Men and a Baby, no doubt, will promptly be turned into an acclaimed documentary or move with rave reviews in all the right publications. We will be informed that only bigots believe that children need mothers, and that to even insinuate such a thing is shocking and outrageous. We will be told that denying children mothers by celebrating family arrangements where children are raised by groups of men is a sign of progress. And when the children tell us otherwise, decades down the road, it will be too late to make a difference.