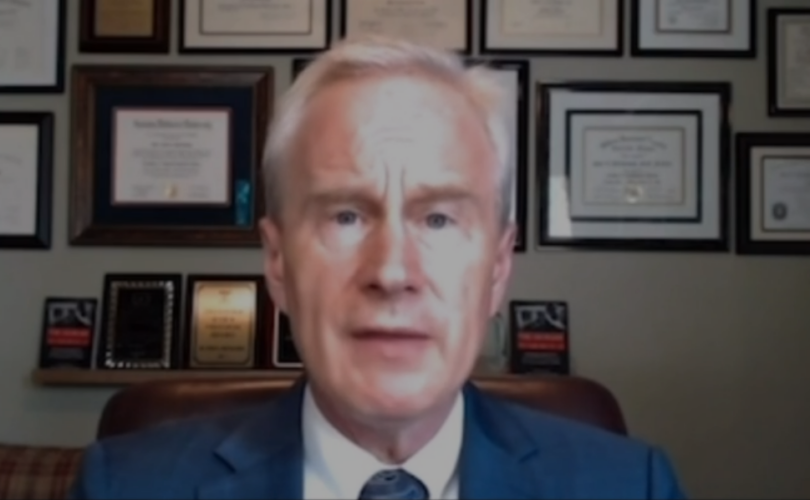 (LifeSiteNews) – A video has been released by the Vaccine Safety Research Foundation containing a slew of clips of recorded sudden deaths in young people accompanied by commentary of top cardiologists.

Both Dr. Peter McCullough and British cardiologist Dr. Aseem Malhotra are featured in the video saying that “until proven otherwise” it must be assumed that the experimental COVID jabs are to blame for the massive uptick in sudden excess deaths in the young.

Malhotra is recorded saying it is his “duty” to “inform” medical professionals and the public that the jabs are dangerous. McCullough echoed similar statements, saying, “We’re seeing sudden death now on a massive scale and it’s the COVID-19 vaccine until proven otherwise.”

The video is startling and a bit grim as the weight of a myriad of sudden deaths in young health people hits the viewer where it hurts.

But the question must be asked: Is it legitimate to assume the wave of sudden deaths in the young has something to do with the jab?

I think so. Here is why

Without even considering data or research or graphs or statistics, we can simply use our reason.

I don’t know about you, but I don’t remember seeing constant news clips and social media posts of young people dying before 2021. It should be noted that I was a high school teacher, and when a young person died, especially while playing sports, we knew about it. And I remember it rarely happening.

So we have to consider what is different about this moment in history compared with the time before when it was not commonplace to turn on the TV and see that another young athlete had dropped dead on the field.

There is one major difference. Can you guess what it is? COVID jabs, of course.

Now, some may retort that it is actually COVID that has caused the uptick. However, COVID was allegedly rampant long before there were jabs, and especially long before the jabs were widespread among the young. However, the youth did not start dying all of the sudden until governments mandated that every Tom, Dick, and Harry be double jabbed in order to get on a plane.

Gluten is bad, keto is good, jabs are safe

Personally, I find it a bit rich that the mainstream is so reluctant to see any connection between people dropping like flies and jabs stabbing into shoulders.

This is especially interesting when we consider that we live in an age when respectable people, including doctors, nurses, politicians, athletes, etc., can express to the public why changing their diet changed their internal health, even when there is loads of evidence that could be shown to be contradictory.

Please don’t confuse my meaning. I am not throwing rocks at people who avoid gluten or follow a keto diet or any other modern trend. I am just saying that in a world where we respect everyone in their health choices while at the same time recognizing that some things work for some and not for others, it is strangely narrow-minded to avoid any consent to the idea that jabs can kill.

You can make a living selling essential oils and claim they cure illnesses (which I imagine they can in some cases), but if you say “hey, that mRNA thing that is proven to cause heart damage might be making hearts stop,” they take your medical license away and tar and feather you in public.

Of course, the jabs should be considered a danger to health and a likely cause of death, and to deny that fact is to engage in ridiculous mental gymnastics in order to hang on to a narrative like a talisman or lucky rabbit foot.