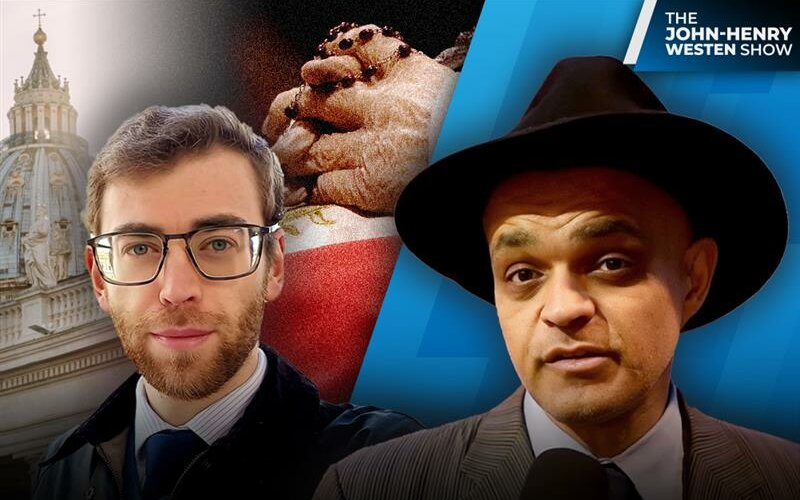 (LifeSiteNews) — This is John-Henry Westen coming to you from Rome on January 5th, 2023. We are here at the funeral of Pope Benedict XVI. As you can see behind me, there’s still the fog lifting in the morning. It’s a cool 5°C here (41°F), and we just passed by hundreds, if not thousands, of priests and religious queuing to get into the funeral. And there are hundreds of faithful. You can see media crowding behind us here as we all cover this historic day.

We’ve got a lot to offer to you as well today on this special episode of The John-Henry Westen Show. We’re going to have a look at President Joe Biden’s very odd response to his press secretary saying that Pope Benedict seemed to not want the Bidens to come. We know that Justin Trudeau is also not coming. But there are dignitaries here: the queen of Spain and (maybe, we’re not sure yet) her husband, Juan Carlos. Also, the king of Belgium, King Felipe, was here as well. Of course, Hungarian Prime Minister Viktor Orbán was here. Many dignitaries present. We’re going to bring you that and much more on this special episode of The John-Henry Westen Show.

Also joining me on this episode are LifeSiteNews’s Vatican correspondents, Michael Haynes and Louis Knuffke, as well as senior correspondent Jim Hale. It’s no secret that Benedict’s death not only marks the end of an era, but ushers us traditional Catholics into a period of uncertainty. This episode of The John-Henry Westen Show seeks to answer the following questions:

Watch the latest episode of The John-Henry Westen Show above or listen below (but I encourage you to watch this one in particular).

WATCH NEXT: The world mourns the death of Pope Benedict XVI