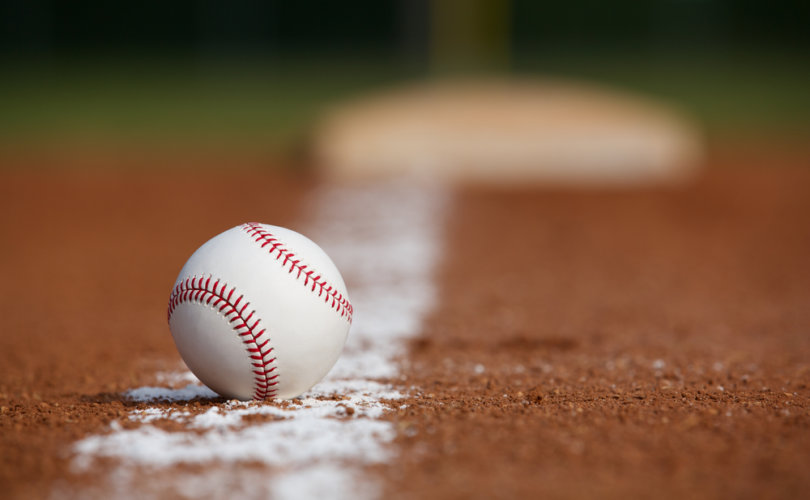 This ridiculous situation is analogous to the efforts of various groups to protect traditional marriage in the United States.

Some years back, as we all became aware that gay “marriage” would become the front-line battleground in our progressive culture war, numerous efforts were made to protect marriage.

Beyond the Defense of Marriage Act (DOMA) at the federal level, most other efforts focused on the states.

State after state passed referendums and state constitutional amendments defining marriage as between one man and one woman. In every state where the question was put to the people in a democracy, they supported the traditional definition of marriage. In fact, it never failed.  In the 31 states that submitted a constitutional amendment supporting traditional marriage to the people, it passed.  It passed every single time.

Thirty-one up, and thirty-one down.  Defenders of traditional marriage pitched a perfect game, and they lost.

The states and the people were overwhelmingly on the side of traditional marriage and none of it mattered; none of it.  This is because their opponents are playing a different game with different rules.

In the past two years, after the Supreme Court of the United States overturned DOMA, federal courts have thrown out state-level bans one after another. What the people voted for and what the people wanted did not matter one bit.

Some suggest that the real battle is for the courts. They suggest all that is needed is to vote for Republicans so that they can appoint more conservative members to SCOTUS. This strategy leaves us fighting according to the Marquess of Queensberry rules during an MMA cage match.

This issue is not just about the courts, and gay “marriage” is just one front-line of retreat in the overall culture war we are losing. During these past years, we have dealt with several assaults on religious liberty by a constitutionally unfettered executive branch and its thug enforcers in the bureaucracy.

Every part of a runaway ubiquitous and all-controlling centralized government threatens the social and moral order. You cannot target one part of it and hope to accomplish anything. It must be defeated and restrained in its entirety or the culture war is lost in its entirety.

This is the only meaningful battle left. We either find a way to restrain massive and all-encroaching centralized government or we don't. We either win or we lose.

In the United States, elections no longer matter at the federal level. No matter whether Democrats or Republicans are elected, all that is changed is how hard we press on the accelerator: the direction never changes.

There is really only one hope left: an Article V constitutional convention that successfully and significantly restrains the scope and power of the federal government, leaving all such cultural and moral issues to state discretion. I am not speaking about a proposed constitutional amendment to ban gay “marriage.” No, that ship has sailed. I mean amendments that restrain the federal government in general and provide state power to nullify federal laws and Supreme Court decisions. That is the only battle worth fighting.

This fight is made ever more difficult in that to overcome this ever-encroaching federal behemoth, we must also overcome many of our own bishops who have foolishly embraced, individually and in conference, federal overreach if it was perceived to advance some narrow policy preference. The bishops backed centralized government-run healthcare even though it posed obvious and predictable threats to individual liberty and religious liberty. They back gross executive abuse of power because it theoretically supports immigrants, even though this same gross executive abuse of power is a clear and present danger to religious liberty. They feed the monster and then act shocked when it bites.

We must all realize that the real threat is an all-encompassing and encroaching centralized secularist government or be resigned to failure and ever-hardening tyranny.

Patrick Archbold is co-founder of Creative Minority Report, a Catholic website that puts a refreshing spin on the intersection of religion, culture, and politics. When not writing, Patrick is director of information technology at a large international logistics company. Patrick, his wife Terri, and their five children reside in Long Island, N.Y.