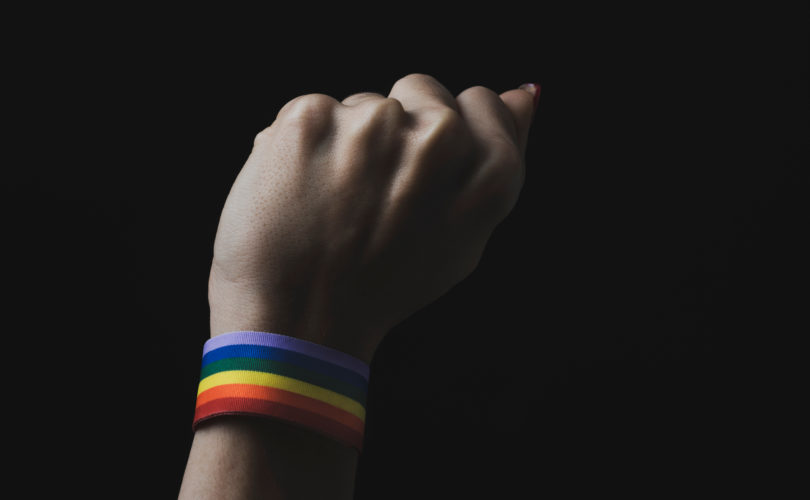 July 12, 2021 (LifeSiteNews) – It is a progressive irony that the transgender movement’s success depends on undermining key premises of the feminist movement. For decades, a key argument made – or more generally, yelled – by pro-abortion activists was that abortion was a women’s issue and that men should have nothing to say unless they wished to be supportive. No uterus, no opinion, as the old slogan went.

It’s not that old – I can’t count the number of times I’ve had it yelled at me during pro-life activism. But with the arrival of the trans movement, everything is changing. Joyce Arthur of the Abortion Rights Coalition of Canada has faithfully changed her language to ensure that it accounts for men getting abortions, too. It isn’t just women who get abortions now, after all – especially as the number of genders multiplies.

Consider this July piece in Women’s Health Magazine. Titled “Transgender and Non-Binary People Like Me Get Pregnant And Have Abortions Too,” “Nick” Lloyd – a biological female attempting to pass as male – insists that “when we talk about abortion, using gender-neutral language matters.” She says she got pregnant four years ago at age 26, and had a first-trimester abortion. “Nick” had an abortion for all the typical reasons – she “wasn’t in a position financially or emotionally to be a parent” and was unemployed.

Lloyd wants the readers of Women’s Health Magazine to know that getting rid of her baby was easy –but getting misgendered was very, very hard. “I didn’t feel ashamed about having an abortion. It was an easy decision for me. But as a non-binary person, my abortion experience led to a lot of gender dysphoria. Every clinic had the word women’s in the name, all the pamphlets used gendered language and featured images of gender-conforming people, and clinicians were kind but didn’t understand trans and non-binary experiences. It felt dehumanizing. I had to emotionally disconnect from the experience entirely because of how gendered it was.”

If she thinks that is dehumanizing, wait until she hears about the fact that an entire class of human beings can be legally destroyed in the wombs because people deny that they are humans … oh, right. Never mind.

And she doesn’t mean to complain too much. “I feel so lucky that I had the means to have an abortion,” Nick said. “My life would be so different without it. Since then, I’ve … adopted a second cat, and have had the time and energy to pursue the activism, hobbies, and lifestyle I enjoy. I even started volunteering with an abortion fund to help drive people who need abortions to their appointments. I’m so happy with where I am in life, and I recognize that that’s because I was afforded bodily autonomy when I needed it.”

Lloyd is now both an abortion activist and a trans activist, attempting to debunk the old pro-abortion slogans about abortion being a women’s issue. Abortion activists who never accepted that pre-born children had fathers and that fathers have a stake in the future of their children are happily accepting the idea that men can get pregnant and thus also need to experience the joy of having a child killed.

Lloyd joined “We Testify,” and seeks to encourage “transgender” people in having abortions and speaking out about them. “I’m open about my abortion because I want the world to see that people like me exist. Trans and non-binary people get pregnant and have abortions – and that doesn’t invalidate their gender. And they’re deserving of care that affirms their gender. I felt like the only trans person on earth who was getting an abortion, and that’s just not true. We’re part of this movement.”

“The good news is that some abortion clinics are implementing training on the needs of transgender patients. I would love to see this become a widespread practice. Trans people get abortions, and their needs in this space matter.”

At first glance, the trans movement and the feminist movement don’t seem to have much in common. But when it comes to abortion, it becomes clear, once again, that they do – blood.