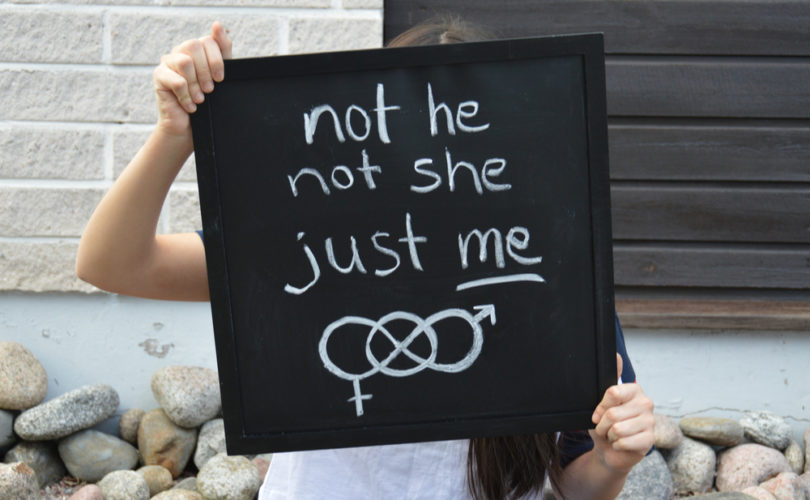 May 18, 2021 (LifeSiteNews) — Over the past couple of years, there have been a number of columns by pundits wondering what the late atheist Christopher Hitchens would have made of the world he left behind ten years ago. The infamously acerbic atheist was an opponent of both religion and political correctness who revered Orwell’s writing on the English language, and he did not suffer fools gladly.

I wonder how he would have suffered the transgender movement. I thought of him when I stumbled across an article in the Daily Mail recently. Hitchens used to open his events by saying “Good evening brothers and sisters, comrades and friends” — a line so characteristic it was delivered sardonically and to chuckles at the end. If the trans activists have their way, however, his famous opener might have landed him in hot water.

According to the Mail, a train operator with the London North Eastern Railway has been rebuked after a “non-binary passenger who goes by the Twitter name Laurence and uses the pronouns they them” complained that the conductor had used an offensive greeting. Apparently, he had welcomed commuters by saying: “Good afternoon ladies and gentlemen, boys and girls.” Laurence, livid, promptly tweeted at London North Eastern Railway to complain about this: “[A]s a non binary person this announcement doesn’t actually apply to me so I won’t listen @LNR.”

While that might seem to be Laurence’s problem, the Railway hastened to respond. “I’m really sorry to see this, Laurence,” they tweeted back, “our Train Managers should not be using language like this, and I thank you for bringing it to my attention. Please could you let me know which service you are on and I will ensure they remain as inclusive as we strive to be at LNER.”

Just so you’re staying with me, the unacceptable language being referred to here was, again: “Good afternoon ladies and gentlemen, boys and girls.”

This sort of language, however, apparently does not just target Laurence. As the Mail noted: “A colleague who was with Laurence at the time and is also believed to be a rail worker defended the complaint. Jarley wrote: ‘Both Laurence and I were customers of the railway — being rail staff does not absolve an operator from the duty of care or responsibility to be inclusive. I was sat with Laurence when this tweet was sent. Both of us are non-binary and we were both alarmed and uncomfortable by the lack of inclusion.’”

Both of the non-binary folx, apparently, were railway employees, but announced they would not be following orders due to the lack of inclusivity. Conservative MP Mark Jenkinson denounced the apology, noting, “You’d be forgiven for thinking this Train manager had unleashed a tirade of abuse … Identify however you like, but can we stop this nonsense?” Paul Embery, a writer with Unherd, chimed in: “Utterly ridiculous. Do you have any idea how this kind of thing come across to ordinary people?”

I suspect Laurence and Jarley don’t care. These complaints are weaponized whining designed to trigger an apology, which functions as a warning to those who find all of this ridiculous. The conductor was not disciplined — this time — but the message sent by the non-binary train-riders was crystal clear: Accommodate, or else!

Of course, short of simply using generalities — “welcome, everyone” — there isn’t any way to accommodate a movement that is racing full-tilt ahead, firmly clutching the goalposts. There are now dozens of genders and dozens of pronouns. Conductors cannot welcome Zees and Zirs; I suspect not even trans activists can conjugate more than a handful of these fictitious formulations. And so, instead, conductors and everyone else will just have to dispense with the pleasantries altogether. A victory, I’m sure you’ll agree, for everyone.