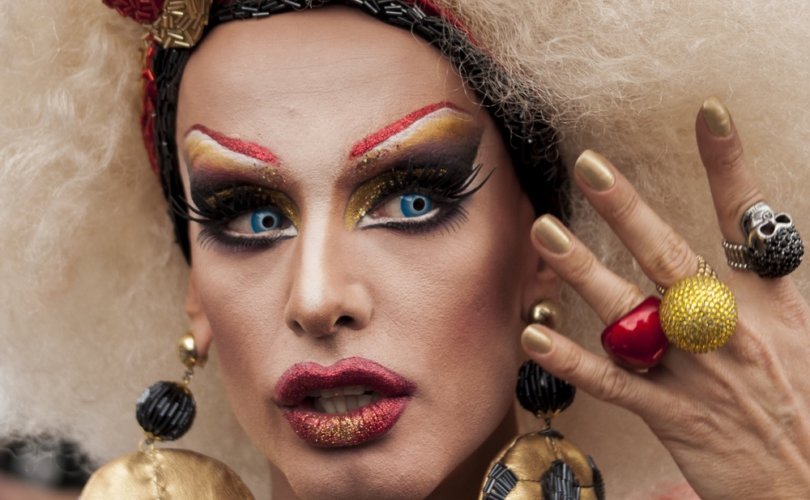 July 20, 2018 (LifeSiteNews) – Time and again, LGBT activists insist that those who bring up concerns about biological men being granted access to private female spaces are merely transphobes in need of re-education. Despite many examples of biological men claiming to be women using their identity to show up in women’s bathrooms, these instances are always ignored or dismissed as outliers being used to “fearmonger.” But the truth is that trans activists are demanding that the premises of gender fluidity be fully implemented into our society, and those premises—including the idea that any person can identify precisely as they choose, regardless of reality—have real consequences for how a society functions.

One recent example of this was reported by the Daily Mail earlier this week. A “transgender prisoner”—a biological male—in the UK had demanded that he be sent to a women’s prison, citing his identity (although he did not have gender “reassignment” surgery). That was deemed acceptable because under the new rules, officials are required to believe that women can have penises, as well. And so the fellow got sent to a women’s prison, where he (allegedly) promptly sexually assaulted four female inmates. As the Daily Mail noted:

It is alleged the first attack took place within days of the inmate arriving at New Hall jail in Wakefield, West Yorkshire. The prisoner, who has been living as a woman for more than two years, was seen visibly aroused during the assault at the high security complex. The alleged victim – an inmate with whom the inmate had become friends with – said she could see the prisoner's erect penis at the time of the assault.

There were signs that the “transgender prisoner” was going to be a problem right off the bat, as the women who found themselves locked in with him claimed that he made a variety of lascivious comments to them as well as making advances, kissing one female prisoner on the neck. His brief tenure at the women’s prison ended abruptly, and the “transgender prisoner” was shipped off to a Category B men’s jail. This incident, reported the Daily Mail, will “reignite” the debate over whether men claiming to be women should be sent to women’s prisons.

If real people weren’t getting assaulted and hurt, this story would read like a joke. What sort of society permits a man in possession of fully functioning male genitalia to go to a women’s prison, based on the absolutely evidence-free assertion that he is a woman? What sort of society is so thoroughly cowed by the enforcers of the decade-old ideology of gender fluidity that it will solemnly accept the assertion that “women can have penises, too”? How is it possible that nobody predicted that a male criminal locked in a women’s prison would do precisely the sorts of things the former resident of New Hall jail is accused of?

It is all so ludicrous and ridiculous, but yet anyone who dares to point out the obvious is immediately crucified in the media as a “transphobe” and the Twitter mobs of the #LoveWins crowd begin swarming and baying for blood. Trans activists will accuse those who have concerns about biological men in private female spaces of the sort of bigotry that causes trans people to commit suicide in order to distract from the very real and very damaging consequences that are beginning to become obvious as their ideology is implemented.