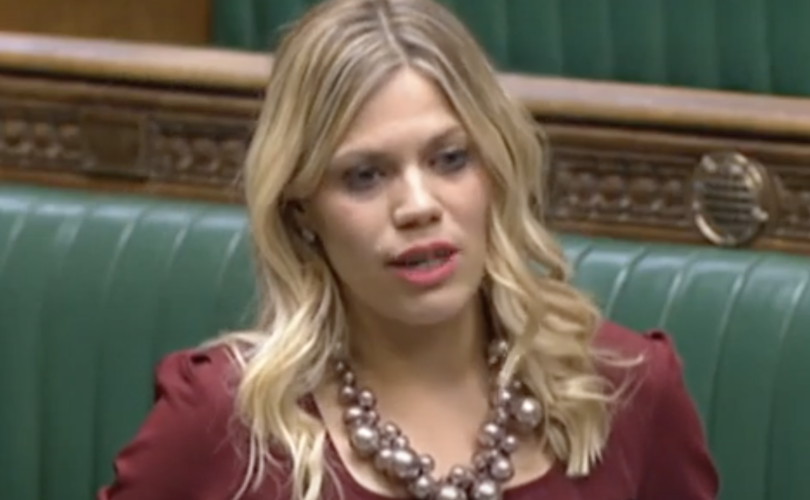 (LifeSiteNews) — In what Scotland’s First Minister Nicola Sturgeon is calling a “full-frontal attack” on the Scottish Parliament, the U.K. Conservative government under Prime Minister Rishi Sunak has decided to block the Scottish National Party’s Gender Recognition Reform Bill under Section 35, stating that the draft law would conflict with the U.K.’s Equality Act.

It is an unprecedented move – while the U.K. government has previously challenged Holyrood laws on the premise that Members of Scottish Parliament have exceeded their powers, they have never stopped a bill due to its effect on U.K. law. In this case, the U.K. ministers explicitly cited the Gender Recognition Reform Bill’s impact on women’s rights.

Section 35 of the Scotland Act 1998 prevents the law from proceeding to Royal Assent.

The Gender Recognition Reform Bill, as we reported last fall, is incredibly controversial even in Scotland, with a majority of Scottish voters opposing the move and many politicians decrying what they called an attack on female-only spaces. Despite that opposition, Sturgeon even voted against an amendment that would have barred violent criminals from legally changing their identity to female, a move that prompted cries of “Shame on you!” in Scottish Parliament.

Sturgeon, however, is vowing to “defend” her bill and will challenge the ruling in court, likely through a judicial review. “In doing so we will be vigorously defending something else, and that is the institution of the Scottish parliament and the ability of MSPs, democratically elected, to legislate in areas of our competence,” she told the BBC.

Secretary of State for Scotland Alister Jack laid out the U.K. government’s reasoning for the unprecedented move. While he took pains to affirm Westminster’s support of the transgender community, he also affirmed the concerns of critics that Sturgeon and her colleagues had rejected. The bill, he noted in a letter to Sturgeon, would have a “significant impact” on protections in existing law, and the BBC reported that he “cited concerns over its effect on legal rights to run single-sex clubs, associations and schools, as well as rules on equal pay for men and women. He added that having ‘two different gender recognition schemes in the U.K.’ risked creating ‘significant complications,’ including ‘allowing more fraudulent or bad faith applications.’”

— Article continues below Petition —
Stand with brave priest who was SUSPENDED after defying the LGBT agenda against his abbot’s wishes!
Show Petition Text
12474 have signed the petition.
Let's get to 12500!
Thank you for signing this petition!
Add your signature:
Show Petition Text

Predictably, Scottish Social Justice Secretary Shona Robison (yes, that’s a real title) was enraged, accusing the U.K. government of a “political” play that highlighted their “contempt for devolution,” despite the fact that the government explicitly outlined their concerns in clear English. “This is a dark day for trans rights and a dark day for democracy in the U.K.,” Robison foamed.

Defenders of the Gender Reform Recognition Act seemed torn between claiming that the government was opposed to Scottish nationalism, transgender rights, or both. Conservative MP Miriam Cates gave a speech defending the blocking of the bill, in which she noted that it could make it “vastly easier for a predator to gain access to children” and that it would have a “chilling effect” on female-only spaces.

“It will change the social contract,” the young female MP stated. “In this country, we recognise in toilets, in changing rooms, in public places there are areas where only women are allowed. I had an experience recently in a restaurant where a man dressed as a woman walked into the toilets – I was on my own in the toilets and he stood behind me and stared at me, looking at me in my eyes. Now I have no idea if he intended me harm, but my evolved instinct as a woman was to be frightened because unlike almost any other species, women are far less powerful than men. We can’t defend ourselves.”

LGBT activists were rendered apoplectic by Cates’ speech, with Labour MP Lloyd Russell-Moyle calling it “probably one of the worst transphobic, dog whistle speeches” he had heard “in a long time,” and Pink News, an LGBT activist outlet, calling it “disgusting.”

READ: Transgender activists will never accept blame for the regrets, suffering of detransitioners

The panic and rage expressed by LGBT activists and their political allies is real. For years, the U.K. has been on the cutting edge of implementing and enforcing transgender ideology on a society-wide level. But recently there are indications that the trans movement may have reached its high-water mark, with the National Health Service shutting down the Tavistock gender clinic as a barrage of lawsuits begins and the NHS formally rejects “social transitioning” and the “affirmative model” for children.

The Tories are not only not conservative, but they also led the way on much of the LGBT agenda – it was Conservative Party then-leader David Cameron who initiated the legalization of same-sex “marriage.” So for the government to use this unprecedented political tool to stop a law championed by the transgender movement is a stunning signal that their power may be on the wane – or, at least, that there are limits to what they can accomplish.

More than that, it is a clear indication that the critiques leveled against their agenda by women’s rights activists, conservatives, and common-sense people are starting to gain traction. Cates’ speech was so offensive because it implicitly rejected the tenets of transgender ideology by identifying the alleged transgender person in the female bathrooms as a male, not a female. Cates also defended single-sex spaces, implicitly identifying men who identify as women as… men.

The fact that this speech was given in the House of Commons is a signal to others that these very basic truths can be expressed – truths that trans activists have been calling hate speech for years. Their desperation here is real. They feel like they might be losing their grip on power, and as always, they want to silence any woman who dares to speak up against them.