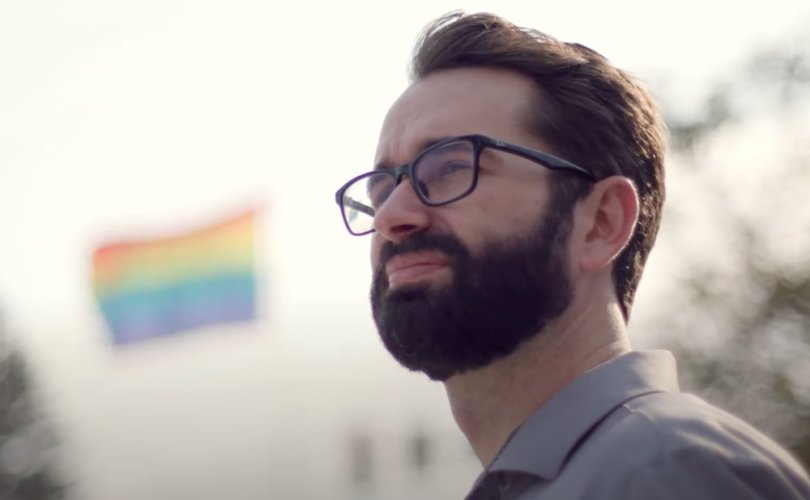 (LifeSiteNews) — Progressive critic Malcolm Harris at New York Magazine has finally watched and reviewed Matt Walsh’s brilliant documentary What is a Woman? As might be expected, he is not happy. The review is such a potent example of the sort of gaslighting our cultural elites are engaged in that it is worth breaking it down. (Even long-time gay activist Andrew Sullivan noted that the screed was sheer propaganda.) He begins his column this way:

Over time, words change. Stretched by the practicalities of real-world usage, our language warps and evolves. It’s an organic, unavoidable, and even auspicious process, but occasionally we’re liable to lose some valuable meaning we can’t easily recover. When that happens, it’s worth consciously deliberating as a society what we’re doing and why, lest the river of language carry us somewhere we don’t want to be.

This is precisely true in many ways. Progressives have been using language to reframe nearly every debate: abortion is “healthcare” rather than killing a pre-born child; sex-change surgery is, after several changes, now referred to as “gender affirmation surgery”; assisted suicide is referred to as “medical aid in dying.” The battle over “deadnaming” and pronouns are essentially wars over how we discuss the issue of gender itself, with trans activists wanting to ban speech they don’t like and compel speech they do like in order to strangle the debate. But of course, that’s not what Harris is getting at here.Bottom of Form

He insists that the documentary is fundamentally wrong-headed because there are “mountains of evidence” that “people can change their gender.” Thus, the titular question is actually a “religious precept” that Walsh has “disguised” as “a reasonable question.” For those ignoring Walsh, Harris warns: “It’s an effective strategy, and the majority of us who understand the factual existence of trans people can’t afford to ignore them.” Of course, we do not reject the idea that people who identify as transgender exist, as this framing suggests. We question the idea that someone can change their sex or gender—it is an argument about premises, not personhood.

Harris’ most interesting observation is that Walsh and other conservatives are now using the political tactics pioneered by the folks at The Daily Show in the early-to-mid 2000s:

These are What Is a Woman?’s formal antecedents; the Daily Wire team is trying to do for anti-trans politics what Jon Stewart did for gay marriage. As the straight-man (so to speak) interviewer traveling the country with camera in tow, eager to stump his enemies with facially neutral questions, Walsh resembles no one so much as conservative bugaboo Michael Moore. Like his predecessors, Walsh lets his opposing subjects make their case on their own terms; he’s not there to argue with them. When I watched the movie, I found the pro-trans voices presented more or less fairly.

Having watched a few Michael Moore films—especially the unintentionally hilarious Fahrenheit 11/9—I’d question the comparison. But it is true that Walsh was fair to his interviewees (and I’m surprised that Harris admits it), and the analysis rings true. Walsh presents common-sense questions that the vast majority of people immediately answer in their head—and then the gender activists spout off some mind-bending garbage that requires several years of brainwashing to believe. Harris himself has gone through that process—he thought this interviewee—the guy who thought the term “truth” was transphobic—was eloquent. Watch and decide for yourself.

READ: Why are so many children claiming to be ‘trans’?

When it comes to the critics of gender ideology that Walsh interviewed, Malcolm Harris is dismissive. The physician laying out the negative side-effects of “transition” he labels “hateful” without so much as engaging a single one of her arguments; a de-transitioner’s heartbreaking account of how sex change surgeries result in a lifetime of medical treatments and the loss of both sexual function and fertility he writes off as “a regretful phalloplasty recipient”; the female student who found that she and the other girls who had trained for years were being left in the dust by biological males identifying as girls and dared to complain that this was obviously unfair is dismissed as “a sore-loser cis student athlete.” (This reminded me of Norm Macdonald’s definition of the word “cisgender”: A term used to marginalize a normal person.)

Rather than engaging these critics, their evidence, of their stories, Harris instead attempts to ludicrously claim that Walsh’s film is a call to trans-bashing:

“I’m done asking questions,” Walsh says 78 minutes into the 95-minute runtime. Then he picks up a metal folding chair and hurls it against the bulletin board on which he’s pinned pieces of source material, including pictures of his trans subjects. This is where the film changes tone, from faux inquiry to what I saw as an incitement to violence.

Seriously? What can one say to that besides “Grow up”? Harris’ review is like a case study for “This Is Your Brain on Ideology.” He writes off Walsh as a crazy Christian fundamentalist; his interviewees as whiners, cranks, and bigots; finally, to top it off, he insists that a documentary storyboard gimmick is “an incitement to violence.” This, he says, is “the anti-trans playbook,” of which “Walsh is the player-coach”—and this “plan is working.” How? Not, according to Harris, by producing a documentary that has become the catalyst for thousands of discussions—but because “Pride month looks to have a casualty count.” With that lazy causal link established without the slightest shred of justification besides the baseless accusation that Walsh chucking a chair at a bulletin board is an “incitement to violence,” Harris concludes that: “If Walsh and his ilk are successful, next year’s will be higher. They’re begging for it.”

Malcolm Harris’s review is the perfect microcosm of how the transgender movement functions. How do they bully parents and families into accepting overnight name-changes and identify transformations from their young children? By telling them that if they do not, their son or daughter will commit suicide and they will literally have blood on their hands. And how do trans activists—and Malcolm Harris is certainly one of them—silence critics when they bother to engage them at all? By doing what Harris just did: accusing Matt Walsh and The Daily Wire of attempting to start a fundamentalist jihad against transgender people.

The reality is that tens of thousands of children are being physically destroyed by the practitioners of the ideology that Malcolm Harris is promoting. If he’d bothered to watch the heartbreaking stories in Walsh’s film, he might have figured that out.