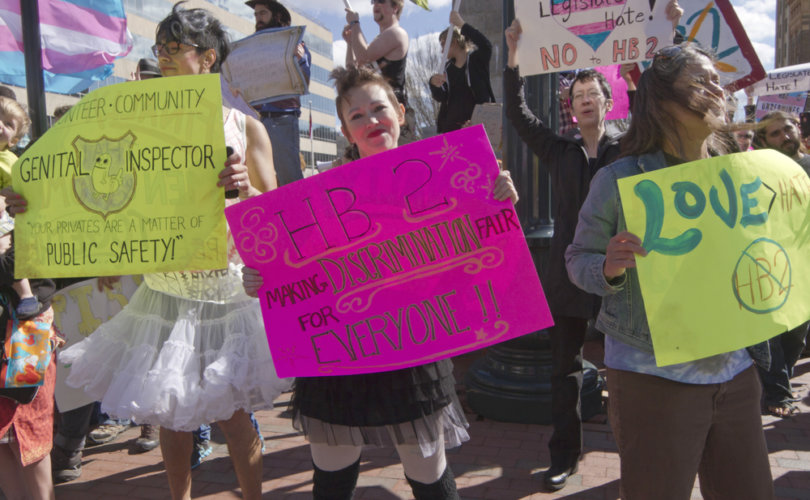 Aug. 26, 2016 (LifeSiteNews) – There are many pressing issues that have come to the forefront over the last two decades as the new post-Christian consensus crowds into spaces once dominated by those who took Judeo-Christian values for granted. “The illusion of a Christian majority is now gone,” Russell Moore of the Southern Baptist Convention noted, “and churches are going to have to articulate things they used to assume.”

This is going to be more difficult than it sounds. The first and most important challenge is for parents, who must devise ways of ensuring that they pass their beliefs and values on to their children. Gone are the days when the culture’s residual reliance on Judeo-Christian assumptions could reinforce what was heard in church and at home. Gone, in fact, are thousands of the churches. Instead, parents are faced with the task of teaching their children beliefs and values that run counter to virtually every cultural influence faced by children today: Hollywood films, the music industry, television shows, the state school system, and in many cases, even the government promote values that run directly contrary to the Christian worldview.

“Multiple kindergartners were pulled out of the school due to the confusion (and even trauma) they experienced from watching a boy “transform” into a girl. Five-year-old children know there are differences between boys and girls and this was beyond their ability to comprehend. Parents reported that their kindergartners were asking if they could grow up to become the opposite sex.”

What is more dangerous still is the fact that the state is making an active attempt to stand between parents and children, utilizing the public school system not simply to teach, but to pass on a new set of values, values rooted not in Christian tradition but in the Sexual Revolution. That is why battles over sex education in Ontario, much to the confusion of the enlightened cosmopolitans in the chattering classes, provoked such a heated confrontation between the government and communities of traditionalists of all faiths: because each side was claiming the right to pass on values to the children. The state is insisting that their educational arm should teach children about sexuality, from their own perspective, with no right to “opt out.” Parents recognize that they are fighting for the religious and cultural identity of their children, and are insisting that the state stay out.

The state has no intention of doing so, of course. One particularly stark example is a letter published by Alberta’s Education Minister on August 16, titled “An open letter to Alberta’s students,” which was then posted to Facebook:

A few weeks from now, you and thousands of other Alberta students will head back to class. And when you do, you have rights that your schools will respect.

You have the right to feel safe and welcome at school.

You have the right to use the washroom that is consistent with your gender identity. I want you to know that I will support each and every one of you. Together, we will make sure that the rights you have, and the policies your school boards have worked on, are being lived out in your schools.

As Minister of Education, I have been working with your school boards to make sure that our schools are welcoming and caring. All boards have created new policies to support LGBTQ students and they will now come to life in your schools.

In the coming weeks, Alberta Education will be promoting new resources to make sure that schools are safe and welcoming. You can also reach out directly to my staff, who can help you ensure your rights are being respected, at [email protected]

As we stand together, let’s embrace the differences in one another.

We will all be better for it in the long run.

And remember: I’m with you one hundred per cent.

By “with you,” Eggen does not mean parents who send their children to state schools. In fact, by writing a letter directly to the students, he sent a strong message to those parents who do not agree with the LGBTQ agenda and to those schools who do not wish to have these radical ideologies forced on them: Comply. We have the right to educate your children as we see fit.

Rod Dreher over at the American Conservative uncovered a chilling video a few days ago that revealed the lengths to which the state’s post-modern educators are willing to go to enforce their new ideologies on their guinea pig students. Bob Mosier, the chief communications officer for a country school system in Maryland, informed his audience that transgender ideology trumps everything, even safety. When it comes to overnight field trips, for example, Mosier announced that biological males claiming to be female had the right to be housed with the girls. “The answer is, they sleep with the females,” he stated. “That’s not the easy answer; it’s the right answer.” Further to that, not only are teachers not obligated to inform parents of such a situation, they are actually forbidden to inform parents. The privacy of the students is paramount.

Dreher has been collecting the testimonies of parents who are making the tough but necessary decision to pull their children out of the state school system as the gender ideologues successfully turn these institutions into their personal laboratories.

One mother’s analysis is both depressing and scary:

Students in the school were not immune to what was happening. Multiple kindergartners were pulled out of the school due to the confusion (and even trauma) they experienced from watching a boy “transform” into a girl. Five-year-old children know there are differences between boys and girls and this was beyond their ability to comprehend. Parents reported that their kindergartners were asking if they could grow up to become the opposite sex. The high school saw similar confusion. Two girls spoke out at a board meeting, claiming to be gender non-conforming. The GSA club focused its efforts exclusively on the transgender issue and papered the walls of the high school with signs stating that “Sex Does Not Equal Gender.” There was much discussion at lunch and on the playground of the transgender issue, even among the younger children. My fourth-grader chose not to talk about it all after he determined he was in disagreement with most of his friends. Parents started wearing bright purple buttons to school every day indicating their support of gender ideology. They were impossible to miss and prompted questions from many of the students.

Keep in mind here that not only is the science not “in” on the transgender issue, the available science that we do have is at direct odds with the prevailing gender ideology. The head psychiatrist at John Hopkins University announced that they would no longer do sex reassignment surgery because it was damaging and dangerous. Gender dysphoria is still recognized as a diagnosable mental illness—but you won’t have heard that recently, so loud is the din coming from the gender ideologues who feel that the science is “transphobic.”

At the end of the day, Christian parents are going to have to make the difficult decision to pull their children out of the state school system, or risk losing them. “We cannot continue to send our children to Caesar for their education,” Rev. Voddie Baucham has noted,” and be surprised when they come home as Romans.” Christian schools or private schools are an option for some. Homeschooling is an option for others. But regardless of which option is chosen, Christians have to discard the dangerous idea that they can permit their children to be educated by the state and still expect their children to retain Christian beliefs and values.