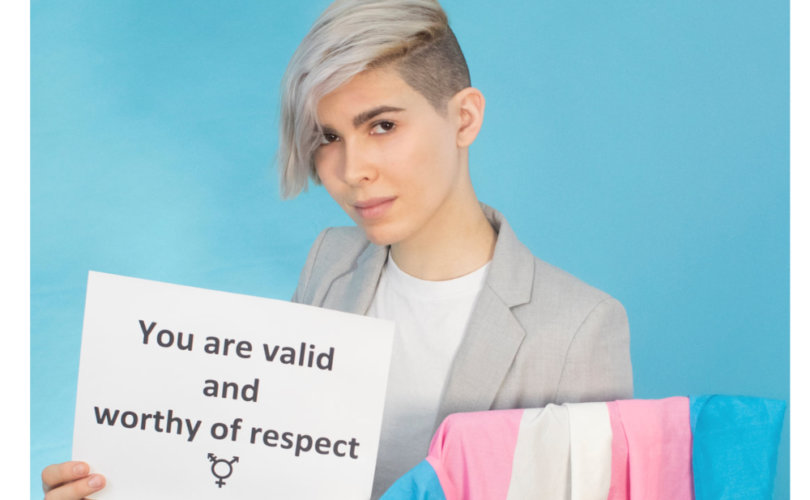 (LifeSiteNews) — Twenty-seven-year-old Eli Erlick is something of a celebrity in the transgender community. A man identifying as a woman, he made the news at a young age for LGBT activism and has been featured in Buzzfeed, USA Today, the New York Times, Rolling Stone, CNN — and has been dubbed as being among “the new faces of feminism” by Teen Vogue.

One of his claims to fame is being the first “under 18 years old to be approved by his insurance company for sex reassignment surgery.” In addition to being a trans activist, Erlik is a PhD candidate at the University of California Santa Cruz. He is also likely a criminal.

On his social media, Erlick has promised to send prescription hormone pills to any American youth who request them and cannot access these drugs themselves.

According to Erlick (in a since deleted Instagram post): “If you need hormones, I’m working with a distribution network to get you access…Everything is free, no questions asked. We have hundreds of doses of testosterone, estradiol, and spironolactone available right now. All are prescribed by doctors and unused…DM me if you need HRT.” In short, Erlick is offering himself as a drug dealer to minors who believe themselves to be transgender—and it is illegal to mail prescription drugs across state lines.

According to one video, Erlick states that this has been his practice for some time: “Every month, for the past several years, I ordered a double dose of hormones and testosterone blockers. I save all the extra pills for my best friends, my closest lovers… I just hope these little pills can bring some joy into their lives.”

But it gets worse. Breitbart has reported that Erlick has been credibly accused of sexual assault in connection with the transgender activist organization Trans Student Education Resources that he launched in 2011 when he was 16, an organization “dedicated to transforming the educational environment for trans and gender nonconforming students through advocacy and empowerment”—one of the largest trans organization in the US. In a Tumblr post, an accuser describes being victimized by Erlick and supplies screenshots of texts to back the claim, calling Erlick a “rapist” and “abuser.” From Breitbart:

The post accuses Erlick unambiguously, saying “Erlick raped me and continued to emotionally manipulate me into an abusive polyamorous relationship.” The harrowing post goes on to say “I know that when Eli has an ounce of power over someone, she WILL abuse that power and exploit their body.”

The post even claims “When I confronted her about the countless ways she abused and raped me she has acknowledged that she had done these things and even agreed with me that she was a danger to our communities.” The post alleges that Erlick “is someone who literally keeps a scorebook of her conquests, originally titled the 100 list, with the intention of expanding her conquest goals each time she met them. Eli views the bodies she is intimate with as tallies in her book of conquests to do whatever she wants to.”

The archived post includes text messages between the two. Erlick does not deny allegations of assault in the text message screenshots. He does, however, say “I don’t deserve your emotional labor or trust. You should protect yourself.” He also says “I’ve become so horrified with my own actions” and “I am guilty and have no way of escaping it.”

Others have made similar allegations on social media; one alleged victim has committed suicide since accusing Erlick.

It has been reported that one of Erlick’s alleged victims has since committed suicide less than three years after publicly detailing the story of sexual assault. Erlick does not appear to be facing any charges or investigations at this time.