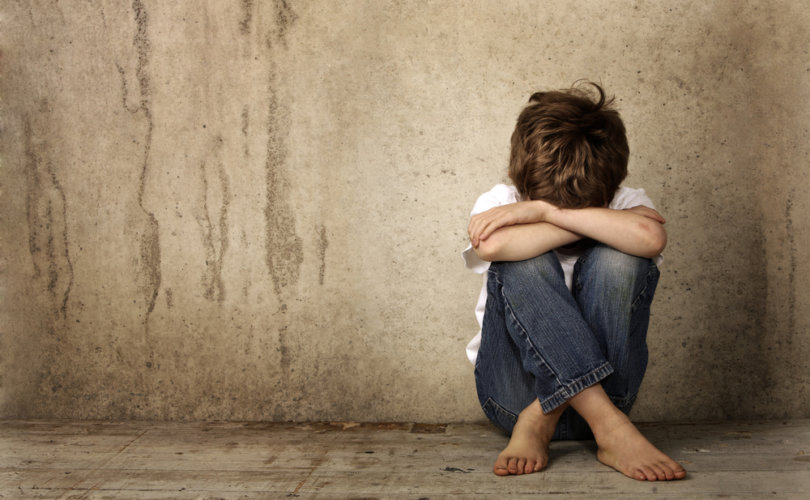 (LifeSiteNews) — Allyn Walker is a biological woman who identifies as a transgender male, and she is an assistant professor of sociology and criminal justice at Old Dominion University in Norfolk, Virginia. Her recent book — released in June — aims to embark on the cultural mission of “destigmatizing” pedophilia — although she refers to it as “minor attraction.”

Titled A Long, Dark Shadow: Minor Attracted People and Their Pursuit of Dignity, she noted in a recent interview that she uses that term because it is the one pedophiles prefer, stating that “MAP advocacy groups like B4U-Act have advocated for the use of the term, and they’ve advocated for it primarily [because] it’s less stigmatizing than other terms like pedophile.”

Challenging widespread assumptions that persons who are preferentially attracted to minors — often referred to as “pedophiles” — are necessarily also predators and sex offenders, this book takes readers into the lives of non-offending minor-attracted persons (MAPs). There is little research into non-offending MAPs, a group whose experiences offer valuable insights into the prevention of child abuse. Navigating guilt, shame, and fear, this universally maligned group demonstrates remarkable resilience and commitment to living without offending and to supporting and educating others. Using data from interview-based research, A Long, Dark Shadow offers a crucial account of the lived experiences of this hidden population.

The interview was conducted with a group called Prostasia, which advocates for legalizing child sex dolls in order for pedophiles to have an outlet for what they insist is a form of sexuality. According to the media outlet 4W, B4U-Act “was founded by convicted multi-child rapist Michael Melsheimer for the explicit purposes of normalizing pedophilia and distracting from prevention efforts. In Melsheimer’s own words, he wanted to ensure B4U-Act was never associated with the ‘prevention of offending.’”

Walker does not go quite that far, stating that she avoids the question of whether pedophilia qualifies as another form of sexuality. She does, however, cozy up to the concept, noting that “on one hand, just because someone has attractions to children, doesn’t mean that they will never experience attraction to adults as well, or even that their attractions to children will persist for their entire lives … Sexuality can be fluid, and there are many MAPs who have a range of attractions to both children and adults.”

She then states that as a “queer” person, she understands the struggle of pedophiles: “Although I’m not a MAP, myself, I am queer, and so I too, have been through experiences and realized that I have attractions many people wouldn’t understand, and that some people find to be immoral. And those experiences have really shaped who I’ve become. And so I sort of empathize with those experiences, and I wanted to learn more.”

It would be easy to shrug off Walker’s book and her words as another wacky academic advocating for something beyond the pale, but if the last few decades have taught us anything, it is that vile ideas do not stay in the universities — they spread to the culture. As Rod Dreher put it on Twitter: “Totally fine. I’m sure these people are being completely honest that they don’t want to bonk children, they only wish not to be stigmatized. Surely there’s no such thing as a slippery slope. Surely this time it will be different. Surely.”

I echo Dreher’s concerns. He lays out the progression of this sort of thing on his blog:

Allyn Walker is playing with fire. Surely there must be some way to get these suffering people the help they need without moving towards considering pedophilia just one more “sexual orientation.” Because if it ever should become that, we are halfway to legalizing it, following the same path that standard homosexuality took. If sexual desire is the equivalent of identity, and if to sexually desire minors is at the core of one’s identity, then how can we stigmatize or otherwise suppress pedophiles if we recognize that other kinds of sexual minorities have civil rights? Anybody who has lived through the last twenty years knows that sexual identity and the law is a slippery slope. This needs to be crushed right now, without apology.

Without apology, and without nuance. This is grotesque, and if we ever lose the ability to recognize that and say it loudly, God help us.