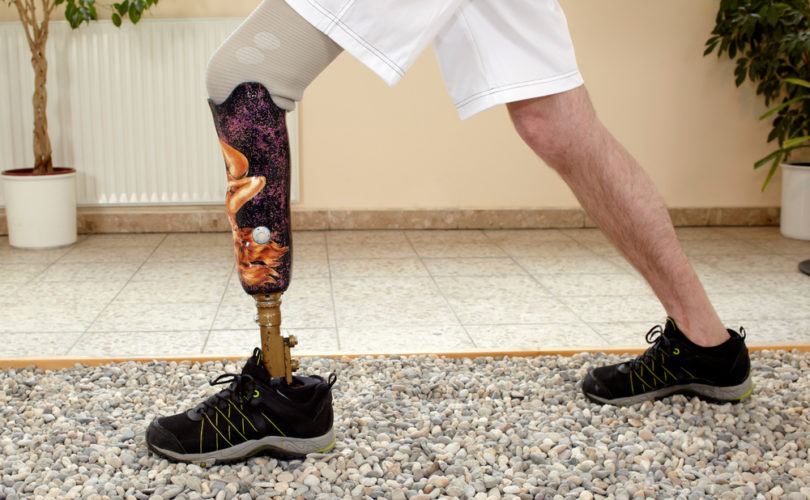 Ideas have consequences. We used to understand this.

Examples of the truth of this are everywhere. Once we accepted the premise that the pre-born child in the womb is of no value, then we saw wide-spread slaughter, regardless of whether those legislating this premise intended abortion to be “safe, legal, and rare.”

Once we accepted the premise that sex is not intended to be both unitive and procreative in its purpose, then, as one writer dryly put it, society accepted that “any orifice will do.”

Once we accepted that monogamy is outdated and unrealistic, regardless of our intentions in doing so, we soon saw – and are seeing – any number of bizarre couplings, throuplings, and polyamorous relationships validated and celebrated.

And so it is too with the idea, most recently celebrated on the cover of Vanity Fair with Bruce Jenner posing as his new alter-ego, Caitlyn Jenner, that how we feel should trump what we are.

And it is these arguments that are being used by a community that is just starting to make its voice heard: The “transabled.”

The National Post ran a feature on “transabled” people yesterday, beginning their story with a shocking account of a man who intentionally cut his right arm off. “One-Hand Jason,” as he calls himself, is apparently not the only one. From the Post:

“We define transability as the desire or the need for a person identified as able-bodied by other people to transform his or her body to obtain a physical impairment,” says Alexandre Baril, a Quebec born academic who will present on “transability” at this week’s Congress of the Social Sciences and Humanities at the University of Ottawa…

[Within this community] Many people, like One Hand Jason, arrange “accidents” to help achieve the goal. One dropped an incredibly heavy concrete block on his legs — an attempt to injure himself so bad an amputation would be necessary. But doctors saved the leg. He limps, but it’s not the disability he wanted.

We instinctively feel that this is a form of mental illness, or some cognitive malfunction. And indeed, this is how the “transabled” were originally approached. But things are changing:

The transabled are very secretive and often keep their desires to themselves, Baldwin says. One 78-year-old man told Baldwin he’d lived with the secret for 60 years and never told his wife.

Some of his study participants do draw parallels to the experience many transgender people express of not feeling like they’re in the right body. Baldwin says this disorder is starting to be thought of as a neurological problem with the body’s mapping, rather than a mental illness.

“It’s a problem for individuals because it’s distressing. But lots of things are.” He suggests this is just another form of body diversity — like transgenderism — and amputation may help someone achieve similar goals as someone who, say, undergoes cosmetic surgery to look more like who they believe their ideal selves to be.

It should be no surprise to anyone that the language of tortured, secret desire as well as bodily autonomy and the right to self-expression are being co-opted here by yet another “community.” They feel that they are perfectly normal—that it is reality that must be bent to fit to suit their desires, regardless of how ill-fated and self-mutilating those desires might be.

But we have, to a large degree, already accepted the idea that people can use surgery to slice and snip and alter themselves into different genders, so why would we deny this community those same rights?

For those who might be angry that I would draw that connection, I have to point out that it has already been drawn:

As the public begins to embrace people who identify as transgender, the trans people within the disability movement are also seeking their due, or at very least a bit of understanding in a public that cannot fathom why anyone would want to be anything other than healthy and mobile.

And, just as those seeking to redefine marriage reacted quite angrily to those who pointed out that identical arguments could be – and already have been – used to support polygamy, transgender activists are not pleased with the fact that their logic is being applied to a community they – at least for the moment – disagree with:

But this has been met with great resistance in both the disability activist community and in transgender circles, argues Baril, a visiting scholar of feminist, gender and sexuality studies at Wesleyan University in Middletown, Connecticut.

“They tend to see transabled people as dishonest people, people who try to steal resources from the community, people who would be disrespectful by denying or fetishizing or romanticizing disability reality,” Baril says, adding people in both transgender and disabled circles tend to make judgmental or prejudicial statements about transabled people. “Each try to distance themselves.”

Of course they do. As the sexual activists of all stripes have opened the Overton window wider and wider, they pause only to claim that the logic they use will never be co-opted by a group a bit further outside the boundaries. And yet, once those arguments are accepted, society is forced to apply them to increasingly bizarre manifestations of “self-expression.” And when it comes to the arguments that “transabled” activists are beginning to make, we have painted ourselves into a corner. After all, our society has already accepted virtually all of the premises that they will surely use to make their case.

Ideas have consequences, and those consequences impact more people than just the small minorities speaking into gigantic microphones. If self-harm, for example, were to become considered legitimate self-expression, what do we say to teenagers who engage in the same activity—especially if they say they do it because it makes them feel good? Some might scoff, and say that this is a bizarre slippery slope argument. But the same was said about euthanasia, when critics pointed out that enshrining in law the right to die because of “interminable suffering” could easily be applied to those suffering from depression—and in Belgium and the Netherlands, it already has. The originally hypothetical question of whether to send someone who is suicidal because of severe depression to an “assisted dying” facility or a suicide-watch facility is already one that is very real, and very terrifying.

We have lost the ability to trace premises to their logical conclusions. That is probably because the logical conclusions that can be drawn from much of the radical new experiments our society is embarking on seem so ludicrous. But unfortunately, those conclusions are not just fantasies created by moral panic in the deluded minds of social conservatives. They are predictions that are, one by one, turning out to be prophecies.