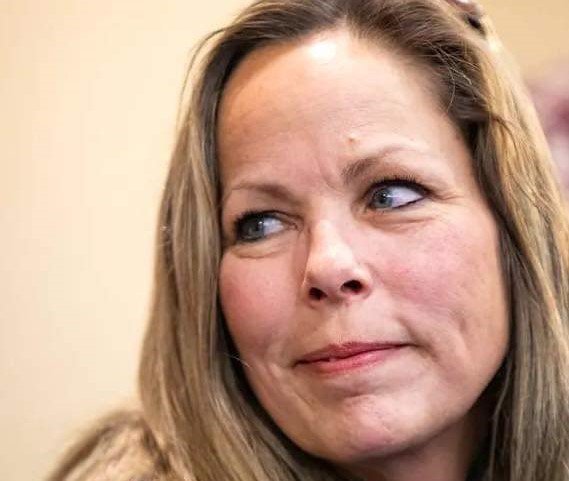 (LifeSiteNews) – It has been a few months since the historic Freedom Convoy took place, and those halcyon days of a patriotic party in front of Parliament seem like something in the distant past.

We all remember the scene: Thousands and thousands of vehicles, trucks, and freedom fighters united in a magnificent display of love of country as they embraced one another in the hopes that our tyrannical despot named Justin Trudeau would tone down his rhetoric and stop persecuting unvaccinated Canadians.

Well, we also remember how it ended. Trudeau enacted war-time powers reserved for national terrorist attacks. And amid the hot tubs and bouncy castles and peaceful fun-loving sing-alongs, the COVID Brownshirts came in and stomped grandma with a Clydesdale as they unceremoniously crushed the demonstration.

Things seemed really dark in this country after that. It seemed like Justin Trudeau had won, despite all the love and pro-Canadian sentiment that had set the streets of Canada and her capital on fire with a burning desire to live as free men.

The Freedom Convoy was the largest and most significant protests probably in Canadian history. It was also peaceful, and it was something that inspired the whole world. We were asking ourselves: If Trudeau can destroy this, then what chance do we have?

Well, as the saying goes, “it is always darkest before the dawn.”

The Convoy dawned a new day of national organization among freedom-loving Canadians in a nation separated by so many millions of miles. Not only that, but out of the dreary COVID hysteria that hypnotized the Great White North came an unlikely hero.

Her name is Tamara Lich, and the Justice Centre for Constitutional Freedoms (JCCF) produced an emotional and inspiring video called “The Convoy that United the Country” that detailed her role as a leader of the movement, and as a hero who we can all admire.

The viewer should be advised that it is likely your eyes will water, and not because of allergies. But it is also the case that if you love this country, your heart will beat a little more intensely with the red and white of the Maple Leaf.

The JCCF awarded Lich their annual George Jonas Freedom Award for her efforts as the matriarch of the Convoy.

The video that the JCCF put together to detail her journey from an unlikely Metis woman standing a little over five feet tall to a hero who towered over the black shadow of Trudeau’s COVID tyranny will pull at your heart strings.

This nation of ours was built on the blood-soaked earth of the Canadian martyrs who believed in the reality of true freedom so strongly that they ventured into the heart of an unforgiving tundra to preach the Truth who would set man free. They were willing to leave the comfort of their homes and face brutal torture from those who hated the Good News, yet they persisted.

It is only fitting that Lich, a God-fearing woman and descendent of the Native tribe that represents the harmonious marriage of French and Aboriginal ancestors, would be the figure who led the charge across the unforgiving roads of the Canadian winter in order that the ice-cold grip of Trudeau’s tyranny would be thawed.

Freedom is a bit of an ethereal concept, which is to say it is hard to define.

Freedom is not the same thing as “license,” which means to be able to simply do something just because you can. For example, you have a license to drive, but not the freedom to drive recklessly.

We all recognize that there are limits to what we can and cannot do in public or to another person, and reasonable people can discuss the limits and mechanisms of enforcement to ensure true freedom thrives.

Lich and the lovers of true freedom who participated in and supported the Convoy are, in my opinion, something like an archetype for true Canadian freedom.

We are not a revolutionary people. It is just simply not in our historical DNA. We are loyalists, and as the founding documents of the Dominion of Canada state,  “It shall be lawful for the Queen … to make Laws for the Peace, Order, and good Government of Canada … ”

All we want is for the Ice Queen in Ottawa to live up to the legacy of our nation and operate in such a fashion.

When the positive laws of a society fail, and the human institutions are corrupted, we are obliged under justice to adhere to the higher laws of the Natural Law.

It has been clear for a long time that Trudeau and his cronies care not for morals or ethics, and even common sense, and that their laws are hurting millions of Canadians unjustly. Therefore, Lich and others did the rational thing and responded proportionally to the threat leveled against our nation.

They did not fire guns, or burn buildings, or coerce innocent Canadians into shoving foreign objects into their bodies that they were not comfortable with – the government did that.  So the patriots responded in an archetypal Canadian way: They had a party in the snow and loved their neighbours as themselves.

It is telling that the government of Canada enacted the most severe possible measures in order to deal with a jovial demonstration centred on true freedom and love of country.

The fight is far from over

I am not a defeatist, and I have not choked on enough red pills to believe that my country is lost, or that Trudeau will be in power forever. It is ahistorical to think that a failed drama teacher can strangle a nation without consequences for an indefinite amount of time.

Like all the maniacs of the past, Trudeau will fall, and his kingdom of darkness will be destroyed by the Light of Patriotism that emanates from the heart of Canadians like Tamara Lich.

Populous conservatism is growing at an exponential rate in this country, and even “normies” are sick of the COVID theatre.

Trudeau has attempted to make himself larger than life and to stand as tall as he could over the nation of patriots he so vehemently despises.

As this nation continues to re-emerge as the Canada that people of good will built, it will be heroes like Tamara Lich who will stand head and shoulders above the effeminate weaklings like Justin Trudeau who will have faded into obscurity.