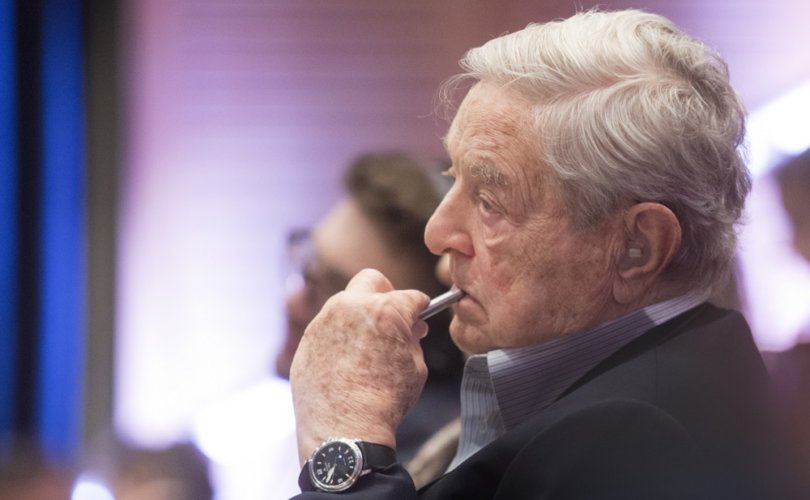 (LifeSiteNews) – This is Day 9 of our all-important and essential Fall Campaign. I hope you enjoyed my lunch-time emailed note to you yesterday commenting on Tuesday’s Daily News. Once we get to half-way in these campaigns, it becomes more urgent to reach our goal.

To express how much the LifeSiteNews truthful news mission means for you, please make a donation by today clicking here.

I was incredibly busy discovering and sending numerous additional story pitches to our editorial team yesterday, in addition to writing this note and much, much more.

Oh, how we wish we had 10 more writers to give those stories to, but then, you might not be able to read that many articles. You will be seeing many of those reports over the next few days.

Tucker Carlson is one of our heroes. Yesterday, we reported how he debunked the frequent, totally false claim that transgender surgery prevents suicide. He presented solid research revealing that those convinced by money-hungry hospitals and surgeons to allow themselves to undergo this perverse surgery are “19 times more likely to kill themselves.”

We have known this for years. It makes total sense. Unlike most other news media personalities who are deathly afraid of being targeted as “haters” for being that honest, Tucker has a heart for gender-confused people, and for common sense. He accepts that someone has to tell them the truth in order to save them from the nightmare they will go through if they agree to have these bizarre, life-altering procedures done to them. Bravo for Tucker Carlson!

There is another article about a report revealing that Vanderbilt University Medical Center promoted transgender surgeries to make ‘huge money.’

In explosive videos uncovered by The Daily Wire’s Matt Walsh, Vanderbilt staff casually state, “If you don’t want to do this kind of work, don’t work at Vanderbilt.” They promoted “gender transitions” for minors as a “huge money maker” and saw moral objections to participating in the practice as a problem to be punished. This is NOT medicine. It is cruel, vile human exploitation for extreme profits. They can’t possibly care about the welfare of their gender-confused customers. I would not call them “patients” from the way that hospital has been treating them. They should be jailed for doing this rather than receiving so much money.

The Twitter hashtag #TrudeauMustGo is exploding on the Internet with over 2 million shares the last time we checked yesterday afternoon. This is good news! However, Twitter is shamelessly trying to hide the numbers. There are more people with common sense than the social media giants want you to know.

Trudeau is tearing Canada apart, turning Canadians against each other, decimating the economy, throwing away taxpayer funds in the many billions into all kinds of radical programs, especially those promoting abortion, transgenderism, explicit sex “education” and population control, both domestically and around the world.

Trudeau has imposed destructive Great Reset policies in Canada, attempted to destroy the world’s third largest, Canadian fossil fuel industry, and has imposed useless, long-outdated COVID policies and on and on.

Trudeau is now seen by a majority of Canadians as the worst Prime Minister in history. The New Democratic Party, that is keeping Trudeau in power because of a special agreement with him, must also be defeated for its role in supporting what Trudeau has done to Canada and betraying the party’s core constituency and founding policies that favored the working man and the little people.

There were also a number of crucial LifeSite reports yesterday related to massive corruption within US government agencies and the Biden administration, as well as reports on promising new efforts to root out the deep corruption.

There is justice coming related to US-funded research and health agency actions found to have been responsible for illegal development of COVID-19 developed SARS-COV2 in the Wuhan lab.

Dr. Evil, Anthony Fauci, and his co-conspirators, including CDC director Dr. Rochelle Walensky, and a host of others who took control of the American biosecurity state, finally appear to be on the way to serious criminal charges and jail. We have to thank the heroic efforts of whistleblowers and many independent investigators for this. It is reported that the US institutions and individuals such as Fauci, “that facilitated this war on the American public must be abolished and dismantled, and the individuals responsible within them held to account for their roles.” It is about time and long overdue.

Along the same lines, Dr. Mercola presents detailed evidence that Big Tech, in collusion with US government intelligence agencies and the Department of Homeland Security, has become a pillar of massive, highly illegal gov’t surveillance of all Americans. The Patriot Act unfortunately facilitated most of this nightmare. That act has got to go, along with most of those agencies. Many have concluded the rot is so deep and extensive that the agencies, including the FBI, CIA, CDC, NIH and FDA, can no longer be saved or reformed. They now present a serious threat to the American people and to Constitutional governance.

Andrew Coy writes a blunt, appropriate, necessary condemnation of Biden’s recent, “macabre,” “evil” speech in Philadelphia targeting Republicans and indicating that “we are living in a truly evil time” requiring “courage.” Coy justly writes, “this is not politics as usual. This is a very sinister time.”

He adds, “What we have seen the last two years, and especially the last few months, can only be explained in one word, evil, in which Biden and the Democrats are calling half of the American people an enemy to the homeland.” We have all got to start using such explicit language about what these people are doing to us and our nations.

George Soros, whose “chief mission is the downfall of America,” is also noted in another America Thinker article today on LifeSite as related to all the above. The author writes that “Billionaire George Soros is that rare megalomaniac who not only believes he’s a god but revels in behaving like one,” and we should presume that Biden, and Trudeau in Canada may tend to think somewhat the same of themselves as evidenced by their behavior.

We are in a time demanding strong, peaceful resistance to all of these tyrants, otherwise, we will surely lose all of our rights and freedoms.

We just love being able to report that a California nurse fired for refusing the COVID jab heroically gave a powerful testimony against her county’s vaccine mandate. If only many more nurses, doctors, and others did the same.   John-Henry has another show that you should watch today in which he interviews humanitarian activist Gia Chacón, founder and leader of For the Martyrs who devotes her life to raising awareness about the persecution of Christians worldwide.

Those are only some of the tremendous reports that we published for you yesterday. There are many more. That was a preview. If we had the financial and other resources to reach many more millions with these articles, there would be a great awakening and a consequent great resistance that would restore our nations to what they should be. That is one of LifeSite’s primary goals.

But we need your help – financial help to continue this attempt to change the culture.    We also need your prayers. If you cannot make a donation this time, PLEASE, at least pray for the success of this campaign and for the work of LifeSite in general. We sincerely always value and depend on those prayers.

Will you please help with a generous donation today? Click here to donate.

God Bless you all,